He doesn’t know what he’s doing.

Although Senator Ted Cruz drew boos from many in the crowd and was panned by some journalists, he ended the night better-positioned for a possible 2020 race than either Wisconsin Governor Scott Walker or Senator Marco Rubio. 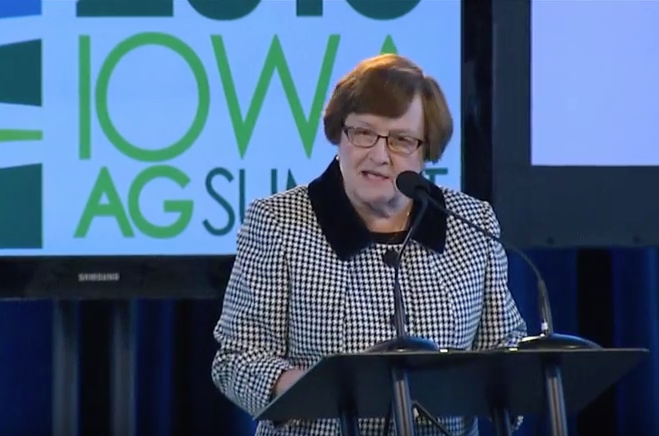 A year ago this weekend, nine presidential candidates, both of Iowa’s U.S. senators, three of our U.S. House representatives, Governor Terry Branstad, and Lieutenant Governor Kim Reynolds were among the speakers at Bruce Rastetter’s inaugural Iowa Ag Summit. Wisconsin Governor Scott Walker was the early front-runner in the presidential field and had just rolled out his first big batch of endorsements here. Although Donald Trump had recently hired heavyweight conservative organizer Chuck Laudner, few people expected him to be a strong contender for the Iowa caucuses. The billionaire didn’t make it to Rastetter’s event; like Marco Rubio, he initially accepted the Ag Summit invitation but developed schedule conflicts later.

Jeb Bush looked like a strong presidential contender in March 2015. He was raising money like no one else in the GOP field and had hired veteran Iowa political operative David Kochel earlier in the year. The day before the Ag Summit, the Des Moines Register ran a front-page feature on Bush that was so flattering to the former Florida governor, I felt compelled to write this post and begin work on a lengthier critique of the Register’s political coverage, which took nearly two months to complete.

Chris Christie was among the Ag Summit speakers. More than six months later, he picked up endorsements from Rastetter and several other prominent Iowa business Republicans. Christie’s poor performance on caucus night showed the limits of the would-be kingmaker’s influence, and that of others in Branstad’s orbit who had actively supported Christie’s presidential campaign.

Rastetter invited more than a half-dozen prominent Democrats to his Ag Summit. Wisely, U.S. Secretary of Agriculture Tom Vilsack and all of the potential presidential candidates blew off the event. Only one Democrat spoke to the gathering: former Lieutenant Governor Patty Judge, in her capacity as co-chair of America’s Renewable Future. That group was formed and funded by biofuels companies and related interest groups to advocate for the Renewable Fuel Standard. (Later in 2015, America’s Renewable Future spent more than $100,000 on radio ads and direct mail attacking Ted Cruz over his stand on the ethanol mandate.)

I enclose below a video of Judge’s remarks a year ago this weekend. Near the beginning of her speech, she commented, “Let me say from the outset, I truly believe that I disagree with just almost everyone that you will see on this stage today, on almost every issue. However, I certainly hope that we do agree on the importance of maintaining the Renewable Fuel Standard and keeping Iowa leading our nation forward in the development of renewable fuel.”

I doubt anyone would have predicted a year ago that Walker wouldn’t even make it to the Iowa caucuses, that Trump and Cruz would be leading in the GOP delegate count, or that Judge would enter the race against U.S. Senator Chuck Grassley.

P.S.- The Greeley (Colorado) Tribune published a good backgrounder on where all the remaining presidential candidates stand on agricultural issues. 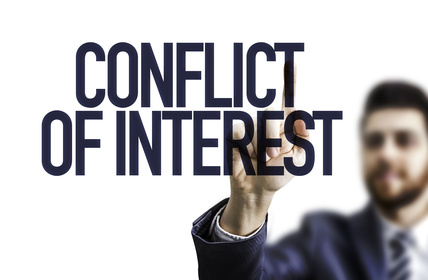 Craig Robinson is among the go-to Republicans for national press covering the Iowa caucuses. His insights are partly informed by a wealth of experience: as a staffer on Steve Forbes’ presidential campaign before the 2000 caucuses, as political director of the state GOP during the year before the 2008 caucuses, and as publisher of The Iowa Republican blog since 2009.

One salient fact rarely, if ever, makes it into the news stories quoting Robinson about prospects for Republican contenders in Iowa: his company Global Intermediate has been paid to do direct mail for or against certain candidates in the field. 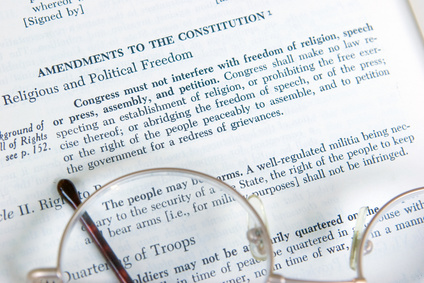 Republican Party of Iowa Chair Jeff Kaufmann blew a gasket in March when soon-to-be presidential candidate Scott Walker hired a consultant who had said some disparaging things about Iowa:

“It’s obvious she doesn’t have a clue what Iowa’s all about,” Mr. Kaufmann said. “I find her to be shallow and ignorant,” he added, “and I’ll tell you, if I was Governor Walker, I’d send her her walking papers.”

A few months later, Kaufmann brought down the hammer on some volunteers who displayed the Confederate flag on behalf of a county GOP committee:

“I am just absolutely, utterly disgusted on multiple levels,” Kaufmann said in a telephone interview. “Shame on them and I don’t want them in my party.”

What will he think of next?

If past experience is any guide, nothing that reflects a coherent political philosophy, and nothing that will help him attain the higher office he covets.