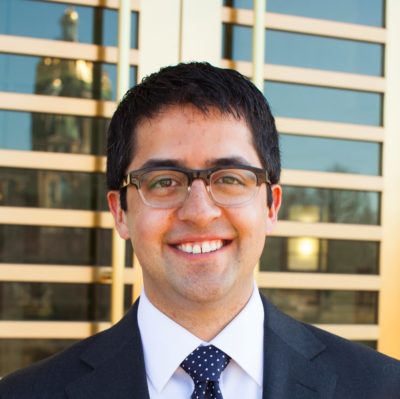 Nathan Blake may run for Iowa secretary of state in 2018

Assistant Iowa Attorney General Nathan Blake is "seriously considering running" for Iowa secretary of state, he told Bleeding Heartland on March 6. "In the time of [President Donald] Trump, voting rights are at once more important than ever and under attack like never before," he added. "It's a daunting race, but Democrats need to contest it with a strong, well-funded candidate." Blake plans to decide before this summer whether to run for the statewide office.

Earlier this evening, Blake spoke at a public hearing to oppose House File 516, which would create new barriers to voting through photo ID and signature verification requirements. He provided a copy of those comments, which I enclose below along with background on the potential candidate.

Blake ran for the Iowa Senate in 2014 but lost the Democratic primary to Tony Bisignano by an excruciating eighteen-vote margin. He has since filled a vacancy on the Des Moines School Board for part of one term and now serves on the City of Des Moines Zoning Board of Adjustment, the Polk County Democratic Central Committee, and the board of the Sherman Hill Association in his central Des Moines neighborhood.

Any comments about possible challengers to Secretary of State Paul Pate are welcome in this thread. A few county auditors in eastern Iowa are rumored to be considering the race. Someone needs to take the fight to a guy who postures about "election integrity" while his own office failed to realize that nearly 6,000 votes went uncounted in Iowa's fastest-growing county last November.

Pate defeated Democrat Brad Anderson by about 20,000 votes (a roughly 2 percent margin) in the GOP wave of 2014.

UPDATE: A reader speculated that another possible challenger to Pate might be Bill Brauch, former director of the Consumer Protection Division in the Iowa Attorney General’s Office and the current chair of the Iowa Democratic Party's Third District Central Committee. However, Brauch told Bleeding Heartland on March 7 that he has decided against running for secretary of state.

Comments by Nathan Blake at the Iowa legislature's March 6 public hearing on House File 516, as prepared:

Good evening. My name is Nathan Blake. I’m from Des Moines and a proud constituent of Representative Bruce Hunter.

It is deeply disappointing that this voter suppression bill was presented by Iowa’s top elections officer. The Secretary of State’s job is to encourage and facilitate Iowans’ participation in the democratic process--to get more citizens voting! But this bill runs counter to that goal--it actually makes it harder for eligible Iowans to exercise their fundamental right to vote.

It doesn’t seem like it would be controversial to want more Americans to participate in our democracy. You would think that all of us--Republicans, Democrats, Independents, and everyone in-between--would want more American citizens to have their voices heard in our elections, not fewer. But for whatever reason, Republicans have decided that limiting voter participation helps their party win elections. And so we end up with shameful, partisan bills like House File 516.

The story of our country started with a revolutionary idea: a government of the people, by the people, for the people. Now, our track record has been far from perfect--but over the past 230 years, we’ve grown closer to that ideal. African-Americans, women, and 18-year-olds all fought hard for the right to vote. Today, the ballot box is far more accessible, to far more citizens, than ever before. And we should be proud of that and build on it.

This bill unravels that progress and moves us backward toward Jim Crow and ballot-box intimidation. It imposes a modern day poll tax that will disenfranchise Iowans, and it does so under the deceitful name of “election integrity.”

Don’t fall into the trap of thinking this bill will make our elections safer. It won’t. We haven’t heard one verifiable example of voter impersonation fraud in Iowa that would be stopped by House File 516. That’s because this bill is a solution in search of a problem that simply doesn’t exist. And the cost to chase that imaginary problem is immense: it threatens the most sacred right we have in our democratic republic--the right to vote.

As election-related bills reach the floor of the Iowa legislature, the most important question to ask is this: does this bill make it easier for eligible Iowans to vote, or harder?

Because when more Americans and more Iowans participate in the democratic process, our union becomes more perfect. This bill does the opposite: it places new barriers between eligible Iowans and the ballot, and makes it harder for people to vote. It undermines our democratic ideals and spends taxpayers’ money to address an imaginary problem. I urge you to oppose this bill. Thank you.

From the "About" section of the Blake for Iowa Facebook page:

Nathan Blake is an Assistant Iowa Attorney General who has served on the Des Moines School Board and in the Obama Administration at USDA.

Biography
Nathan Blake is an Assistant Iowa Attorney General in the Consumer Protection Division, where he works in a law enforcement capacity to protect Iowans from deceptive and unfair business practices and to hold criminals accountable for their fraud. Nathan recently served on the Des Moines School Board. Previously, Nathan worked on anti-hunger policy under Secretary Tom Vilsack at the United States Department of Agriculture. He started his career at the Belin firm in Des Moines before joining then-Senator Barack Obama’s presidential campaign as a caucus organizer in 2007.

Blake, a married father of three, is an active member of his community and serves on the Sherman Hill Association Board, the Polk County Democratic Central Committee, and the City of Des Moines Zoning Board of Adjustment.