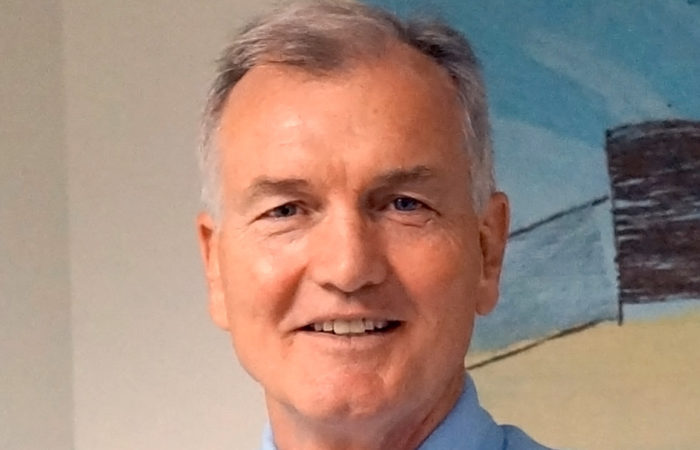 Iowa is one of only twelve states with no limits on individual contributions to state-level races. John Norris is challenging Democrats who run for governor in 2018 to “lead by example,” adopting federal campaign contribution limits (capped at $2,700 per person) for the primary election.

Speaking to Democratic activists in Panora (Guthrie County) on April 27, Norris also urged gubernatorial candidates to agree to keep their primary election spending below $1.5 million, saying, “We should campaign on the power of our ideas and spend our time talking to Iowans and not chasing money from wealthy special interests.” I enclose below a longer excerpt from his speech.

Among those candidates, McGuire, Boulton, and Hubbell are the only ones well-positioned to collect many campaign donations larger than $2,700. McGuire recently completed a two-year stint as Iowa Democratic Party chair, during which she solicited many four-figure and five-figure gifts. Roxanne Conlin is among McGuire’s most prominent endorsers. Boulton raised a considerable amount for his first campaign in 2016 and is expected to have strong support from labor unions and attorneys if he joins the field. Hubbell is independently wealthy, having donated $30,000 to the state party during the 2016 cycle, as well as four-figure sums to some other Democratic campaigns. He is rumored to have the support of other central Iowa major donors including Bill Knapp, who gave the Iowa Democratic Party more than $60,000 during the last two years alone. (You can search any individual’s Iowa political donation history here.)

Neiderbach has made campaign finance reform a major theme of his early stump speeches and has promised not to accept any contribution exceeding $500. Leopold speaks often of the need to break the grip “expensive consultants, corporate lobbyists and powerful special interests” have on Iowa’s “insider elite political class.” Bleeding Heartland will soon publish an in-depth interview with Leopold that touches on similar themes.

UPDATE/CLARIFICATION: Former Iowa Democratic Party executive director Norm Sterzenbach, who has been advising Prichard in recent months, noted in response to this post that both Norris and Prichard have networks outside traditional Iowa donors. Point taken, and I did not mean to imply that other gubernatorial candidates would be unable to raise contributions larger than $2,700. Prichard’s leadership team includes some political heavyweights. Norris has years of experience fundraising for Iowa Democrats and connections to many potential out-of-state donors, due to his past work in President Barack Obama’s administration and with nationally-known Democratic operatives like David Plouffe.

Reacting to this post on Facebook, Neiderbach commented, “Do we want a Governor beholden to the voters – especially those who have historically been marginalized or ignored – or beholden to the rich, to big business, and to other special interests? Couldn’t the money spent on endless TV ads and campaign consultants better be spent donated to food banks and homeless shelters and our underfunded schools? Spending $1.5 million on a primary is obscene. Voters are tired of it. I urge all candidates to follow my lead and limit all donors to $500, telling those who would donate more to feed the hungry, house the homeless, and educate our students.”

Excerpt from John Norris’s speech at a Guthrie County Democratic event on April 27:

“We first have to change our politics if we are to enact policy changes that will help working Iowans, our children, our elderly, families suffering with mental health illness, and fix Iowa’s serious water issues.”

We must change our election rules to limit the impact of greed and the power of special interests in our elections and in our government.

It is ridiculous that we have no contribution limits in Iowa elections. That’s right, while even our federal government has limits on campaign contributions, in Iowa one wealthy individual or special interest can give an unlimited amount of money to a candidate. We have seen the corrupting power of special interest money in actions this year by our current administration as they carried the anti-worker and anti-environment agenda of the Koch Brothers.

We have to change our politics in this state and Democrats should lead by example. I will be asking all Democratic gubernatorial candidates to adopt the federal campaign contribution limits for the Primary Election. I propose we also agree on a Primary campaign spending limit of one and half million dollars. We should campaign on the power of our ideas and spend our time talking to Iowans and not chasing money from wealthy special interests. It is the right thing to do and it is putting our money where our mouth is. I will also pledge myself, and ask all the Democratic candidates to pledge as well, to challenge the Republican nominee for an agreement on contribution and spending limits for the General Election.

This is the first and most important step we can take to regain Iowans confidence in their government. It is fundamental to the health of our democracy and the ability of our government to be a government, in the words of Abraham Lincoln, “of the people, by the people and FOR the people.”

If we can make our government work FOR the people I believe we can do better by the people and make this state a better place to live for everyone.”