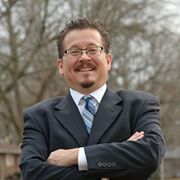 Why Mike Carberry may run for Iowa governor

Johnson County Supervisor Mike Carberry has confirmed rumors that he is thinking about running for governor in 2018. A longtime environmental activist and current member of the Iowa Democratic Party's State Central Committee, Carberry was the most prominent elected official in our state to endorse Bernie Sanders for president. He spoke to Bleeding Heartland this week about why he is considering a bid for higher office, even though running for governor was never part of his life plan.

While many "Berniecrats" became politically involved for the first time during the latest presidential campaign, Carberry has been engaged in politics since chairing the University of Iowa's students for Paul Simon group before the 1988 caucuses. "I've always considered myself an FDR Democrat, a New Deal Democrat, and I've always tried to change the party from the inside," he said. He's a past chair, first vice chair, and longtime central committee member of the Johnson County Democrats.

Carberry has always supported "one of the most progressive candidates" for president; none of his preferred candidates, including Bill Bradley in 2000 and Howard Dean in 2004, have ended up winning the Democratic nomination. Nevertheless, Carberry told me, "I've always backed blue" in the general election. Once Bradley's campaign had ended--with Johnson County distinguishing itself as the only county in the country he carried--Carberry picked up Al Gore's book Earth in the Balance to get a better sense of the Democratic nominee. Reading that book "changed my life," he said.

At the time, Carberry was working in his family’s coin, stamp, and antiques business. Gore's book put climate change on his radar and inspired him to become a professional environmental consultant and activist. The biographical information enclosed below lists some of Carberry's past volunteer and paid work for non-profits including the Sierra Club, Friends of the Earth, and the Iowa Renewable Energy Association. I've been acquainted with Carberry for about fifteen years through our mutual involvement in environmental circles; he and I both serve on the board of directors of 1000 Friends of Iowa, a group focused on land-use issues.

Carberry ran successfully for Johnson County supervisor in 2014, promising "to address our local issues from a sustainable perspective—environmentally, economically, and with social justice." In 2015, he became an active supporter of Sanders for president, which lasted beyond the Iowa caucuses through the convention process.

As a state convention delegate last June, Carberry ran for Democratic National Committee member. Although he lost that race to former state party chair Scott Brennan, he won over roughly 50 Hillary Clinton delegates. That feat impressed Robert Becker and Pete D'Alessandro, the Sanders Iowa campaign manager and political director, respectively. Shortly after the convention, they told Carberry they had plans for him.

Fast-forward several months to the campaign for Iowa Democratic Party chair, during which Carberry encouraged his fellow "Berniecrats" on the State Central Committee to support one of the candidates seen as reformers rather than part of the current establishment. Becker got back in touch to encourage Carberry to run for governor.

Since then, Carberry told me, he's spoken several times with D'Alessandro and others who have urged him to consider the race. He described himself as exploring a possible exploratory committee, and has no timetable for making a final decision. He's been discussing his options with Democrats including 2014 gubernatorial nominee Jack Hatch, whom he considers a friend and mentor. Over the next several months, he plans to attend county and district central committee meetings and other local Democratic events to touch base with party activists and see if there's a "spark that might become a fire" for him.

Carberry loves his current job, and since he's up for re-election in 2018, he would have to give up that position if he runs for governor. What might push him in that direction? "When people started to ask me to do this, I started thinking about it: what can I do that I can't do as a county supervisor?" In Johnson County, he has been working on issues including water quality and the minimum wage, but all of his hard work to raise the wage will be wiped out after Governor Terry Branstad signs House File 295, which prohibits local governments from setting minimum wage levels.

Other issues Carberry would be inspired to work on at a state level:

You know, I didn't grow up wanting to be the governor. That was not one of my--I just wanted to be a doctor when I grew up. I first wanted to be a carpenter, but--it has not been my lifelong dream to be the governor of the state of Iowa. I'm still not sure that that's the best place for me. But when people keep asking me the question and asking me to do it, and not just Pete [D'Alessandro], and not just Robert Becker, but other people as well. Then maybe if enough people have asked me to do it, then maybe I should start considering it.

Because Carberry was a full-time environmental advocate and lobbyist for four legislative sessions starting in 2010, "I have a really good idea of how to work with the House and the Senate, and in both parties. So I continue to come up to the statehouse on a weekly basis and work on the issues that are important to Johnson County," such as collective bargaining rights and various local control issues. While House File 295 was moving through the legislature, he lobbied against language that would prevent local governments from banning discrimination based on lawful source of income, such as vouchers for Section 8 housing. That language was removed from House File 295 before it passed the Iowa House.

I asked Carberry why a "Berniecrat" should support him instead of Jon Neiderbach, who launched his gubernatorial campaign last month. Neiderbach was also a vocal Sanders advocate and is campaigning on a platform of getting money out of politics and shaking up the establishment.

Carberry emphasized that thinks highly of Neiderbach. The two Democrats supported each other's 2014 campaigns for county supervisor and state auditor. He added that he also has "good feelings" about Rich Leopold, another Democratic candidate for governor who has long worked in the environmental community.

Carberry noted, "I got to introduce Bernie three times, and I also was a surrogate for him three times on climate and energy and pipeline issues. [...] The [Sanders] campaign considered me a leader." In addition, the Des Moines Register named him among the state's most influential Sanders supporters.

Carberry said he's a "quick study" and is very familiar with issues affecting Iowans living in poverty. Trying to find solutions for people who are food insecure or can't afford their rent has been a big part of his work as county supervisor. He also would want to help make Iowa a leader again "in welcoming the immigrant communities," a highlight of Governor Robert Ray's work during the 1970s.

Aside from Leopold and Neiderbach, State Representative Todd Prichard is all but certain to join the Democratic field of candidates for governor, and former state party chair Andy McGuire is expected to announce her candidacy soon. Some activists and state lawmakers have been encouraging State Senator Nate Boulton to run for governor as well. State Senators Liz Mathis and Rob Hogg have already ruled out running for higher office in 2018. Among the Democratic rank and file, State Senator Janet Petersen would also be a popular choice, but she does not appear to be laying the groundwork for a gubernatorial campaign.

From the Carberry for Johnson County supervisor campaign website:

From Carberry's page on the Johnson County Board of Supervisors website:

Mike was raised in Newhall, Iowa, in a large, fifth generation Iowa family. His family moved to Johnson County in 1976, and Mike graduated from Iowa City Regina High School, then earned his Bachelor of Business Administration degree from the University of Iowa in 1983.

He held several positions in the fields of renewable energy and sustainability, including as the Executive Director of the Iowa Renewable Energy Association; Midwestern Nuclear Campaign Coordinator for Friends of the Earth; Senior Regional Field Director with the Iowa Global Warming Campaign; Campaign Manager for Citizens for Public Power; and Director of Green State Solutions, a consulting firm specializing in advocacy, outreach and campaign organizing around environmental issues. Mike also worked as the Benefit Director at Iowa City’s Englert Theatre.

Mike is proud of his involvement with passage of a Minimum Wage ordinance, development of a Community ID program and hiring the County’s first local food and planning specialist.