Gary Kroeger's thoughts on the coming campaign in a targeted Congressional district where Democrats Abby Finkenauer and Courtney Rowe are already running. -promoted by desmoinesdem

Rod Blum rode a wave of Republicans that swept the 2014 midterms, and signaled a significant redirection in American policy. The Blum-Ernst-King trifecta in Washington, the Walt Rogers-Branstad couples-dance in Des Moines, and the Grassley about-face away from Iowans and toward lock-step party interests; caused us to move into action.

Each one of us felt the calling to stand for the middle class, collective bargaining, public education, a cleaner environment, and better access to health care. Today, as Americans are beginning to see where their inattention to details have led them; as health care is being threatened, as Medicaid is privatized and mental health marginalized, as teachers in Iowa can no longer negotiate for benefits they deserve, and budgets are being redirected to pad the pockets of a few at the expense of many----certain Republicans may be more vulnerable than they ever have been before.

Fool me once, shame on you....you know the rest.

I am not going to run this cycle, I believe that I can help elect good people by helping with messaging and by keeping the pipeline full with topics to discuss. With that in mind, I also want to help recruit great people. One of the most rewarding aspects of running for office was meeting and working with dedicated, bright, energetic, passionate and informed people. Some were elected officials, some were running for office, and many were the people working for candidates and political organizations.

One such person is Stacey Walker. This may be a surprise to even Stacey, but I am hereby, suggesting that he seriously considers putting his hat into the ring to run against Rod Blum in 2018.

Stacey Walker is serving his first year as a Linn County Supervisor, and while I know that he is committed to that job, he is exactly the kind of person we need and who, I believe, can unseat Blum. Stacey….if you’re reading this, and assuming we haven’t already spoken, I am going to offer my case for you.

I met Stacey Walker in 2014 while he was working on the Anesa Kajtazović campaign for Congress. Stacey was born and raised in Cedar Rapids, but needed a crash pad in Waterloo and I offered him a room in my house. Over that summer we would take advantage of the rare moments of down time and we’d sit on my back patio to talk politics. His knowledge of issues on every level, local, state, national, and world was impressive. Even more impressive was his personal connection to them.

He is an activist of the most passionate and informed variety. He sincerely wants to help people of all walks of life to succeed and to contribute to the prosperity of a great nation. Even then, I thought to myself: “This guy would be a great representative someday.”

Stacey went on to run Ravi Patel’s campaign and we saw each other at committee meetings, fundraisers, dinners, meet and greets and other Democratic party functions. Even though we were, in fact, running against each other, we benefitted from the honest and positive exchange of ideas. We were not rivals, but friends with a common purpose; to give voice to the needs of working families, the middle class, workers, students, the elderly and infirm.

When Ravi came to the conclusion that his business activities could provide better opportunities for young Iowans than he could as a Congressman, he bowed out and Stacey continued to work behind the scenes for others. That is until he ran for Supervisor. He won on the substance of his ideas, his engaging presentation of them, his passion for people and the community, and his charisma.

All of the qualities we, as voters, pray for in a candidate.

Stacey, someone will have surely sent this to you by now (or I may just give you a call), but I hope that you are seriously considering this. You are the young Iowan with experience and expertise that America needs in Washington. 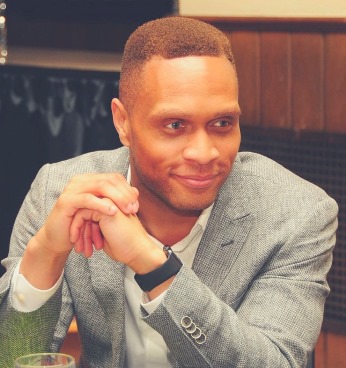