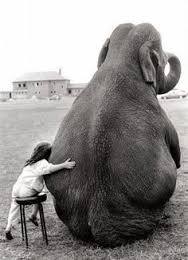 Facts matter, but not if they fall on deaf ears

Matt Chapman’s advice to activists engaging with potential allies on the left: “If your conversation starts out by denigrating someone they worked hard for, you can’t expect them to listen.” -promoted by desmoinesdem

I have read quite a bit and have noted a few workshops on how to talk across the aisle. A lot of folks who canvass or have political conversations to influence voting habits focus on talking to others on the political left, since trying to convince hard-right voters seems like a waste of time.

The strategy for trying to break through to Republicans was to take the facts out of the conversation and focus on the morality of positions. The idea was that people who hold Christian values as their moral compass should be persuadable on issues such as poverty, bigotry, and a host of other issues.

I want to focus on how we communicate on the left from moderate Democrats to progressives and other allied parties, including the Green and Socialist parties as well as independents all across the spectrum.

I was glad to see a piece earlier on Bleeding Heartland about leaving the 2016 election behind us and moving on, as we need each other to get a chance to implement the policies we would all like to see. And while I do understand the need to learn from 2016, we need to have some civility to learn from it.

My point of view is unique. I was unable to vote till I was 45, and the first election I voted for Barack Obama. I was an independent, and when people would ask me why, I would say, “The Democrats aren’t far enough to the left for me.” When Bernie Sanders ran for president, I changed my registration to Democrat so I could caucus for him.

After I got a little past the depression of the last election, I got angry. I joined Indivisible and started to go to Democratic meetings and candidate forums. I went to protests and spent most days at the Capital while it was in session. Iowa Citizens for Community Improvement and the NAACP held days on the hill and taught me how to lobby.

When the legislative session was over, I spent a lot of time on Facebook and was quite stunned by the aggression and name calling on the left. I learned to wait a few minutes before posting when replying, as I knew I would regret when that ugly side of me came out. If someone seemed to be bullied, even if I disagree with their position, I have a hard time just standing by and witnessing it.

So this is what I want to share. I am new to contributing my time to both this level of activism and the Democratic Party. Watching the warriors from CCI battle over the Water Works bill, “Stand Your Ground” and a host of other atrocities really was encouraging in a dark time. Watching the Democrats in the House and Senate doing all they could to slow or stop the assault on working Iowans and women’s reproductive rights, while frustrating, was encouraging as well.

So remember when we are having conversations that there are a lot of good folks who have worked their butts off for years, sometimes decades, to get fighters they believed in elected. They worked for Bernie, Hillary, Bill and Obama and a host of others from Iowa politics to the national level. If your conversation starts out by denigrating someone they worked hard for, you can’t expect them to listen.

But they will feel attacked. And many times they will just go away. And when the very issue that you were talking about comes into their view again, what will they associate it with? The person who attacked their beliefs, the candidate and the campaign that they gave so much to. This is not a strategy to enlighten others to your point of view.

So to those who are activists and those who worked in the Democratic Party who stood up for our values, thank you. And thank you for the ways you have lifted us all up. Your ranks are swelling, and there will be plenty of new activists like me you can share your skills with.