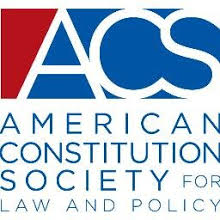 Voter suppression is the issue

Adam Kenworthy shines a spotlight on two upcoming events focused on the threat to voting rights. -promoted by desmoinesdem

The Washington Post editorial board on August 19 declared voter suppression the civil rights issue of this era. The Post’s article directly relates to the violence and hatred that occurred in Charlottesville, Virginia and to President Donald Trump’s repeated statements and actions to excuse and empower white supremacists. One key aspect of those efforts is the president’s phony "election integrity" commission, headed by Kris Kobach.

In order to understand the magnitude of the current drive to suppress votes, we must recognize that such policies, while still heavily relying on and drawing from the tactics of racial oppression, are now motivated by one distinguishing factor: party.

Racial oppression is where voter suppression draws its roots. And race is still a central component of voter suppression efforts across the country, especially since the U.S. Supreme Court’s ruling in Shelby County v. Holder invalidating key provisions of the Voting Rights Act. Predictably, since the ruling in Shelby County, many southern states have once again resurrected Jim Crow style legislation aimed at oppressing African-American voters--through the use of gerrymandering and voter identification provisions.

However, it is important to realize that voter suppression is no longer a movement looking only to target African-American and minority voters, but a movement now targeting anyone who may not vote for Republicans.

Case in point: the legislation enacted in Iowa this past year, containing new voter ID and signature verification requirements. Following the elections of 2014 and 2016 (elections conducted prior to any new voting laws) Republicans gained control of both houses of the Iowa Legislature, the governorship, secretary of state’s office, both U.S. Senate seats and three out of four congressional seats. All of this in a state that President Barack Obama won in 2008 and 2012. All of this without the aid of voter ID or targeted voting restrictions.

So why, after winning across the state so handily, did Republican lawmakers push through a comprehensive voter suppression bill under the guise of voter integrity? Simple: insurance. In a purple state like Iowa, no one party can hold complete control for long. The Democrats found this out following their substantial victories in 2006. The tides eventually turn.

So while race, class, and xenophobia certainly play into the marketing campaign of these voter suppression efforts, the purpose behind them is clear: power. In Iowa, our new voter suppression law is so convoluted and bureaucratically worded it’s likely no one will bother combing through it much before election time. I assume this was the point.

But the main thrusts of the bill directly go after things that make voting more accessible and more practical, which in turn, would allow more people to vote. The purpose is to drive down turnout and votes in the population centers, on college campuses, and among minority populations. The purpose is to rig the system in their favor. And make no mistake, they have done it masterfully.

So what is to be done? First, we need to stop underestimating the impact these laws will have for our elections. Then we need to plan, coordinate, and create change. This means a full court press on all fronts, not just litigation, or public awareness. Progressives are made up of a multitude of issues and groups, and everywhere people seem to be asking what is our central message, what is the uniting thread that binds all these groups together? This. Voting is the issue.

Voting is the exercise of collective power, which is why the engaged and informed voter is always the most feared by entrenched interest groups. That is why unions have been degraded and destroyed over the years, it’s why faith communities have been turned against one another, why small towns are told to hate big cities, why professionals are told to fear the working class, and everyone is told to loathe the poor. Because if these groups all came to realize that they collectively hold the power to balance the scales, then real change might actually occur. And for an exclusive group of people, real change is a threat.

All attempts to beat back these suppression laws will fall short though if we keep looking for some singular politician to save us. There is no one person coming to the rescue, nor should there be. Reform is built on movements, on coordinated strategies and true political action. It means we must realize that if we stay divided than the overall structure that all issues depend on will not change. We have the numbers, and it’s time we make them count.

The group I chair, the Iowa Lawyers Chapter of the American Constitution Society, is holding two events on October 10 to focus on voting rights. We will be at the University of Iowa Law School in the afternoon, and at Drake University in Des Moines that evening.

Both events feature two champions of voting rights: Jason Kander, former Secretary of State and US Senate Candidate from Missouri, who now runs the group Let America Vote, and Gerry Hebert of the Voting Rights Institute. Gerry is a veteran civil rights attorney who has been fighting for voting rights since his time with the Justice Department and now with the Campaign Legal Center. This past Tuesday, Gerry was part of the team arguing before the U.S. Supreme Court on the monumentally important case out of Wisconsin on partisan gerrymandering.

These events are open to the public, and everyone of all political stripes. Partisanship and ideology can never be prized above the very rights that epitomize what it means to be a citizen. No party or political organization is ever beyond the reach of corruption and the abuse of power. That is why the system we rely on to be the ultimate check on such power must be vigorously defended.

You can learn more about the American Constitution Society here. And you can follow the Iowa Chapter on twitter: @acsialaywers. Please RSVP for the October 10th events in Iowa City & Des Moines. Food will be provided!

We hope to see you there!