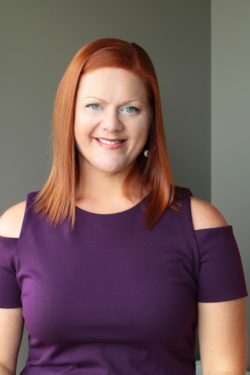 Tracy Freese: In the private sector, Iowa Senate Majority Leader Bill Dix's handling of a sexual harassment scandal would have gotten him fired and escorted from the building. Freese is Dix's Democratic challenger in Iowa Senate district 25. -promoted by desmoinesdem

Iowa Senate Majority Leader Bill Dix has been hailed as a nice guy. That façade cracked during Tuesday’s press conference with Iowa media outlets. The exchange began nicely enough; Mr. Dix came off as friendly and humble. He played the lovable fool and reminded me of the neighbor you would expect to sell ten boxes of Girl Scout cookies to.

But by the end of his time in front of the cameras and microphones, his demeanor took a turn for the worse.

Mr. Dix wants a “safe environment” for Senate employees to work in, free from retaliation, but he doesn’t think he is equipped to do it himself. Instead, Mr. Dix would like to consult with a murky, unnamed outside organization before moving ahead to implement his claims of a “zero tolerance” workplace harassment policy in the Iowa Senate. Citing recent budget cuts to public education, mental health, and nursing home oversight, Bill Dix believes “resources have been made available” for the House and Senate to share a Human Resources manager.

When counting his available resources, has Senator Dix also accounted for the $1.75 million Iowa taxpayers have already paid on his behalf to Kirsten Anderson after she won a wrongful termination case against him?

Senate Democrats received a very generous exclusion from Bill Dix on any involvement in the sexual harassment investigation. Mr. Dix told reporters the situation occurred in the group he was elected to lead and that he frankly believes the Republican caucus expected him, as its leader, to put the details in place and make sure new policies regarding sexual harassment standards in the Senate do an even better job in the future. So, what are those details exactly?

To begin, Dix has no deadline to hire any type of outside consultant, nor any preconceived notions about what that consultant would be tasked to accomplish nor how much it would cost. We also found out that taped interviews from the investigation are still being transcribed and that he hasn’t listened to them. Most notably, Bill Dix confirms there is no written report of any conclusive findings from the Secretary of the Senate’s efforts and, if one does exist, Senator Dix, the man in charge, hasn’t read it.

When pressed on whether or not he had listened to the taped interviews himself, Mr. Dix dodged the answer entirely stating he is unaware of any new complaints that have come from the on-going, now concluded, investigation that he really has no solid grasp of. This was when the fracture to his facade began to slowly spread.

From Bill Dix’s perspective, he claims he wants to be “completely open and transparent,” yet we discovered his proof of no new complaints is within a report that doesn’t exist and a set of interviews he hasn’t heard. He confirmed he will uphold his decision to keep the supposedly concluded sexual harassment investigation, that he has little to no knowledge of, away from the public. He again deferred to the utterly opaque and yet-to-be-determined outside consultant to decide whether or not to release sexual harassment investigation details to the public.

And then, came the flustered, I’m-a-farmer-that-doesn’t-deal-with-human-relations comment. This statement is in response to a reporter asking Mr. Dix if he believes he has handled this entire case of sexual harassment within the Iowa GOP caucus to the best of his abilities. My high respect for the character of famers set aside, this type of nice guy statement may have worked for Dix in the past, but the legal matters at hand demand a higher standard of rhetoric, not to mention professional competency. Please leave hardworking farming families out of it.

Visibly agitated, Bill Dix confirmed he has always, and will always, subscribe to a zero-tolerance policy when it comes to sexual harassment within the workplace he manages. But, he also admitted to reporters he believes all sworn testimony from last summer’s sexual harassment trial was truthful, saying, “The items that she [Kirsten Anderson] claims took place, did take place.” But, it was her “poor work product” that led him to fire her, seven hours after she submitted a formal complaint about the lewd activities he now admits were indeed taking place.

Nowhere can Bill Dix’s generosity and kindness be seen more vividly than in the case of Jim Friedrich, a GOP staffer in the Iowa Senate. Mr. Friedrich was the centerpiece and main antagonist to women in the Senate, yet Bill Dix kindly allowed Mr. Friedrich to keep his job. Mr. Friedrich recently submitted his resignation, almost three years after a lawsuit was initiated, and Mr. Dix confirmed it was on Friedrich’s own accord. Friedrich was not terminated. It was clear Mr. Dix would prefer the media ignore this particular act of kindness and he abruptly ended the press conference.

If Bill Dix believes himself to be unable to deal with human resource issues and doesn’t understand the difference between employees being justly terminated (Jim Friedrich) and unjustly fired (Kirsten Anderson), and needs to spend even more taxpayer money on hiring a consultant to ultimately tell him to hire a Human Resources Manager, he should not be leading the Iowa Senate. In the private sector, Bill Dix would have been fired, handed a cardboard box to pack up his personal belongings, and escorted from the building at the first signal of a lawsuit. That signal went out years ago and has now cost Iowa taxpayers millions of dollars.

Do nice guys always finish last? In the case of Bill Dix, I think that would be appropriate. It is my belief that Iowa, and the nation, stand on a pinnacle of human progress. There has never been a better time to force institutions and lawmakers to stand up and take accountability for their actions.

Tracy Freese, MA, CTEP is a small business owner and Ag Financial Planner living in Dike. She is a 2018 candidate in Iowa Senate district 25, covering all of Grundy and Hardin counties and parts of Butler and Story counties.