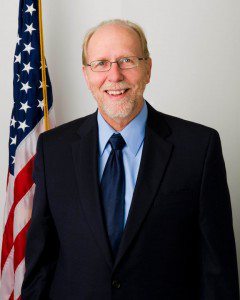 All Iowans in Congress approved a resolution today to fund the federal government through February 8, with a six-year extension of the State Children's Health Insurance Program. President Donald Trump signed the legislation this evening, ending the partial government shutdown after three days. Senators Joni Ernst and Chuck Grassley were part of the bipartisan majority that approved the deal by 81 votes to 18 (two Republicans and sixteen Democrats opposed). The U.S. House vote was not quite as lopsided: 266 votes in favor (241 Republicans and 25 Democrats) and 150 against (six Republicans and 144 Democrats). Representatives Rod Blum (IA-01), David Young (IA-03), and Steve King (IA-04) all voted for the bill.

The lone Democrat in Iowa's delegation, Representative Dave Loebsack (IA-02), opposed last week's short-term funding bill, saying "it is now past time for gimmicks that will only lead to another manufactured crisis in February. I remain prepared to stay in Washington and work until a long-term plan is in place." Following today's vote, he said in a statement enclosed in full below, "While I remain deeply skeptical that today's agreement will actually lead to the change that is needed, it at least provides a framework to begin dealing with issues Iowans tell me they want addressed. I will support the effort in hopes that Congress can somehow do better."

Commentators were divided this afternoon on whether Democrats obtained anything of value from the shutdown. Elise Foley, Arthur Delaney, Igor Bobic, and Matt Fuller wrote in their report for the Huffington Post,

Democrats insisted they weren’t caving, even though they didn’t get what they wanted: an immediate vote on protections for undocumented young people often called Dreamers. But the deal gave them a way out of what could have been a politically damaging shutdown. The promise of a vote on the Deferred Action for Childhood Arrivals program, although it could be reneged on, is something Democrats didn’t have before. It’s the first time Democrats received a firm deadline for a vote on an immigration bill. And if [Senate Majority Leader Mitch] McConnell doesn’t follow through, Democrats will be able to use this promise to vote against the next spending bill and pin the blame on Republicans.

If McConnell keeps his word, he’ll put Speaker Paul Ryan (R-Wis.) in a tough spot. There is a DACA bill currently working its way through the House that would deliver on a number of conservative immigration priorities, but it has no chance in the Senate.

If senators are able to pass their own bill, while simultaneously demonstrating that the House bill doesn’t have the votes to pass in their chamber, Ryan will be left with the choice of either putting the Senate bill up for a vote and angering conservatives or holding strong. If he holds strong and doesn’t put the Senate-passed measure up for a vote, he could risk another shutdown and strengthen the Democrats’ argument that another government closure is the fault of Republican obstructionism.

Fuller expanded on the analysis in this commentary.

The Democratic position of not voting for a government funding bill until there’s a DACA deal seems much more reasonable if there’s actual legislation that’s passed the Senate and is being ignored in the House. You’d be certain to hear the words, “Give us a vote, Mr. Speaker!”

The reality of this shutdown standoff is that it’s hardly over. Democrats agreed to a continuing resolution that will keep the government open for 17 days. They took the Children’s Health Insurance Program off the negotiating table with a six-year extension of the program. And they gave up hardly any leverage to do so.

Republicans and Democrats still don’t have a spending agreement to raise caps lawmakers set in 2011. Without that agreement, the Pentagon would be forced to live with a sequestration spending number that Republicans hate. And the threat that Democrats will shut down the government without an agreement seems more serious now that they’ve actually done that.

I'll be shocked if McConnell keeps his promise. Republicans feel emboldened by opinion polls suggesting that while most Americans support protecting the DREAMers, they don't think the issue is worth disrupting most government services and federal employee paychecks. Republicans know that after February 8, Democrats might temporarily refuse to pass a new spending bill but won't have the political will to allow an extended government shutdown.

If McConnell allows a vote on a DACA fix, House Speaker Paul Ryan almost certainly will not bring such a bill to the House floor. And if he did, the president probably would not support the deal. Remember, Trump already rejected Senate Minority Leader Chuck Schumer's offer to fund his stupid wall along the Mexican border. A written statement released by the White House today indicated the president is not interested in saving DREAMers from deportation:

I am pleased that the Democrats in Congress have come to their senses and are now willing to fund our great military, border patrol, first responders, and insurance for vulnerable children. As I have always said, once the Government is funded, my Administration will work toward solving the problem of very unfair illegal immigration. We will make a long-term deal on immigration if, and only if, it is good for our country.

Time is running out to prevent devastating tragedies for thousands of families like Karen Ventura's.

Any relevant comments are welcome in this thread. I will update as needed with additional Iowa political reaction.

Washington, D.C. – Congressman Dave Loebsack released the following statement after the House voted on legislation to reopen the government.

"Let me be clear, the shutdown is the result of one thing: the inability to compromise. This whole disaster shows just how broken Washington really is. While I remain deeply skeptical that today's agreement will actually lead to the change that is needed, it at least provides a framework to begin dealing with issues Iowans tell me they want addressed. I will support the effort in hopes that Congress can somehow do better.

"With the shutdown being the most recent example of the dysfunction in Washington, it makes no sense to me that the only people who did not feel any of the pain are Members of Congress themselves. I do not believe Members of Congress should be treated differently from the thousands of other federal employees who were furloughed and Iowans who suffered from Washington's incompetence. I will be donating my salary from the three days the government was shutdown to local charities in Iowa that support our veterans.

“Whether the government is open or closed, my number one priority is making sure the needs of Iowans continue to be met. That is why my offices will remain open one hour later, until 6:00pm CST, through the end of the week to accommodate any additional needs Iowans may have. Iowans need and deserve assistance dealing with federal agencies and working families will have my support.

“Now the work begins on coming to an agreement on a long-term, commonsense budget. Our nation cannot afford to continue kicking the can down the road. Over the past fiscal year, the government has been funded by a series of short-term budget plans, a process Defense Secretary Mattis said does more harm to our military readiness than “any enemy in the field.” As a military parent, I stand ready to continue working with anyone on a long-term solution instead of pursuing partisan, short-term funding plans that puts our men and women in uniform at risk.”

WASHINGTON, D.C. – U.S. Senator Joni Ernst (R-IA) issued the following statement after Senate Democratic Leadership voted to end their shutdown:
“I am pleased that Senate Democrats ended their completely unnecessary shutdown and voted to reopen the federal government and ensure that our men and women in uniform receive the certainty and compensation they deserve.

“The reauthorization of CHIP is also critical to the approximately 80,000 Iowa children who depend on the program for access to important health care services, especially in rural and underserved areas.

“However, simply put, our federal government cannot continue ‘operating’ from one short-sighted, band-aid funding bill to another. It’s my hope that the House acts quickly to pass this legislation, and that my colleagues and I can work together in the weeks ahead to establish plans to responsibly fund our government long-term, while also finding a solution for DACA recipients.”

WASHINGTON – Sen. Chuck Grassley of Iowa issued the following statement after voting for legislation that would provide funds to re-open the federal government and end a three-day shutdown. The legislation includes a six-year extension of the Children’s Health Insurance Program, which Grassley voted for in the Senate Finance Committee and spoke in favor of on the Senate floor.

“It’s a shame it took three days and millions in wasted taxpayer dollars for common sense to prevail, but I’m glad it did. America’s men and women in uniform give so much in service to their country. They should never have to worry about their next paycheck. If it wasn’t political, it’s unclear why Democratic leaders voted against funding the government on Friday but voted for it on Monday. Thankfully, millions of families with kids who rely on the Children’s Health Insurance Program now know it will be extended for six years.

“There was no good reason to shut down the government for an unrelated issue everyone agrees will be addressed soon anyway. As was the case before the shutdown, I’ll continue to work with my colleagues on legislation to enact real border security, end chain migration and the diversity visa lottery program and provide DACA recipients with legal status.”