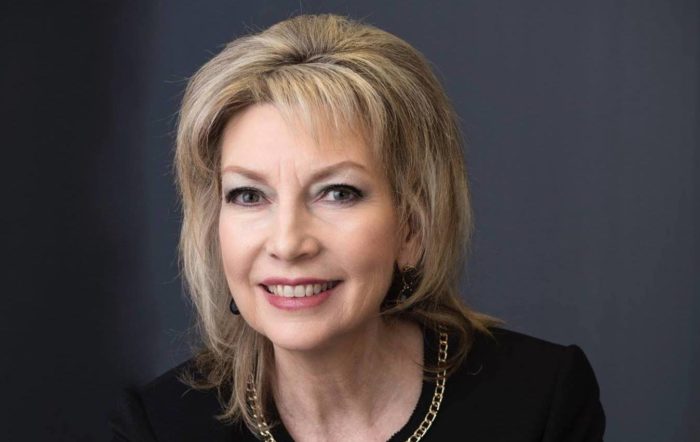 Describing herself as a "pro-life, pro-2nd Amendment, pro-Israel, and pro-Constitution conservative," Ginny Caligiuri made her quest for the Republican nomination in Iowa's second Congressional district official today. Her candidacy was no secret; the former state director for the Congressional Prayer Caucus, National Governor's Prayer Team, and US National Prayer Council had nominating papers out to be signed at the February 5 precinct caucuses and has been making the rounds at GOP county central committee meetings.

The announcement for Caligiuri's kickoff event in Osceola on March 8 noted, "The 2nd District elected Donald Trump, and Ginny plans to help him accomplish what he was elected to do." That line struck me as a subtle dig at Caligiuri's competition in the GOP primary. Dr. Christopher Peters is a libertarian-minded Republican; as the IA-02 nominee, he announced in October 2016 that he would not vote for Trump.

I enclose below Caligiuri's official bio and a map of Iowa's Congressional districts. According to the latest figures from the Secretary of State's office, the 24 counties contain 160,891 active registered Democrats, 141,798 Republicans, an 181,740 no-party voters.

The Cook Political Report and Larry Sabato's Crystal Ball both rate this race as a likely Democratic hold for six-term Representative Dave Loebsack. For reasons discussed here, I think Republicans missed their best chance to defeat Loebsack by not targeting his district during the 2016 cycle. Trump carried the 24 counties in IA-02 by 49.1 percent to 45.0 percent, a huge swing from Barack Obama's 55.8 percent to 42.7 percent margin over Mitt Romney in 2012.

Ginny is a pro-life, pro-2nd Amendment, pro-Israel, and pro-Constitution conservative running on the Republican ticket. The 2nd District elected Donald Trump, and Ginny plans to help him accomplish what he was elected to do.

Married to Tony Caligiuri, President of Boyt Harness Company in Osceola, for over 30 years, they have one son, Taaffe Caligiuri, also from Osceola. Ginny enjoys spending time with her family and their ten dogs. She and Tony have hosted many events on their farm in Osceola, including Governor Mike Huckabee in 2007 and Don Trump Jr. and Eric Trump in 2016.

Caligiuri, pronounced Cal-a-jury, claims she is not a politician and has no plans to become one. She's going to be a voice of the people. When asked why she decided to run, she responded, “I want to see our country uphold the Constitution as it was originally intended by our Founding Fathers.”

As a former Bank VP, small business owner, and entrepreneur, building on the gains of Trump’s new tax bill, she will work to foster opportunities for small and medium sized businesses. Ginny served 5 yrs as the State Director for the Congressional Prayer Caucus in Iowa, as well as the State Director for the National Governor's Prayer Team and US National Prayer Council. She organized Pray 7-14-14 and the Bible Reading Marathon at all 99 counties in Iowa. Governor Branstad signed Proclamations for both initiatives. She will stand firm to protect the sanctity of life and family, and the liberties endowed by our Creator including second amendment and religious liberty. Ginny will support Israel and work to strengthen relationships with our allies across the globe, while protecting our sovereignty as a nation. As the daughter of an army veteran, Caligiuri will work to untangle the health care backlog facing our older veterans and commit the resources to aid younger veterans as they return home to family and start new careers.