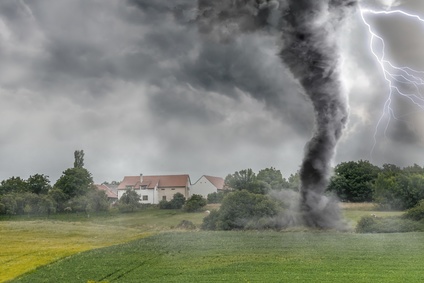 Iowa is in the midst of a perfect storm. It’s not a blizzard, a tornado, or a flood. This one is man-made, and unfortunately it won’t move through the state until the current batch of majority party politicians are blown away by its gale force wind.

There are really three man-made causes fueling this storm, which has the potential to cause at least two major kinds of damage.

The first cause is the strangling of public schools through underfunding. Iowa has had a long and storied past of bipartisan cooperation regarding the funding of schools. Rural politicians of both parties understood the lifeblood of the small community was when the Friday night lights blazed and the gyms heated up with the smell of popcorn and teen competition. Urban legislators knew that public schools promoted diversity and opportunity.

That all changed with the second coming of Governor Terry Branstad, and the legislative apocalypse that soon followed. This version of Branstad was not your father’s version. This one seemed to be bent on establishing a legacy through revenge on all of his previous foes.

When Branstad took office, Iowa still had a slimly divided government, but the Republicans were generally able to dominate in regard to school funding. The tightening of the noose began even before they controlled both chambers because the Democratic majority in the Senate was so small.

On other important issues, The Iowa House could rant and rave and produce bills that kept the base frothing at the mouth, and the Iowa Senate controlled by the Democrats could kill each and every one. That changed when Iowa’s version of the Red Wedding occurred in November of 2016. The Democrats were history, and as one Republican senator put it, its time to "kick the door in" and "make big changes." They did.

The first step was to finish the strangulation by underfunding and then came the gutting of collective bargaining. Those in the labor community knew that Branstad hated collective bargaining. As a young legislator in 1974, Branstad had been one of a handful who had voted against the bill. In 1992 he defied the law and refused to pay the legally arbitrated AFCSME award until the Iowa Supreme Court ordered him to comply. When he returned as governor, the die was cast and the reborn Branstad would have his revenge on public sector workers in Iowa. His party, once committed to a bipartisan labor peace, would assist in destroying Chapter 20, the foundation for that tranquility.

But wait. Don’t storms always cause damage? This one is no exception. One of the by-products of this storm will be a significant teacher shortage. Many veteran teachers are ready to bail, looking at an uncertain professional career coupled with uncertainty regarding IPERS (the public employee pension fund). Those fresh-faced eager new teachers are starting to become scarce because what was once a secure profession has become about as secure as a cabinet appointment in the Trump administration. Iowa is headed for a shortage of teachers and no amount of storm cleanup is going to prevent it.

Another part of the damage is the reemergence of the “S word.” That’s right, “Strike.” For the first time in my 38 years in public education, teachers are openly saying the word. If the storm continues and the damage intensifies, it won’t be long before locally teachers begin to decide walking out is the only alternative. That’s when things get real in Iowa.

So, what can be done prior to the storm reaching hurricane status? Iowans need to pay attention to the alerts and the warnings. Boards and administrators need to step forward and say, “This is our school district and we want a relationship with our teachers and staff that promotes empowerment.” Educators need to get their hands dirty in politics. I know many hate it, but your future and the future of your kids is on the line. In November, we need to elect politicians who do more than talk about how they love public schools. We need politicians who will vote like it.

Let’s hope this perfect storm can be contained before those Friday night lights go out and those gyms are silent.

Bruce Lear, lives in Sioux City and recently retired after 38 years of being connected to public schools. He was a teacher for eleven years, and a regional director for 27 years for the Iowa State Education Association.