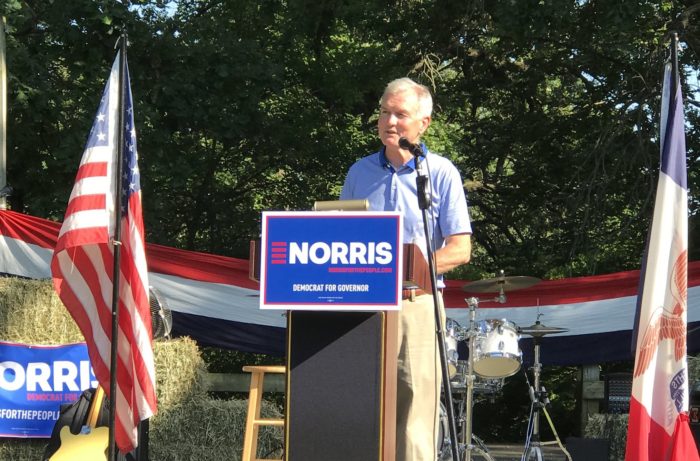 Lauren Whitehead sees John Norris as “the only candidate on an unapologetic crusade to revitalize rural Iowa.” The author is a Solon City Council member, longtime Democratic activist, and Indivisible organizer in Johnson County. -promoted by desmoinesdem

A year ago I ran for city council in Solon, a town of 2,000 in eastern Iowa. Since the election, I have worked to organize rural Iowa in House district 73 (eastern Johnson/Cedar Counties–Kaufmann territory). During this time, I’ve gone from being interested in to fascinated by to deeply concerned about our rural communities’ well-being and resilience.

Without a strong rural Iowa–and that is most of Iowa–our state will falter. It’s important to understand that in many counties in Iowa, natural population is declining. There are more elderly than there are babies. Population drains, employment drains, budget drains, and we are left in even more dire straits than we currently are.

John Norris is the only candidate on an unapologetic crusade to revitalize rural Iowa and has powerful, pragmatic, progressive solutions to our state’s biggest challenges. He is also the candidate best poised to put his vast experience and knowledge to work Day 1. I’m proud to endorse him.

He understands that Democrats can and should be doing better in rural Iowa. He’s laying that groundwork for us right now. He sees the whole board. John has covered more territory in rural Iowa than any other candidate in the race. He was the first–and only–gubernatorial candidate to come to my town of 2k, and I live in between Cedar Rapids and Iowa City (common stops for Dems). Many of the places he’s visited–such as Belmond, Allison, Keosauqua and Sidney–have fewer than 3,000 residents. When was the last time you visited Sidney? 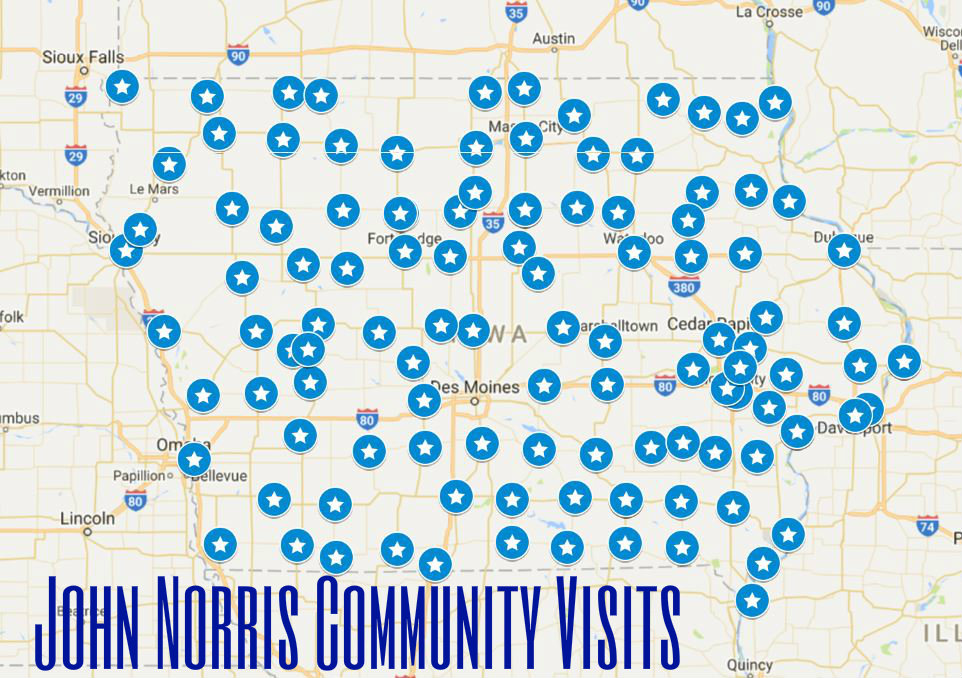 John marched with Cesar Chavez; he organized farmers. He led Jesse Jackson to 10 percent in the 1988 Iowa caucuses. He ran multiple, high-level, winning campaigns and served as chief of staff for Governor Tom Vilsack. There is so much more that you probably don’t know about him–I know I didn’t.

John has flipped the script on campaigning, starting in the country, coming to the cities, and then going back out again.

John a man we can all get behind. I like to call him “No Drama Norris.” He is straightforward and kind. His campaign is a well-oiled machine, friendly and communicative and ORGANIZED. He has policies for every Democrat, every progressive–every Iowan. I was especially pleased to see him roll out a plan to help families with childcare and early childhood education costs VERY early on. He’s the full package.

I so, so strongly encourage you to meet John. He will impress you. He is beginning a statewide tour very soon, which will focus on his plans for a bright future in our state.

Middle image: Lauren Whitehead made the map of Norris visits around Iowa using a list of locations from the campaign’s Facebook events page.