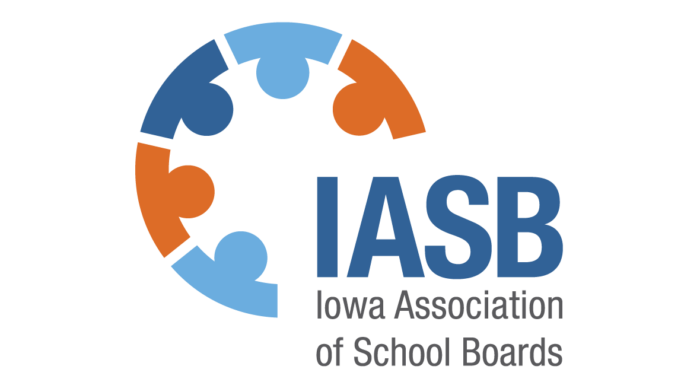 What’s up with the Iowa Association of School Boards?

The very first sentence on the “About” page of the Iowa Association of School Boards (IASB) website reads, “Since 1946, the Iowa Association of School Boards has been committed to serving Iowa school boards and public schools.” However, public school employees may begin to wonder given some of the organization's recent actions.

Republican State Representative Walt Rogers just released a campaign brochure, and the very first comment praises Rogers as a “true champion of education.” That might not be newsworthy coming from a Republican supporter, but in fact it came from Emily Piper, identified on the handout as a longtime lobbyist on public education issues. She also holds that position with IASB. 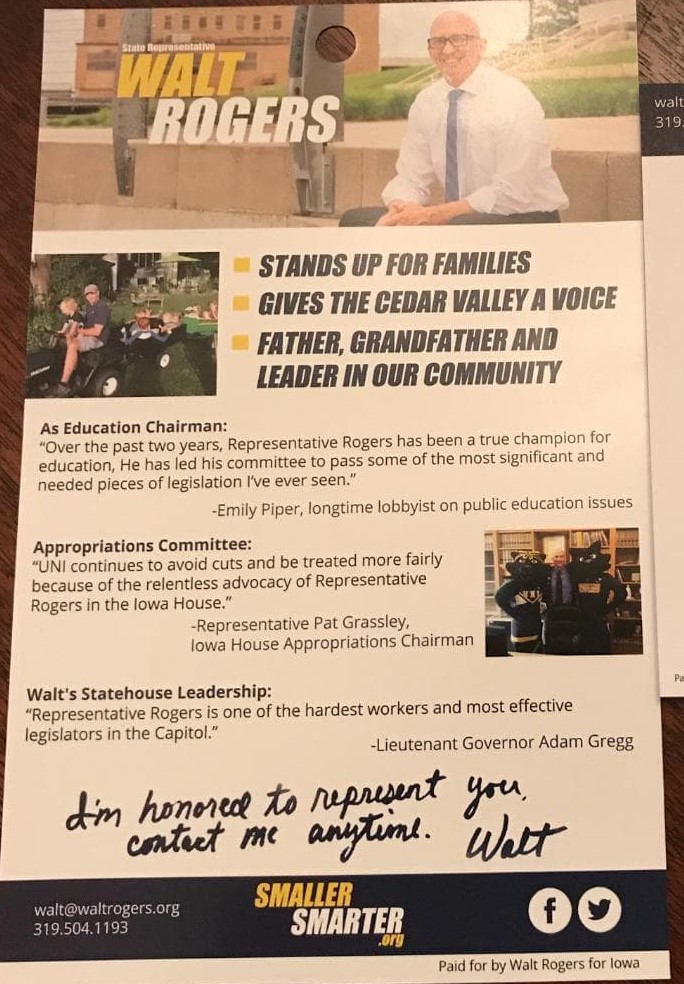 While that may indeed be Ms. Piper’s belief, it is important to remember that this very same Walt Rogers introduced a bill last session that would have given every private school student a voucher worth up to $5,000 at a cost in the first year alone of over $12 million. That’s peanuts compared to a lifetime cost of over $162 million. Rogers proposed this plan at a time when public schools were receiving some of the lowest state funding increases in decades.

If that were just one slip on behalf of IASB, it might be easily dismissed as an employee speaking out of turn. But it’s not.

Two months earlier, an attorney for IASB, Anna Bergman, was fired for writing a Des Moines Register guest column that defended Governor Kim Reynolds and other Republican leaders. This was in response to an op-ed piece by Claire Celsi criticizing the governor and GOP lawmakers. (Bergman is now the Republican candidate in Iowa House district 44.)

When House File 291, the bill that gutted public employee collective bargaining in Iowa, was introduced last year, the Iowa State Education Association was the state's only major education group with lobbyists registered in opposition. While none of the other education groups registered in favor of the bill, not one (including IASB) lobbied against passing it. Since the bill became law in February 2017, approximately 100 school districts have taken away all permissive (optional) language in employee contracts. Did those districts act independently or did they get this idea from somewhere else?

We do know that IASB held their annual Policy Leadership and Legal Issues Conference in April 2017. Two local attorneys who have been heavily involved in representing school districts at the bargaining table spoke at the conference. Both mentioned the possibility of removing permissive language from collective bargaining agreements, warning about the negative consequences of doing so.

IASB had also invited Barry Forbes, the associate executive director and staff counsel for the Wisconsin Association of School Boards, to speak on the topic. In his presentation, titled “Wisconsin’s Act Ten: Five Years Later,” Forbes gave his interpretation of the results from curtailing collective bargaining rights. Toward the end of his presentation, three slides offered recommendations to school boards. They included an assertion that “the tools provided to school boards under Act Ten were positive for education when used wisely.” As evidence, he argued the law allowed school districts to reduce costs without reducing services. The slides went on to say, “Boards should recognize that unions can no longer effectively advocate for staff.” That was pretty clearly an anti-union message.

Since I didn't attend that conference, it is difficult to say for sure that Forbes encouraged nearly 100 school boards across Iowa to take similar steps. However, his comments certainly didn’t discourage such action.

IASB has made it well known that it is attempting to be more nonpartisan in its approach to the legislature. That might have been a good strategy two decades ago, when legislators routinely voted to support the interests of their constituents rather than party leaders and lobbyists like the Koch brothers-backed Americans for Prosperity. Promoting legislators whose decisions work to underfund public education, remove the rights of school employees, or redirect money from public schools to private ones seems to be in opposition to the mission statement for IASB. If the organization is truly “committed to serving Iowa school boards and public schools," it may be time to rethink their strategy.

Editor's note: Although Emily Piper is listed on the staff page of the IASB website, she is a multi-client lobbyist who also represents other organizations.