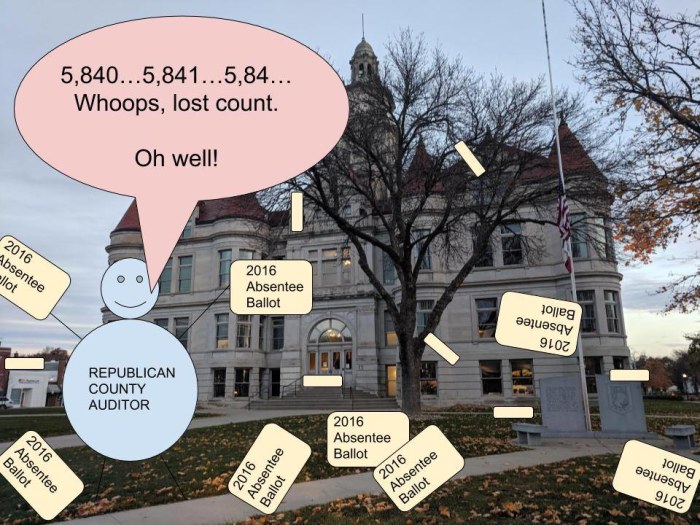 Part 5: How to corrupt Dallas County

If you've followed part 1, part 2, part 3, and part 4 of this series, you get the drift. I create a short guide about how to corrupt some aspect of local government to hopefully hook you into reading on as I nerd out on a bit of campaign finance disclosures or local political controversies.

But this time, I'll provide a little bit of good news and relief: many Dallas County political campaigns have clean finances.

Below are all the candidates who have raised money solely from individual contributions or their local political party groups and the amounts raised from 1/1/2018-10/14/2018.

Thank you to all of these candidates for having properly boring contributions pages.

I also looked into elected officials who are not up for re-election: Sheriff, Chad Leonard (R); Auditor, Julia Helm (R); and District 2 Supervisor, Mark Hanson (R). None of these individuals accepted any contributions in 2018.

Supervisor - District 3
Most of the interest in Dallas County campaign reports is in the District 3 Supervisor race.

Robert Greenway (I) raised $5,454. $50 of that was from an individual, and the remainder was from Greenway himself.

Michael "Wombat" Walrod (I) raised $1,260 all from individual contributions.

Recorder
Chad Airhart (R) runs unopposed for the Dallas County recorder seat. Interestingly, there is a late-breaking "October Surprise" story from the Register's Kim Norvell regarding Michael "Wombat" Walrod (I), Chad Airhart (R), and Wayne Reisetter (D). The article exposes allegations that Walrod threatened Airhart a year ago, and that Reisetter is currently investigating the matter (albeit too slowly for Airhart's tastes).

I hope the matter is fully investigated. I'm also leery of stories that are a year old but break just six days before an election. Why didn't this come out sooner?

In any event, Chad Airhart raised $5,150 in 2018, all from individuals. However, in the past he has accepted contributions from the following companies/other entities:

Rockway Wealth Partners is a local financial planning business. Protective Health appears to be a cleaning supplies company. New Strategies is a company in Houston, TX. Freedom First is a Republican PAC created by former Minnesota Governor, Tim Pawlenty. Qwest Iowa PAC is the funding arm of Qwest, the communications company that merged with CenturyLink.

How to Corrupt Dallas County

Campaign finances in Dallas County are fairly clean, at least recently. So, how do you corrupt Dallas County?

5,842 votes (13 percent) were not counted in 2016 due to incompetence within the County Auditor's office and the failure of our county supervisors and Secretary Pate to be a check on the vote count prior to certification. The uncounted votes thankfully would not have affected the results of any of the elections, and I'm told by members of a non-partisan committee the issues were legitimate human error and have been addressed. But you can bet I'll be watching the 2018 vote count to make sure it is consistent with expectations based on past numbers and population growth.

We NEED some sort of system to audit votes by hand-counting a random sample of precincts. This would help ensure that votes cast are counted accurately. It's a simple form of election security, and I can't believe we don't have it already.

Top image: Artwork by Tyler Higgs, with the Dallas County courthouse in the background.