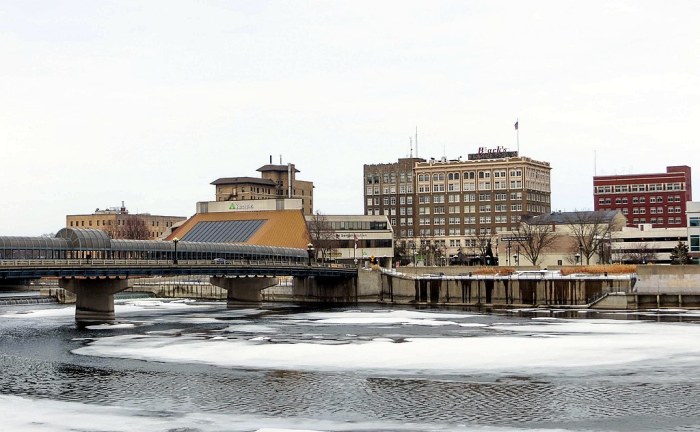 "No U.S. metro area has larger social and economic disparities along racial lines than Waterloo-Cedar Falls, Iowa," wrote Samuel Stebbins and Evan Comen in 24/7 Wall St's latest report on the country's "worst cities for black Americans." As in past years, most cities on the list are located in the Midwest.

"Worst" is often a subjective term, but the 24/7 Wall St list is grounded in data: "eight measures to assess race-based gaps in socioeconomic outcomes in each of the nation’s metropolitan areas. Creating the index in this way ensured that cities were ranked on the differences between black and white residents and not on absolute levels of socioeconomic development."

The Des Moines metro area and Waterloo/Cedar Falls were rated ninth and tenth on 24/7 Wall St's 2015 list, and Des Moines/West Des Moines had the third-highest spot on the 2016 report. No city in Iowa made last year's list.

Like many U.S. cities with high economic and social inequality, Waterloo residents have struggled with several major incidents that have sparked racial tension in the area in recent years. In 2012, for example, a white police officer shot and killed a fleeing black suspect, and was later exonerated by a grand jury.

Not only did a grand jury decline to charge Officer Kyle Law, who killed Derrick Ambrose, Jr. in 2012, the Waterloo Police Department's internal affairs unit and Shooting Review Board cleared Law without doing even basic fact-finding. The Waterloo Police Department subsequently settled several lawsuits related to the Ambrose killing and other excessive uses of force by white officers against African Americans. The department finally revised its use-of-force policy in late 2017, more than two years after outside experts recommended major changes.