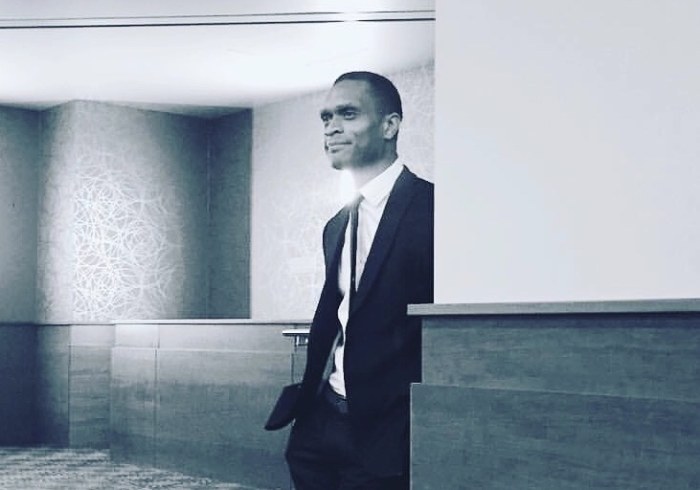 Our new year of progress

On Wednesday, January 2 2019, Linn County Supervisor-elect Stacey Walker was sworn into office and voted chair of the new three-member board. Walker is the first African American to hold the position and serve as chairperson of the governing body of Iowa's second most populous county. After he was sworn in, he shared the following remarks. -promoted by Laura Belin

Many people don’t know this, but after the death of my mother, a young attorney by the name of Mark Roberts helped my grandmother – Shirley Martin – secure guardianship rights for me and my sister. This prevented us from being parceled out by the state to the foster system. He helped us out year after year for my entire childhood, never once raising the question about a fee for his services.

Last year, I was asked by the Chief Judge of the U.S. District Court, the honorable Leonard T. Strand to serve on the Merit Selection Panel to select the next federal magistrate judge. Among many of the qualified applicants was a now older and wiser attorney, Mark Roberts. And now of course, draped in a black robe – a garb that many lawyers set out to earn – I had the privilege to be sworn in by a man who has most certainly lived up to his formal title, the honorable Mark Roberts.

He presented to me the oath of office on my grandmother’s bible. She was born at a time when she couldn’t have even used the same drinking fountain as Judge Roberts, but today her grandson took office, and her lawyer made it official.

Good morning. My thanks to all of you for making time in your day to be here. It warms my heart to see our community so interested and engaged in local politics, which I believe is ground zero for progressive change.

It is not customary for any one supervisor to give remarks after being sworn into office, but I do believe deeply that I have a special obligation to the young folks here today. I trust my friends and colleagues will not see this as an exercise in vanity, but rather as a solemn responsibility.

A good friend of mine told me to write down the names of people who really know who you are. That way in times of trouble, you can access that list and call on your true friends. It’s a small list but an important one. Mine now has just three names, and two of them are here today: my sister Cymone, a paragon of faith and friendship; and my aunt Charrisse, the patron saint of all things good in this world.

There are many other friends here – too many to name given our time restraints – but know that I appreciate you and I am grateful to you, because no one makes it to elected office on their own.

I want to get right to it. I will speak briefly about my thoughts for this coming year and our future together, but I also have a message for the coming generation of leaders; a diverse group of young people who care less about an individual’s partisan affiliation and more about the strength of their character. They understand that our politics should be about helping people, solving problems, and bridging the divides – real or imagined – that impede progress.

This world is hard and often unforgiving. Many of you here today have begun life with the deck already stacked against you. Like me, you may grow up on the brink of poverty. Maybe some of you will grow up without parents in the home. Some of you might find a world that is intolerant of your sexual orientation or to the god that you pray to. But no matter how dark it gets, know that there are people in this world who care about you; they can be your light. And you’re looking at one of them right now.

Know that there are people you don’t even know who are rooting for you, who are invested in your success. There are younger generations who are counting on you to make it. They are hungry for inspiration.

I am counting on you. I am counting on you to be good citizens. To fully immerse yourselves in the politics of our time. To demand more from our elected leaders. And when they cannot or will not deliver on policies that make for a better society, then you must pick up that clipboard, grab some signatures, and ready yourselves to run for office to take them on.

I am counting on you to be an example for adults. Remind us of the value of radical forgiveness – a practice as old as the ancient scriptures – that teaches us to stay rooted in love, to offer an olive branch to our opposition, to be compassionate leaders committed to the work of reconciliation and progressive change-making.

Remind us to think about our diversity as a beautiful blessing. It makes us more interesting and provides vibrant color to our perspectives.

In a time where some would have this nation building walls to divide us, let us become an unshakable bridge that brings people together.

So long as we’ve got air in our lungs and life in our hearts, we should endeavor to spread joy, to bring relief to those who need it the most, and to live our best lives by living out our truth.

In a few moments, I will leave this podium and step behind a dais to begin my tenure as Chair of the Linn County Board of Supervisors.

Now, I know how this will sound to some. I see them roll their eyes every time I go on a tear about the importance of implicit bias training or being intentional about elevating diverse perspectives. But these are the same people who have lived most of their lives voting for candidates who look just like they do. In fact, it is still rare for Americans in general to be represented by an ethnic minority. Even in our changing times, leaders of color are uncommon.

We are a county well over 200,000 individuals. Out of eighteen cities, nineteen townships, and eight unincorporated communities, only five racial or ethnic minorities hold elected office:

Cedar Rapids City Councilman Dale Todd, Cedar Rapids School Board Directors Nancy Humbles and Rafael Jacobo, Marion Mayor Nicholas Abou-Assaly and myself. We are the second most populous county in the state with one of the highest shares of minorities, and we can literally count on one hand our elected leaders of color.

There will be some who still refuse to understand why this lack of representation is a pressing issue. They will claim that race should not matter when it comes to making policy decisions. They will try their best to make clear-headed arguments about the futility of this debate. But we know better. Laws and ordinances are passed by majority rule, but another bedrock principle of our democracy is minority protection. We know that we make better decisions when we have more voices at the table. We become better as a people when we open ourselves unto others.

In 2016, when I first made my intentions known that I was going to seek the vacated seat on this Board, it was soon announced that there would be no special election. Instead, a special committee would appoint the next member.

When I declared my intent to apply for the position, I was met with public protest. Critics argued that my appointment to the Board would give me an unfair advantage over unnamed others who might want to run for the seat in the future.

So I opted out of that process, but I didn’t give up.

We organized a grassroots campaign and spread our message of hope and new opportunity for the socially vulnerable. We talked about responsible community development. We talked about ways we could meaningfully address poverty and youth gun violence. We talked about a new promise of politics, where women and men of good intentions could discuss the hard issues, exercising more fidelity to good outcomes than to party. We worked hard. We believed in one another. And we made history.

Seeing someone who looks like you achieve is important, especially in a world that has seen a blazing resurgence of hatred and bigotry. These examples help young people realize what is possible; they are a salve for a psyche under a daily barrage of micro-aggressions and subtle – and some not so subtle – exchanges that would still suggest inferiority.

And my goodness are we desperate for inspiration. We have been starved of good leadership, but a change is going to come; progress is imminent. Of all the mess of 2018, we should be encouraged by the groundswell of capable leaders who emerged, who will help lead us out of the wilderness.

We here in Linn County will continue to do the hard things and have the tough conversations. Ben Rogers will see to it that we have an Access Center in our county, to divert individuals in need of mental health assistance or substance abuse services to a facility where they can receive the proper treatment and rehabilitation instead of jail sentences. Brent Oleson will continue to champion our conservation efforts, protecting our land and precious waterways for future generations. And I will continue to investigate systemic causes of poverty and hardship, searching for ways to bring relief to vulnerable populations. We will give working people a hand-up, so that they too may enjoy a good life. We will work to bring healing and reconciliation. We will demonstrate that government can and should be one of the greatest enterprises for change.

We will do our best. We will do a lot of good. And we will help the masses. 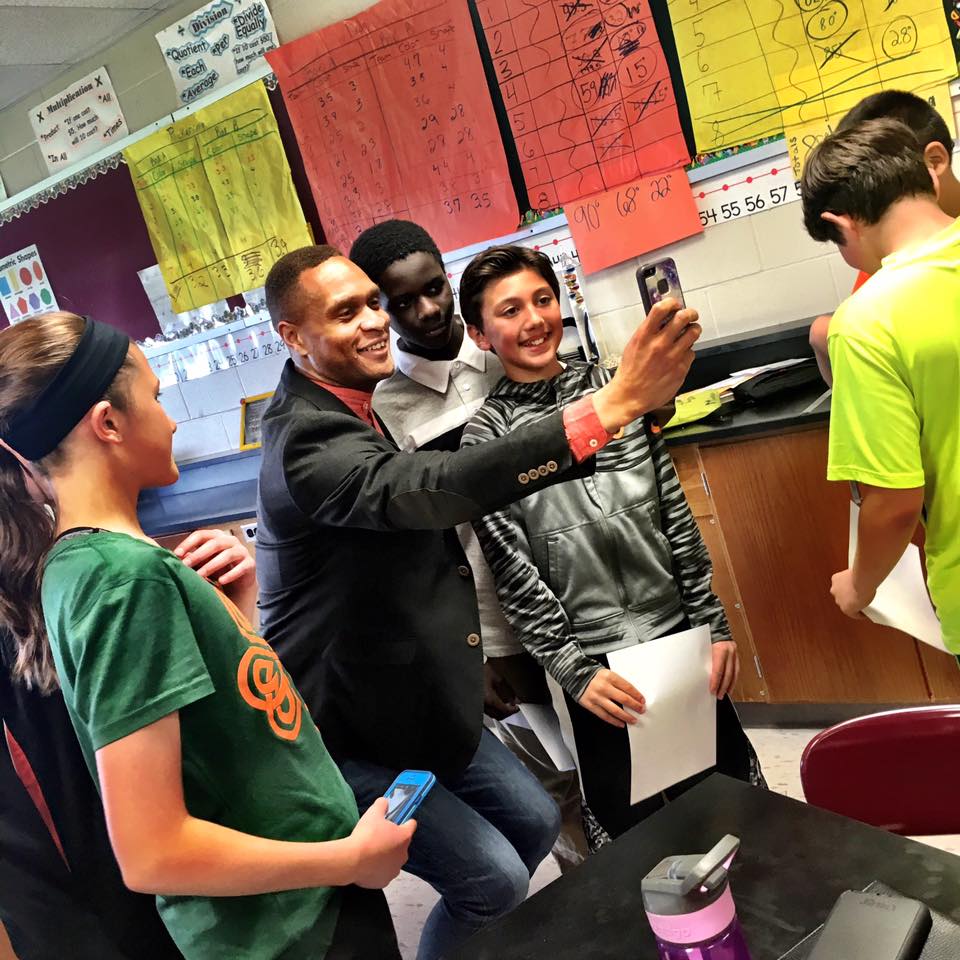 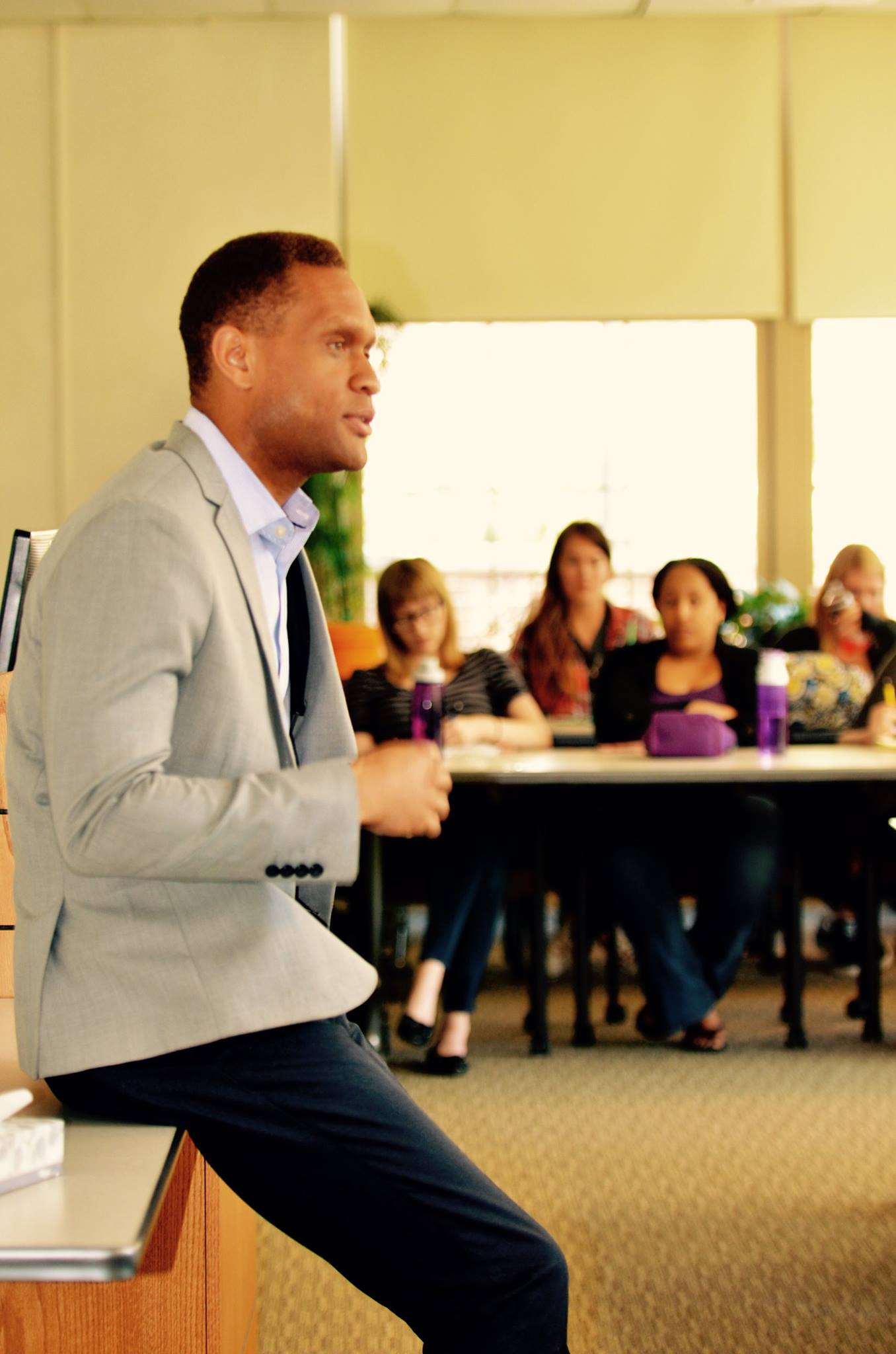 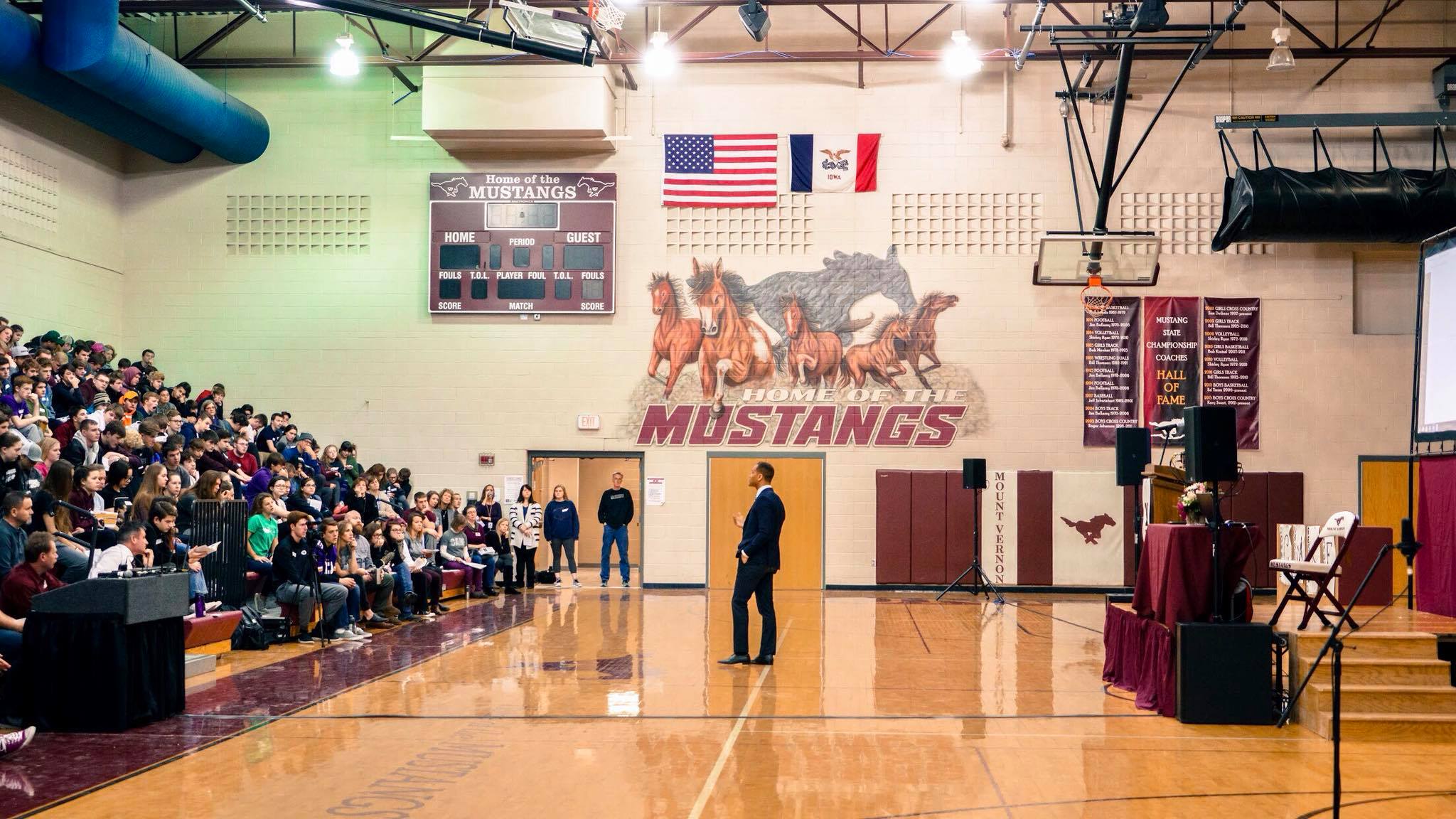 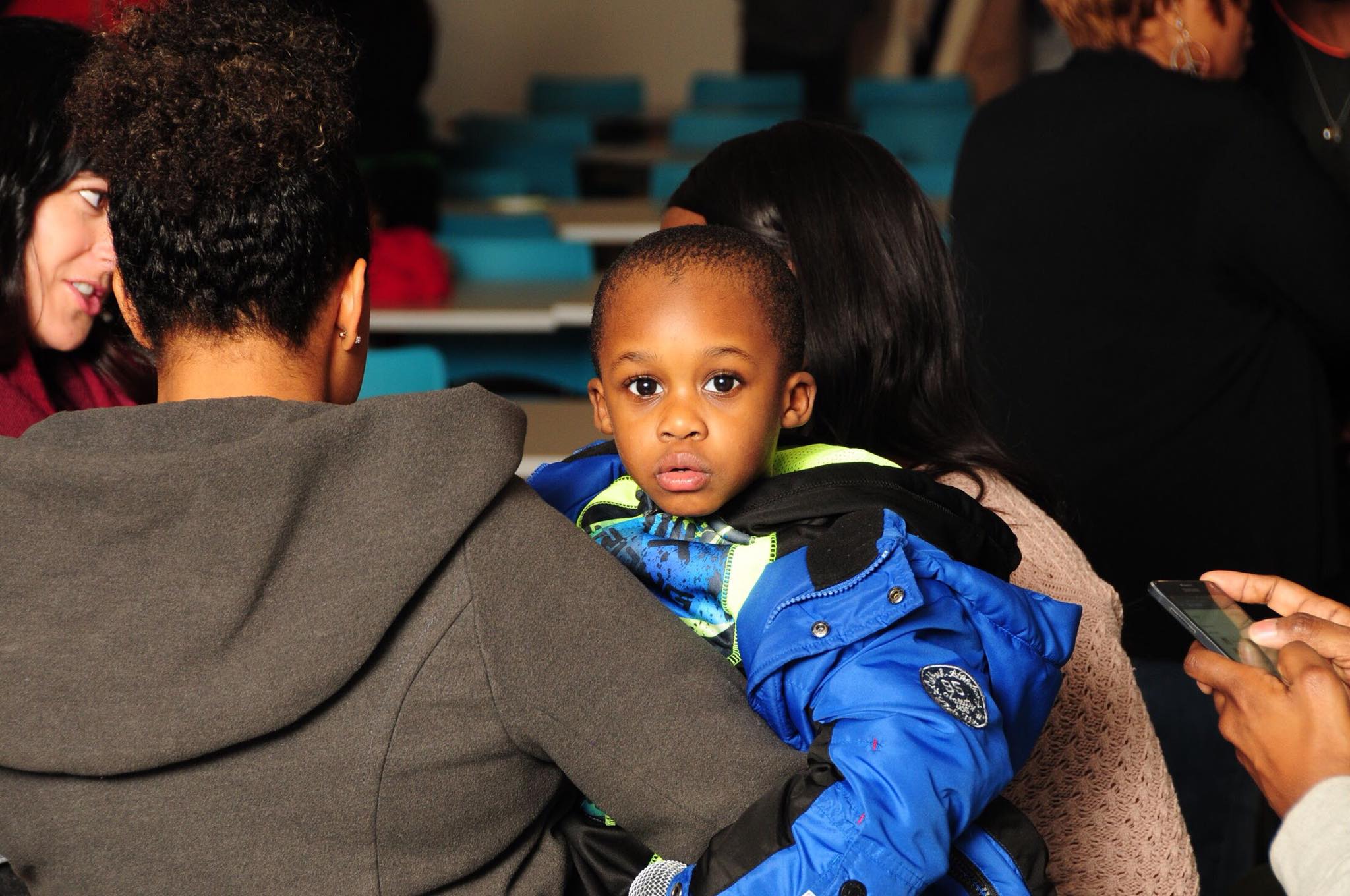