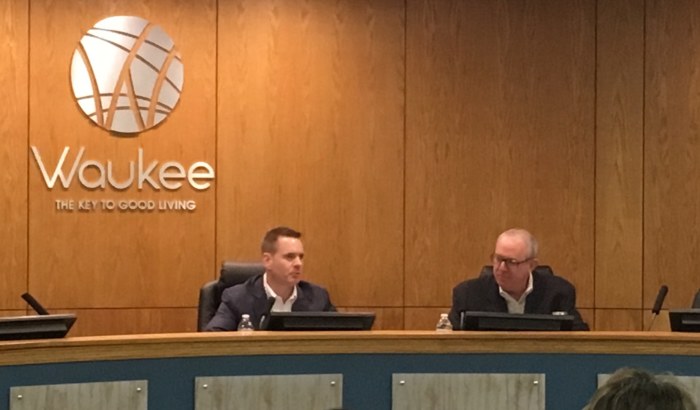 A bill that would provide state "education savings grants" to families of some children attending private schools lacks the support to move forward in either the Iowa House or Senate, state Senate President Charles Schneider told constituents at a March 9 legislative forum.

The Senate's second-ranking Republican was speaking at an event hosted by the Waukee Chamber of Commerce. The chamber put the video on YouTube.

An audience questioner, Elaine McClemons, asked about proposals to divert funding from public schools to private schools. My transcript of Schneider's response, beginning around the 24:25 mark:

And before I'm convinced this would be a good thing, I would need to see more data that this actually improves student achievement in places where it's been implemented. I haven't seen anything convincing. And then I would need to know that it would be worth the expense, and I'm not convinced of that either.

Schneider chaired the Senate Appropriations Committee in 2017 and 2018, so is well aware of the state budget's limitations.

As Democratic State Senator Claire Celsi noted here, early last week the Senate Education Committee was to consider a bill making education savings accounts available to any students attending private schools or being homeschooled. The committee pulled that bill from its agenda on March 4.

Three days later, most Republicans on that panel advanced an amended version, setting up a more limited voucher plan for students with a disability or an individualized education plan. Two GOP senators, Chris Cournoyer and Mark Lofgren, voted with Democrats against bringing that bill (renumbered as Senate File 547) out of committee.

Bills that have cleared at least one Iowa legislative committee by March 8 are eligible for floor debate, but leaders have discretion over the calendar and only bring up bills they favor and know will pass. Schneider's comments indicate that Senate File 547 probably will never come to a vote in the full chamber.

Democratic State Representative Kenan Judge, who represents Waukee and appeared alongside Schneider at the March 9 forum, voiced his opposition to the voucher bill as well. Public education is "vitally important" for Iowa's future, he said, adding that "taking any money out of the public system and moving it to the private system is a huge mistake."

UPDATE: State Senator Amy Sinclair told constituents on March 16 that the education savings accounts bill would not move forward this legislative session, according to a source who attended that forum in Knoxville. Sinclair chairs the Senate Education Committee and is the majority whip for the GOP caucus.