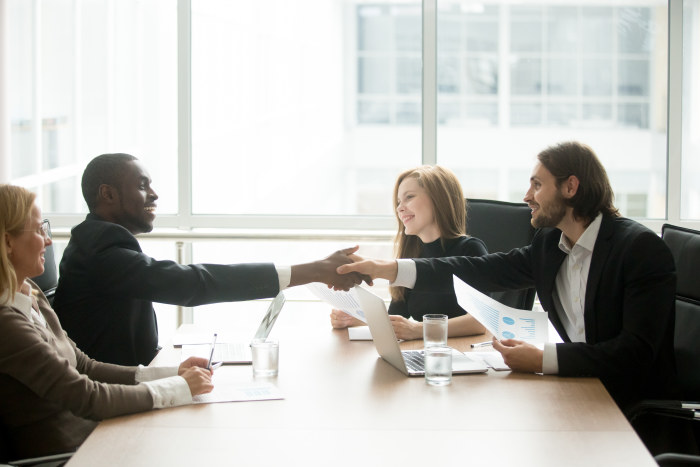 After February 16, 2017, I heard three words across the bargaining table that sent chills up my spine and tears to my eyes.

We were bargaining at a community college. The college had made an initial proposal to eliminate all provisions of the Master Contract except the base wage. We pushed to hear why. After all, those provisions had been in place for over 30 years, and they worked for both parties.

We didn’t get an answer. We pushed harder and a little louder. Still, there was silence from the other side. Finally, forgetting about everything except getting an answer, I used my undiplomatic voice and shouted, “We expect an answer, and we expect it now!”

The outburst was met with eye averted silence. Finally, in a voice barely above a whisper, the human resource director said, “Because we can.”

With those three words, everyone around the table knew their professional lives had changed. There would be no more meeting in the middle to make a deal. The initial proposal from management could now be its final proposal. The nightmare was real.

So, do we don sack cloth and ashes, weep, wail, and gnash our teeth over the loss or do we do something?

I don’t know about you, but the ashes make a mess, and the gnashing will do nothing but give you a tooth ache. It’s time for educators and parents to take some steps to fight back.

Yes, the majority party in the Iowa legislature and the former Republican governor now comfortably eating Chinese food are to blame for this public sector attack, but they are not the only ones. School boards who decided to use the law to destroy master contracts in place for decades are just as guilty.

Constituents, parents, and educators need to demand why this was done. Those three words are not an answer; they are an excuse. Yes, the law changed, but the relationship between educators and those locally elected leaders didn’t have to. That was a local decision often prompted by outside legal advice.

I always thought it was strange that school board members weren’t paid and all other local positions were. I now think it’s because the lawmakers of the past realized, they would need to pay people to hear complaints about pot holes, but people who really cared about their schools would step up voluntarily because they knew their community survival depended on the public school.

But now, it’s time to hold board members accountable for how they take care of our educators. If they are taking a bargained right away and not logically explaining why, it’s time for a board change. Also, when electing new board members, how they will treat the contract for educators, should be a primary question and a deal breaker if answered incorrectly.

By the way, board members who say, “We didn’t take anything away; we put it in a handbook,” are conning you. They are playing the same game the Trump administration played about the tax cut.

Once people visited their tax person, the con unraveled and so will the handbook scam when an educator is denied previously guaranteed contractual leave because the administrator unilaterally decided it wasn’t good for the district. Handbooks do not have the same force as a contract.

The other dodge I’ve heard from board members is, “We had no idea this was happening at the bargaining table.” That excuse is quite simply what a farmer wipes off his/her boot after visiting a bull pasture.

If a lawyer and administrator are negotiating for the board and are keeping members in the dark regarding what they are doing, a board member’s job is to find out. Administrators and lawyers work for the elected board, not the other way around.

I would strongly suggest individual board members be informed. If the lawyer or administrator won’t do it, bump into a board member at the grocery store and talk to them while they choose a loaf of bread. If someone complains later, apologize.

Which brings me to something else the public needs to question. Why are school districts hiring lawyers to do the negotiating when the law now gives management all of the power at the bargaining table? That money could be spent on our kids and the people who teach our kids. The next time you see a big Lexus at a small school, question who’s visiting and what it cost.

Bruce Lear lives in Sioux City and recently retired after 38 years of being connected to public schools. He was a teacher for eleven years and a regional director for the Iowa State Education Association for 27 years.

Editor’s note from Laura Belin: Randy Richardson has analyzed how many Iowa school districts preserved much of the previous contacts and how many stripped out all optional bargaining items. He has observed that smaller school districts were more likely to eviscerate the contracts.