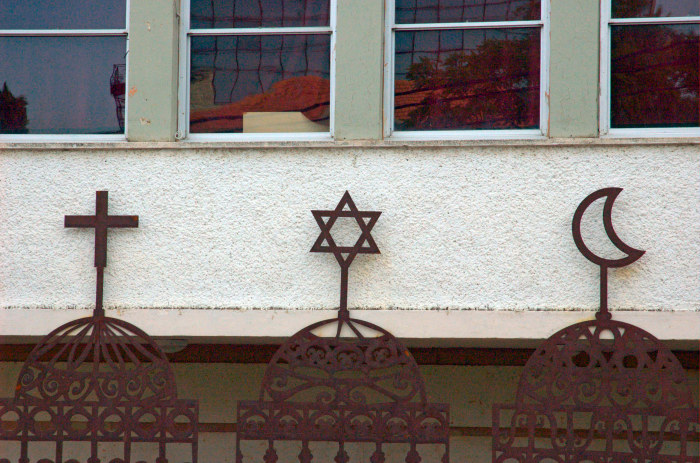 Ira Lacher argues that Democratic presidential contenders should accept an invitation from a leading social conservative in Iowa. -promoted by Laura Belin

From the moment the first Pilgrim set foot in the New World, the American cloth has been sewn by those motivated by religion. Our uniqueness results largely in part from those who brought their religious traditions with them, and by their descendants, who tailored those traditions to acclimate to their inherited country.

The Southern black church gave birth to the civil rights movement; marchers at Selma included Rabbi Abraham Joshua Heschel. Jesuit priests Daniel and Philip Berrigan helped define the Vietnam peace movement. Muslims Kareem Abdul-Jabbar and Muhammad Ali rose to the top of their sports. Thousands of others have used their faith traditions to make significant impacts on every aspect of American life. As President Barack Obama told PBS in its 2010 series God in America, “We are a nation of Christians and Muslims, Jews and Hindus and non-believers.”

But that ecumenism has been sundered. Since the U.S. Supreme Court in 1973 declared abortion to be a right, evangelical Christians, anointing themselves guardians of faith, have been determined to make the word of the Lord, as they interpret it, the law of the land.

Beginning with the 2012 elections, one group, The FAMiLY Leader, based in Des Moines, has been a major player in that crusade “by inspiring Christ-like leadership in the home, the church, and the government.” Those values include railing against same-sex marriage, abortion and Sharia law.

To consider an endorsement for the 2016 Iowa Caucuses, the group demanded that candidates sign a pledge that included what many considered racist language — declaring slavery a family value because children born into servitude lived in two-parent households. (They deleted that language under pressure.) The group’s 2015 Family Leadership Summit produced memorable utterances from far-right candidates, including Donald Trump’s memorable put-down of Sen. John McCain (R-Ariz.) as a “loser” for being captured during the Vietnam War.

The group has scheduled another such event for July 12. But absent a crowded field of Republican conservative candidates, it is instead inviting Democrats Kamala Harris, Pete Buttigieg, Elizabeth Warren, Joe Biden, Bernie Sanders, Beto O’Rourke, and Cory Booker. “A lot of them are using faith as kind of a focal point, as a centerpiece,” the group’s president, Bob Vander Plaats, told NPR. “So we’d like to find out what makes them tick.”

Yes, it could be a trap. Vander Plaats may simply want to show up the front-running Democratic candidates as ungodly, socialistic, unisex-bathroom baby killers. It would be silly to get into a policy discussion that won’t wind up changing anyone’s minds. And the audience will be quick to suss out Jesus-come-lately Christians.

But if Vander Plaats resorts to such a “gotcha,” an astute candidate could mic-drop his hypocrisy on live TV. That could accelerate the push-back against groups such as his: Nearly half of Americans believe that conservative Christians have gone too far in trying to impose their religious values on the country.

But if Vander Plaats is genuine in his invitation, it’s a worthwhile challenge for any candidate, such as Booker and Buttigieg, who have spoken openly about their faith. For those who profess to join them — including Sanders, who has related how his Jewish heritage has shaped his commitment to public service — it could be a fantastic opportunity to convince millions of Americans that Democrats are not the pagans that they are made out to be.

As Vander Plaats said, “If you’re going to cast a vision of unity, I think you need to be able to have the courage then to go to that venue … and cast that vision.”

In adhering to an inviolate though constitutionally principled stand on separating religion from state, Democrats have been scorned for ignoring the profound influence of religion on our nation’s history. Almost three-fourths of Americans consider religion important. To evict Trump, the Democratic nominee is going to need many of those believers to believe he or she shares their values.

UPDATE/EDITOR’S NOTE: On April 29, Booker, O’Rourke, and Buttigieg confirmed that they will decline Vander Plaats’ invitation. So did Harris. The Interfaith Alliance of Iowa released this statement from executive director Connie Ryan:

Interfaith Alliance of Iowa has spent the last five days talking with the Democratic presidential campaigns and urging them to reject an invitation to participate in an event this summer with The Family Leader and Bob Vander Plaats and any other event in the future.

The idea that Bob Vander Plaats wants to have a civil dialogue with candidates is outrageous. His rhetoric and his work have nothing to do with civility and he is no friend to the LGBTQ community, women’s rights, religious freedom, or the values of equality and fairness.

Vander Plaats promotes hate against people who are LGBTQ. He continues to rail against marriage equality. He advocates that women should not be able to make their own medical decisions. He uses religious freedom as a means to discriminate. Interfaith Alliance of Iowa is pleased that the campaigns will not give The Family Leader or Bob Vander Plaats a platform to promote the extreme views of the organization.