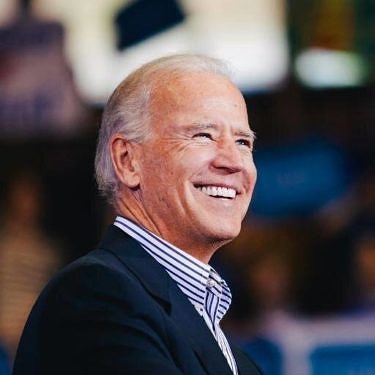 Ira Lacher: Biden “typifies the quintessential Democrat who inspired traditional Democrats to disaffect to Donald Trump in 2016: the Democrat who betrays party loyalists, and who continually fails to understand that it’s not what you say, it’s what they hear.” -promoted by Laura Belin

“Hide the hooch, Ethel! The Democrats are doin’ it agin’!”

Yes, they are. Joe Biden has foolishly bragged of his close working relationship with Senators James Eastland and Herman Talmadge, two of the upper chamber’s most virulent segregationists. According to the news outlet The Hill, Eastland blocked more than 100 civil rights-related bills during his time as Senate Judiciary Committee chairman.

At least one prominent media observer agreed that Biden had stepped in it again. ABC’s Sam Donaldson concurred that working across the aisle with people you disagree with is important, but told CNN’s Don Lemon: “[W]hat a mother of gaffes to use two Southern segregationist Senators as an example. Where is he living?”

The Biden kerfuffle is important because it spotlights the conundrum facing the Democrats: What kind of a party are they, who will lead them, and whom do they promise to advocate for into the next century?

Joe Biden leads in polls of activist Democrats. But he also typifies the quintessential Democrat who inspired traditional Democrats to disaffect to Donald Trump in 2016: the Democrat who betrays party loyalists, and who continually fails to understand that it’s not what you say, it’s what they hear.

Yes, you need to work with the other side to get things done, especially when you are in the minority. But in demonstrating how he can get things done in Washington, Biden easily could have said that he found common ground with arch-conservatives. You can always find kernels of agreement on grand policy issues. Instead, he chose to embrace his relationships with those who defended a moral wrong.

When Donald Trump said, “There are fine people on both sides” about the white supremacist march in Charlottesville, it was perceived as him praising neo-Nazis. When Biden embraces his good-buddy relationship with segregationists — especially when he and they opposed federal court-ordered racial balance in schools — an unmistakable question arises: Is he truly the progressive he professes to be?

Nevertheless, this episode raises the question of whether he is the man to disentangle America from Trumpian amorality. As Donaldson told Lemon, “[Biden] wants to be president of the United States in 2021 so he goes back to 1970 and says look there.”

Democrats cannot afford to make a mistake on their nominee in 2020. Trump must be extracted. The party would be loath to back someone who has proven himself as a failed candidate on a national scale. And is proving it again.