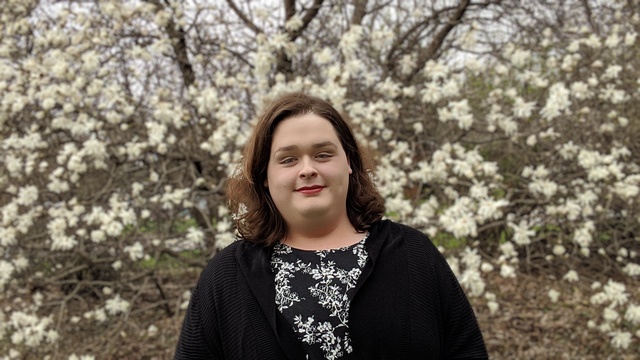 The importance of youth in politics

Alexandra Dermody is a candidate for Davenport City Council. -promoted by Laura Belin

I turned eighteen years old in November 2018. By then I had already experienced an existential crisis due to the state of our world today. My family pulled me from high school in freshman year due to the impermissible increase in school shootings. They feared for my safety. I grew up with the horrifying and crushing reality of what our world is today, continually bombarded with the news of shootings, stabbings, ignorance to the highest offices, and a failing economy.

I began conducting my own research into school and youth violence last year. I tried to speak with members of the community and elected officials, among others, but no one would take me seriously. I’m sad to say that my efforts then were for naught.

Also in 2018, my town’s mayor, Frank Klipsch of Davenport, held a Youth Summit. It was supposed to be the first in a series of summits that would bring the community together to help solve various issues. I was the only person I could find there under the age of thirty. I respect Mr. Klipsch for his efforts, but ultimately it didn’t accomplish much. I fear other steps being taken will be similarly ineffective, for one simple reason: my generation is being left out of the discussion.

A lot of good people in Davenport and across the country are trying to address problems, but without the input of the demographic these issues face, they won’t accomplish much either. Although we are young, my generation are much more able than many give us credit for. Just look at the students at Stoneman Douglas High School in Parkland, Florida, who emerged as the heart and soul of the gun control movement.

Still, I encounter many people who write off younger generations. An explanation I hear a lot is, “They don’t have any real life experience.” However, many kids and students have been forced to go through things that others should consider themselves lucky for never experiencing. Dozens of school shootings around our country since 2000 are only one example.

That’s why in January, only a few months after turning eighteen, I decided to run for my hometown’s city council. Because I am not content to sit by and do nothing. I will not be a hypocrite, complaining about an issue I am not willing to fight to fix.

Our communities need my generation to stand up and fight. Because I don’t want to live in a world where I have to be scared of walking down the street, or going to the mall. When I have kids of my own, I don’t want to have to memorize their faces each morning, remembering each detail, fearful that it may be the last time I ever see them.

Big problems like crime, economic stagnation and deterioration, a failing job market and higher education system, can’t be fixed without my generation’s input and involvement. It’s why I hope to see more people my age taking a stand and running for office. Only when we all work together will we fix our wounded communities.

Editor’s note from Laura Belin: Filing deadlines for the November 5, 2019 city and school board elections around Iowa are coming up in August and September. This post includes important information for prospective candidates.