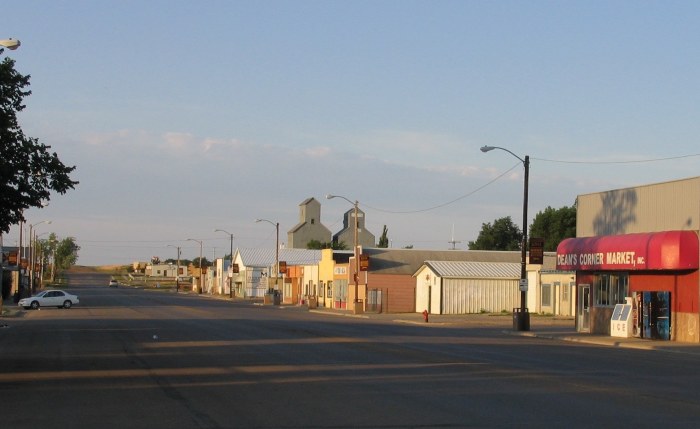 Iowa currently hosts a horde of Democratic presidential candidates, but from what I can tell thus far, few have any meaningful experiences or insights dealing with rural areas or rural issues.

But rural economies are more diverse than most suppose.

To be sure, farming and those sectors that are dependent on farming are large and important fractions of the fabric of rural Iowa and always will be. Plus, our farm sector has current woes that are important and must be addressed – most acutely the ongoing economic hardships caused by the U.S.-against-the-world trade war. Nonetheless, a multitude of problems, issues, and needs exist in rural Iowa irrespective of ag sector performance.

Iowa’s rural areas have proportionately more elderly people and comparatively fewer people in the prime working ages of 25 to 54 than our metro economies. They also have less demand for college graduates, so the overall average education level is lower. These lower levels of prime workforce members and of education are not necessarily deficiencies that need to be remedied, however; they are the inevitable outcomes of rural areas’ industrial structures, which are dominated by manufacturing, trade, and farming.

While nonelderly Iowa rural residents are not more likely to live in poverty or near poverty than their metropolitan cousins, of the 21 counties with families-with-children poverty rates higher than the statewide average, only two are metropolitan counties. Rural residents afflicted with chronic conditions or disabilities must travel longer distances to receive primary health care, not to mention emergency services, and many rural households have transportation limitations and must rely on scheduled regional transit systems as their primary means of service access where a trip for a medical appointment may take most if not all of a day.

The local economies are insufficient in a large number of nonmetro places to adequately maintain their historic community physical footprints. Agriculture, manufacturing, trade, and service delivery require fewer workers to produce the same or even more output over time owing to technology advances. Those trends mean fewer households are supported by the existing economies over time; hence, net outmigration.

Inevitably, many of these communities suffer from blight, disinvestment, housing abandonment, and erosions in the quality and capacity of critical public and private infrastructure as a result.

Not only is labor supply constrained by the structure of rural economies, which in and of itself inhibits potential growth because these areas are dominated by slow growing or declining sectors, but a host of rural businesses ranging from mom and pop stores to professional offices like law, accounting, medical doctors struggle to find successors. Attracting business investors and young professionals to nonmetro areas grows more difficult every year.

Iowa has around 40 nonmetropolitan regional trade centers ranging in size from 5,000 to 28,000 scattered about that function as employment, service, and employment hubs. All but a few of them are declining, and some are declining sharply. Moreover, their struggles have a spatial multiplier effect on surrounding communities and counties that are dependent on them – regional health is a function of trade center city health, and stabilizing those anchoring economies needs to become a policy priority at the state and at the federal levels.

It is clearly evident that most new investment in Iowa will not occur in rural areas, and even when it does, that investment will usually not bring many area jobs. The celebrated ethanol boom of the last decade increased employment in that sector by about 1,400 jobs statewide, but nearly all of the counties that hosted new plants have declined in population this decade. The recent addition of a pork processing facility near Eagle Grove doesn’t begin to offset the losses in much better paying jobs a few miles to the southeast when Electrolux closed in Webster City a decade before.

What to do? Iowa political leadership believes targeted investments in industries, housing, and broadband are keys rural revitalization. The assumption is that we’ll grow rural areas out of their problems. That may be a partial solution for a selected subset of rural areas, especially among the regional trade centers, but Iowa’s nonmetropolitan areas have a wide range of issues needing attention that are disconnected from raw job and population growth.

Politicians and policy makers must shift away from the improbable yet politically irresistible promise of future growth to one of helping manage and attend to the myriad issues that rural residents face:

Importantly, they will require advocates who understand that rural needs are more complicated, persistent, and acute than the current fortunes of the farm sector.

Top photo by Dave Swenson of a small Midwestern town, published with permission.