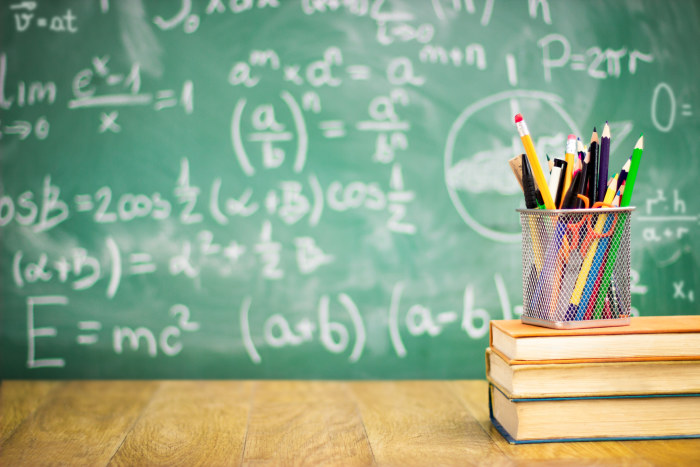 Bruce Lear suggests a “shopping list” that could “help save a precious Iowa resource.” -promoted by Laura Belin

Less than a month after the final day of school, I saw a big glossy newspaper ad announcing “Back to School Supplies.” That’s the kind of thing that makes a teacher’s heart skip a couple of beats. Like a terrible joke made after a tragedy. It’s just too soon.

Yes, kids need pencils, paper, and crayons, but I started to think about essential supplies for teachers, which are sorely lacking in Iowa. My list may not be something to shop for at Target or the Dollar Store, but these are some things that teachers desperately need to start a fresh school year.

Educators need school board members who will stop looting master contracts just because the law allows it. Under the 2017 collective bargaining law, base salary is the only mandatory bargaining item.

In some school districts, these provisions are put in a handbook that may be changed unilaterally by the school board. In other districts, these items simply vanish and are left to the tender mercies of an administrator.

According to a recent Bleeding Heartland post by Randy Richardson, 170 Iowa school boards chose to remove some or all permissive language from their master contracts. In 130 districts all permissive language was removed. Fifty of those districts chose to eliminate the salary schedule, meaning there is no guarantee veteran teachers there will ever receive a raise again.

Most of the language in these contracts had been in place for 40 years, but they were gutted by locally elected board members, who in some cases owed their election success to educators.

It’s time for school board members to support their community educators or get off the board. Too often the excuse is, “We didn’t know what was happening.” It is the job of a school board member to ask questions until s/he finds out what is going on. The school district attorney should not be making these decisions, and neither should the superintendent. It is the board’s responsibility.

In fact, since districts now hold all of the power in collective bargaining, having a $400 an hour outside attorney bargaining against local educators is a huge waste of taxpayer dollars. Such expenditures should be embarrassing for board members, and the public should be calling them on it.

If a board member wants to remove everything from an established master contract, s/he better have a rationale more solid than the Iowa Association of School Boards or our school attorney told us we could. Like Mom always said, “Just because you can, doesn’t mean you should.”

School boards need to stop giving double digit raises to administrators in the same year they pretend they will only negotiate 2 percent or less for the teachers and support staff. Administrators deserve raises, but not in disproportion to raises given to other educators. Doing so creates distrust and misplaced priorities.

In a sense, a school board that does this is saying, employees who don’t work directly with kids are more valuable. It’s wrong.

Educators need parents who will support them by voting for legislators who will stand strong for public schools. I’m not talking about politicians who claim in November to be a friend and by January decide their only friends are their own party’s House speaker or Senate majority leader. Public education should not be a partisan issue, but it has become one in Iowa. Facts are facts.

Republican legislators have shown they are not public educator friends, with their chronic underfunding, their continual push to change IPERS (the main public employee pension program), their love of vouchers for private schools, and their distain toward fairness in collective bargaining.

Educators aren’t off the hook either. Teachers need to take the cue from the Chamber of Commerce. Business votes and lobbies for self-interest. They are not embarrassed by this commitment, and it has worked for them.

Educators need to own that they are a “special interest.” That special interest is public school children and the people who teach them. Teachers need to vote that way and then lobby hard without embarrassment.

Speaking of lobbying hard, educators need the community to lobby with them for local schools. Right now, public schools in Iowa are at risk. Class sizes are too large. Every time there is a cut, I know administrators proclaim that adding two or three kids to every class won’t impact a child’s education. It does.

The root cause is a lack of funding from the legislature and a lack of priorities by school board members. (See number 3 above.)

Iowa has both the burden and the privilege to vet presidential candidates through the first in the nation caucuses. Educators need each wannabe president to have a plan to increase educator pay nationally.

Because of a looming national teacher shortage, classrooms are going to be unfilled with a teacher but crowded with kids. Each candidate owes the public a plan that helps rescue and enhance public schools in America.

My supply list is just as important as the school supplies parents send with their children at the beginning of the academic year. This list will help save a precious Iowa resource. Is it too early for this list? Not at all. Unless these supplies are provided quickly, it may be too late.