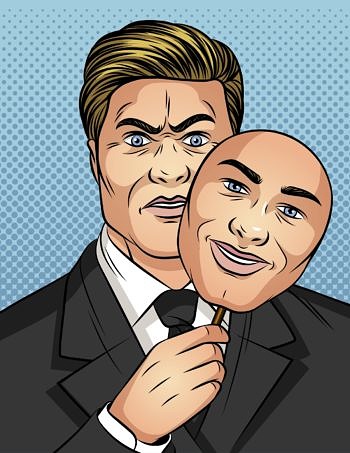 A guy I’ve worked with a for a long time believes whites are overlooked in favor of minorities, people who enter America illegally should be sent back, college graduates on the East and West coasts look down on those who haven’t a degree, and Christianity is under attack by atheists who want to remove God from our lives.

He has never said it outright to me, but I would bet everything I and my children will ever own that he voted for Donald Trump and will do so again.

Is he a bad person?

Before you answer, read Timothy Egan’s column in the November 9 New York Times. Particularly the last paragraph. After you read it, if you have to scratch your head and wonder, “What’s he talking about?” or even worse, disagree, you’re part of the problem.

Yes, you, who will support no Democrat other than he or she who vows to eliminate private health insurance, make college free for children of parents earning six figures, throw open the borders, and ban ownership of guns.

Now, you could argue that opposing progressive proposals plays right into the hands of those who attained their money and power by constructing, aiding and abetting and preserving a social, political and economic caste system that rewards those who already have money and power. And you might be right. But let’s think beyond our cardboard signs.

And I caucused for Bernie Sanders in 2016. But I’ve learned.

In every fight, in every demonstration, in every march, there needs to be comprehension. We need to ask not only, “Is the struggle worth it?” but also, “Who will be harmed by the collateral damage that every struggle begets?”

Many Trump voters — and, according to polls, they number two out of every five Americans — like him precisely because he is like them: vile, incompetent, childish, misogynistic, and racist.

But other Trump supporters — and undecideds — will vote for him because they see him as the bulwark against those they loathe and fear: the elitists, mainly from the East and West coasts, who smugly and righteously sip their Zin as they nibble at their caviar, who tsk-tsk those who believe in capitalism, American exclusionism, religion and the rule of law.

When their communities declined because the mines and factories that paid them closed and eliminated their jobs, or big ag displaced the family farmers who served those communities, Americans pleaded for help from the Democrats many supported for generations. Instead they got nonbelievers denigrating their religion, bureaucrats brandishing regulations that cost them money, pacifists vowing to deprive them of freedom-preserving tools, and academics peering and poking curiously at them before driving off in the cars made in Germany — the country their fathers and grandfathers fought against.

Democrats, like it or not: As the Fifties comic strip character Pogo famously said, we have met the enemy and they is us. Tens of millions. They were angry in 2016. And they’re still angry.

We can lament all we want about how we’re going to abolish the corruption, the immorality, and the slavish attention to power that got us here. We can dither about what’s the right way to solve problems until our vocal chords burn up.

But until we start paying attention to Americans, and nominate a presidential candidate whose slogan is not “I have a plan” but “I’m listening,” we are going to wake up on November 4, 2020, and wonder, “How the fuck did this happen again?”