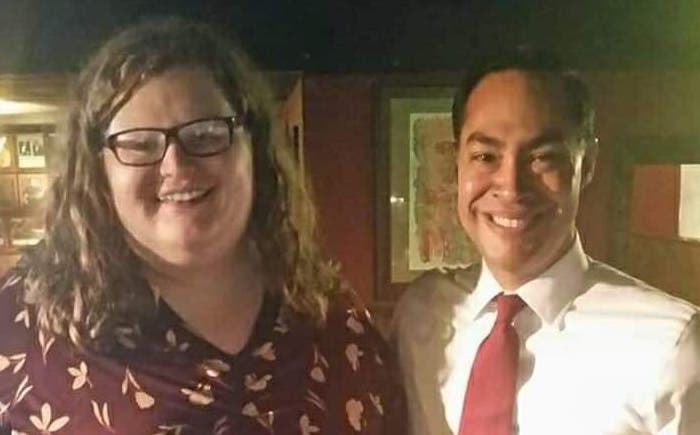 I am endorsing former U.S. Housing and Urban Development Secretary Julián Castro and will continue being an endorser of Senator Cory Booker of New Jersey (whom I endorsed September 16), because both of them share my values.

I am endorsing Secretary Julián Castro because his voice is unique. His voice is being erased–the media aren’t giving him the coverage he deserves–and we can’t allow erasure to happen anymore.

When I put my support behind Senator Kirsten Gillibrand of New York, I knew she was a long-shot in the presidential race. I gambled the chances to have an unbelievable experience with an amazing woman who leads and fights for marginalized people. Sadly, that gamble ended in August.

Over the past few months, I have learned much more about Secretary Castro. He has an impressive resume after serving as the mayor of a diverse community and leading a federal housing department with 8,000 employees and an annual budget of $48 billion.

The best part about him is he strives to learn. Whether it’s about serving the transgender community, fighting for sex work to be decriminalized, or the disability rights policy he just put out, he has shown growth some other candidates have not shown.

With the Iowa caucuses fast approaching, Julián has shared his critique of the caucus process and the traditional nominating calendar, because Iowa does not represent the Democratic Party demographically enough to be first in the nation. People need the electoral process in Iowa to be democratic, not the other way around. We need a more accessible and inclusive Iowa political experience.

I am endorsing Secretary Julián Castro, because he brings one of the most important voices to the table. I am going to lift up his voice, because he has shown he will be more than just an ally to the transgender community. He will be an accomplice in fighting for transgender people’s liberation.