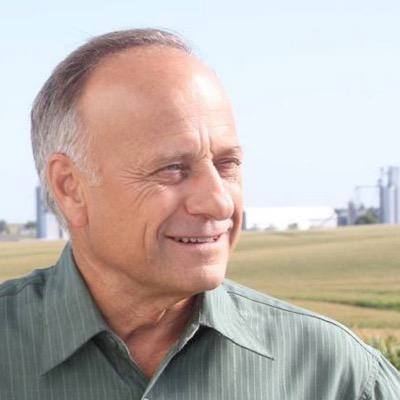 Ryan Bruner is an Iowan who is approaching politics with love. -promoted by Laura Belin

Holidays are a time of reflection. Thinking back on my childhood in western Iowa, there could have been no more perfect place to spend my early years. Within a three-mile radius from my childhood home was my whole world– school, church, family, friends. I rode my bike to school and walked a block every Sunday to a packed Saint Lawrence Church. My friends and I would race to our neighbor’s front yard to play football after school and leave our bikes unlocked by the street without a care in the world.

We grew up in a Midwest dream town. Neighbors took care of each other and set aside differences for the greater good of the community.

Carroll was a safe community that took great pride in its two strong high schools. My father practiced law with his father and brother. My mother taught at the Catholic grade school and went on to be the Head of Human Resources at a local bank. My family taught me that being connected to your neighbors and giving your time to better the lives of neighbors was essential to living a fulfilling life. The community rallied behind local initiatives like expanding the hospital, investing in schools, and revitalizing our main street to spur entrepreneurs to start new businesses. In my younger years I thought it was a perfect place to raise a family.

I attended a Catholic school filled with supportive teachers and faculty who taught respect. The classrooms were filled with sons and daughters of farmers and small business owners, kids whose parents wanted them to receive a faith-based education.

During my freshman year of high school, State Senator Steve King was elected to Congress. It was easy for me to see what approach he would take in his new role, evidenced by his time in the Iowa Senate. While there he filed a bill requiring public schools to teach children that the U.S. “is the unchallenged greatest nation in the world and that it has derived its strength from… Christianity, free enterprise capitalism and Western civilization.”

King was also the chief sponsor of a law making English the official language of Iowa. He chose then, and continues to choose, to stoke fear and division among voters. King works to create an enemy out of your neighbor for political expediency, attacking the most vulnerable in the hopes to suppress their voice. When he proclaims that an immigrant is going to take your job, he is making excuses for his failed economic policies.

Like too many Republicans, Steve King weaponizes religion as a shield to deflect attention away from his regressive policies. In 2005, he sued the Iowa Secretary of State for posting voting information on an official website in Spanish, Laotian, Bosnian and Vietnamese. He is on record comparing immigrants to the farm animals caged up in the western Iowa fields.

Both at school and during Sunday services, I heard conflicting messages about immigrants from religious leaders. The most telling piece of scripture on this topic comes from Leviticus 19:34. You shall treat the stranger who sojourns with you as the native among you, and you shall love him as yourself, for you were strangers in the land of Egypt.

It sickens me that Steve King uses religion as a shield. It’s past time for Western Iowa to stand up to his racism and bigotry.

I always felt that the people in my community were my church. They willing to love me because we grew up going to the same playground, not because we shared the same religion, skin color, or family traditions.

Home now for Christmas, I will be going to St. Lawrence with my family and expect emptier pews than when I was a child. We used to have to pack into a single pew with three other families, but that is not the case anymore. Last time I attended mass in Carroll, it was evident that not only has Steve King divided my community politically, but he is also part of the reason so many have left the church.

Restricting a woman’s right to choose is yet another tool in King’s regressive arsenal, capitlizing on the Church’s anti-abortion agenda. It makes sense that the Catholic religion is against abortion, because Catholics believe that life starts at conception. Each Catholic has a right to that opinion.

From my past experience with Catholicism, this belief makes some sense, but I have also observed that in the Catholic church, only men make decisions. Men lead the services and make the decisions in the Dioceses. Men have the power over their bodies and the bodies of women in their parishes. If in Catholicism I was taught to treat others as we would want to be treated, how can we allow the patriarchy to persist in a way that degrades women on the most fundamental level?

Because Steve King supports the defunding of Planned Parenthood and the ending of abortions, he can say whatever he wants. For more than fifteen years, people have lined up on election night to vote for Steve King on this one issue.

This past summer, Steve King cited rape and incest as an argument for banning all abortions, with no exceptions. He said, “What if we went back through all the family trees and just pulled those people out that were products of rape and incest? Would there be any population of the world left if we did that?” News of those comments angered but did not shock me.

Republicans have worked tirelessly to make abortions illegal and inaccessible for their constituents, and Steve King’s supporters relish his leadership on this issue. Democrats have fought back looking to make sex education available and to provide women the tools and support to make their decisions involving their bodies. Democrats and Republicans may not be ready to settle this issue, but my Catholic upbringing taught me that I must respect other people’s opinions and life choices. I believe there can be a world where neighbors can disagree on this issue and still love one another.

I believe we must all work to provide women and families the best opportunity to make their own decisions and have their own personal freedom. We must build strong supportive communities that offer women equal opportunities to live the life of their choosing. All people want is the ability to live their lives on their terms.

When I travel home now, I see many things that are concerning to me. I see businesses closing, class sizes shrinking, and communities barely holding on. I love my hometown and cherish the memories there. I know driving home I will only have to be there for the weekend. I know I could never move back to Carroll because of the leader that my community votes for each election year.

I live in Des Moines, a city that does its best to welcome diversity and provides people the ability to live their lives on their terms. It is odd because in my new city, I can’t go a week without running into someone from my hometown. RAYGUN even has its clever “People From Carroll: We’re Everywhere” t-shirt. It’s true: many young people from Carroll have left and are not coming back.

In order for people to see Western Iowa as a place to raise a family again, new leadership is so desperately needed, one who recognizes the strength in diversity and the honors individual’s rights.

I’ve been deeply impressed with J.D. Scholten as a candidate for Iowa’s fourth Congressional district and his commitment to Iowans in a way that reflects our true values. He has the ability and determination to cultivate new industries in his part of the state. He is a leader looking to promote the acceptance of your neighbors and their way of life.

I will always love my hometown and the people there. I just hope that someday my community can be represented by a person of integrity whose values align with mine. I would like to believe Western Iowa will do the right thing and vote for a leader that will represent their communities now and in the future. If they don’t, the younger generations will only be visiting during the holidays for their one church service of the year, with even emptier pews. 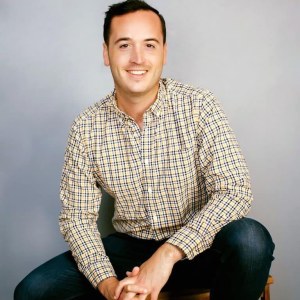