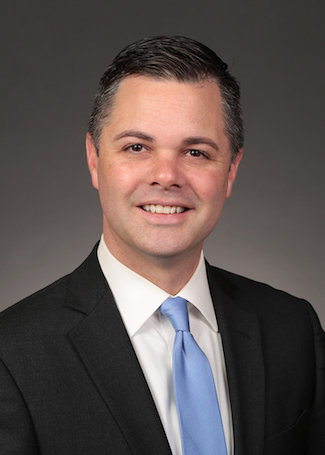 A free speech watchdog characterized the bill as unconstitutional censorship.

Although Iowa elections for school boards, city councils, mayor, and some county-level positions have long been nonpartisan, those offices often become stepping stones for Democrats and Republicans running for partisan offices. Because many county supervisors and state legislators won their first elections on a nonpartisan basis, political party committees sometimes help get out the vote for like-minded candidates in local elections.

On its face, the wording seems constitutionally suspect. Can the government ban political organizations from spending money to support candidates for local office?

David Keating, president of the Washington-based Institute for Free Speech, provided this comment to Bleeding Heartland about Nunn's bill.

It’s censorship, which is both a bad idea and unconstitutional.

The U.S. Supreme Court has ruled many times that government can’t limit independent speech – such limits violate our rights to free speech and a free press.

The courts have allowed limits on contributions and coordinated expenditures. But contribution bans have only been rarely permitted, such as those allowed on foreigners and government contractors. That’s not the case here – the bill would ban contributions by parties and political committees.

If the senator doesn’t like the speech he heard at that last election, the solution is not a ban on speech or candidate contributions. The best way to counter speech you don’t like is to speak and publish your point of view.

I had a number of questions for Nunn, who represents part of eastern Polk County and much of Jasper County. Did he come up with this idea after Democratic candidates did well in the latest Polk County city council or school board races? Did others suggest that he introduce the bill? Did he run the concept by any attorneys? Had he discussed the bill with Republican colleagues or Senate leadership to get a sense of whether it might forward?

Nunn replied via email on January 27,

Iowans overwhelmingly OPPOSE partisan politics in local non-partisan races. My constituents have asked to keep partisan groups and their massive funding out of local races where citizens are working hard to serve their communities. The last thing Iowan’s [sic] want is divisive Washington-style politics in our non-partisan elections.

I've seen no sign of "massive funding" by partisan groups in recent Iowa elections. The latest financial disclosure from the Polk County Democrats indicates the committee spent just under $10,000 last year on GOTV mailings and $2,500 on Facebook advertising in support of various city council candidates. The Story County Democrats appear to have spent nothing on supporting local candidates. Rachel Junck won a hotly contested Ames City Council race with help from a small army of volunteers and some canvassing paid for by the national group NextGen Climate Action, which is nonpartisan.

Sean Bagniewski, who chairs the Polk County Democrats, told Bleeding Heartland that Republican county parties across Iowa "have concentrated on local elections for decades. It only became a problem when the Polk County Democrats started beating them at the same thing." He posited that sticking with Donald Trump is hurting GOP candidates when it comes to fundraising or organizing in the Des Moines metro area.

Instead of competing at the ballot box, they’re trying to use their legislative advantage while they still have it. It goes hand in hand with all their voter suppression efforts across Iowa. The bill specifically singles out direct donations to candidates. The Polk County Democrats didn’t give a single penny to a single candidate. Other than printing and postage, all our efforts were volunteer-based. Our Republican friends just don’t seem to comprehend that volunteer hours can count even more than a monetary donation. [..]

It’s a direct attack on the record number of first time candidates, women candidates, and candidates of color that we elected in every suburb this year.

Incidentally, the Trump campaign organized some phone banks and door-knocking efforts for local Republican candidates before the November 2019 elections. I've enclosed below screenshots about a few events.

Nunn doesn't serve on the Senate State Government Committee, where this bill was referred. At this writing, the legislation has been assigned to a subcommittee but hasn't had a hearing. Bleeding Heartland will keep an eye on its progress or lack thereof.

UPDATE: A Washington Post feature by Robert Samuels on political changes in the suburbs of Des Moines included a few comments from Nunn on this bill.

“A local school board trying to figure out how to fund a teacher program or a city council working to fix a street should not be a partisan issue,” Nunn said. “What they are doing is, in a word, frightening.”

Although many issues facing local government bodies have little to do with partisan politics, some do. For instance, after Republicans including Nunn eviscerated public sector bargaining rights in 2017, it is more important to elect city council and school board members who understand the value of fair employment contracts. There's nothing scary or illegitimate about trying to put like-minded people in positions of power.