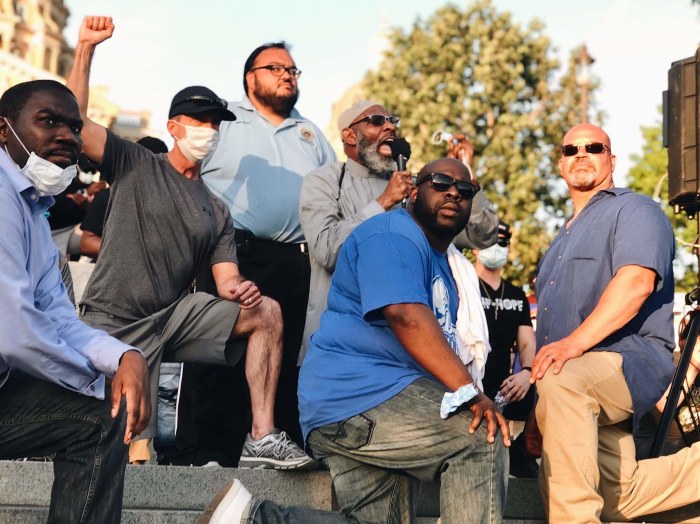 No Justice No Peace: Elections, actions, and activism

Rob Johnson, Al Womble, and Eddie Mauro of the New Frontier Fund jointly authored this commentary. The No Justice No Peace PAC is online at www.njnppac.com. -promoted by Laura Belin

History is a curious thing. Our understanding of our past changes with time - moving through phases where our perception shifts, evolves and deepens. This examination of our history is constant, and it happens in the public sphere through discussions via social media, the news, commentary, and politics.

We are in the midst of a significant reorganization and shift in how we see, hear, and experience the history of race in America. It’s colliding with a time when Americans fundamentally re-evaluate how we relate to our institutions of government, our neighbors, and our local communities.

This confrontation is messy. It’s fraught with conflict. And it’s necessary.

The intersection of movements for Black liberation and justice, calls for recognition of the essential humanity of our LGBTQ brothers/sisters/siblings, and our approach to the COVID-19 pandemic have created both a challenge to the primary institutions of our democratic system and an opportunity for real structural and transformational change. Change that can make our country healthier, our communities safer, and our institutions more just. If we rise to the challenge, recognize the need for change is real, and act boldly, we can emerge from this moment stronger.

If we fail to rise to this challenge and merely go back to business as usual - we will have failed and will be committing generations to come to a future of continued division and injustice.

Our Call to Action

With this in mind, we are launching a new organization to help lay the foundation for a more progressive, just, and equitable future. We call it the New Frontier Fund, and our first project is a new political committee - No Justice No Peace.

No Justice No Peace will initially focus on a #BlackNewDeal. A plan that aims to fundamentally change our criminal justice system, guarantee the right to vote, pursue economic justice and equity, and end the over-incarceration of people due to the criminalization of marijuana.

To us, this is a matter of life or death.

Immediate Attention in Our Own Backyard

We call for three actions that Governor Kim Reynolds, the Iowa legislature, and Congress can and should take immediately in response.

First, we need an Executive Order from Governor Reynolds restoring voting rights - automatically - to all people who have served their prison sentences. Bringing these voters back into the electoral process will help reduce recidivism (and our prison population in the future) and create a more equitable election process. You can take action here.

Second, there needs to be an immediate moratorium on all sentencing involving jail time for all non-violent drug offenses - then permanent legalization of marijuana at the federal, state, and local levels. According to John Hudak at the Center for Effective Public Management, “Despite cannabis usage rates between whites and non-whites being similar, Black Americans are arrested for cannabis offenses at a rate of nearly 4:1, compared to whites.

Incarceration during these trying times dramatically increases your chance of contracting COVID-19, impacts the ability to obtain a job, and our prison population is already overburdened. If Paul Manafort and Michael Cohen can get a reprieve from their prison sentences, we need to extend this to people who have committed non-violent drug offenses.

And third, we are calling on President Donald Trump and the U.S. Department of Justice to immediately reinstate the federal moratorium on the execution of federal inmates. The state inequitably applies the death penalty to persons of color, and the state shouldn’t be in the business of taking a person’s life.

Over the last year, there has been an awakening of millions recognizing the violence perpetrated against communities of color. This awakening is occurring all over our country, and right here in our backyard in Iowa.

Now, we have an opportunity to build on that foundation. To make our way into a new frontier where we pursue justice for all and peace for future generations. 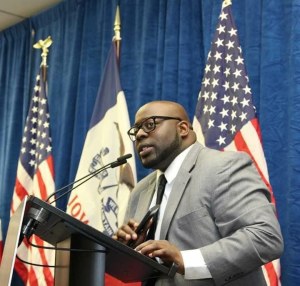 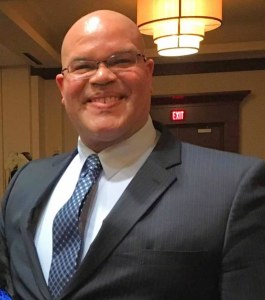 Eddie Mauro is former teacher and longtime business owner who has been involved in community service, activism, and organizing for many years. He is the President of UIG in Des Moines and a co-founding member of AMOS in Central Iowa. 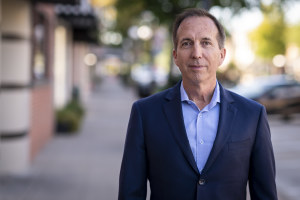