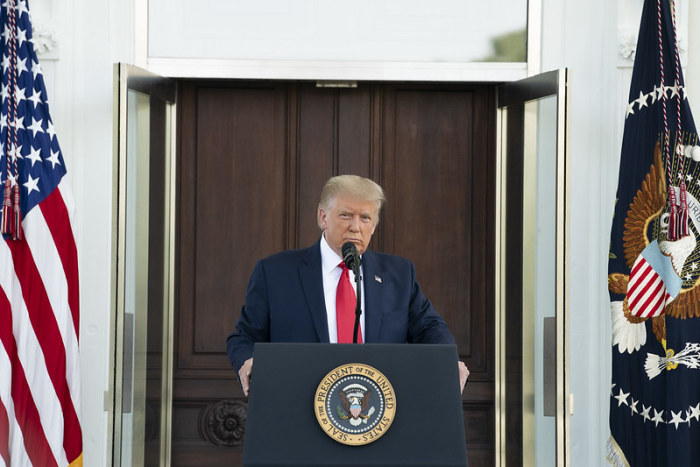 The wrong message at the wrong time

Dan Guild: Donald Trump has positive ratings on handling the economy. But he’s staking his campaign on a “law and order” message. -promoted by Laura Belin

Politics can be as complicated as you like. You can build statistical models to calculate the odds of a candidate winning. Complicated ideological positions can be constructed precisely delineating what is right and wrong.

Most of the time, politics isn’t that complicated.

People do not like Donald Trump. His favorable rating in the 2016 exit poll was 36 percent. His approval rating has never been above 50 – and as I wrote at Crystal Ball in April, there is no better predictor of an incumbent’s vote share than his approval rating.

That message is, of course, a distraction from COVID-19. It must be said Trump has succeeded in changing the subject from the pandemic. In the recent Siena polling of New Hampshire, Minnesota, Wisconsin, and Arizona equal numbers said law and order was as important as COVID.

In the midst of the worst epidemic in 100 years (this blog has more than documented the disaster) changing the subject can be thought of an achievement, I guess.

The problem is fewer people think Trump can create law and order than think he can handle the COVID crisis. In that respect, the latest Siena polling is devastating.

In Minnesota, 54 percent said he has encouraged violence. In Wisconsin the numbers were similar.

As I wrote over the summer, Trump’s instincts are to divide. In June the Siena polling found that Biden’s most important advantage is on uniting America.

I live in New Hampshire and went to more than 20 presidential candidate events in 2019. One question was asked at every event: “How can you bring people together?” I didn’t understand at the time how deep the sense of division disturbed people. Most Americans don’t want to be told that their neighbor is an evil anarchist. They are all aware of the divides in America, and they want a way to transcend them.

Trump has never understood this. His entire strategy is to stoke hatred. Ironically, another message is open to him on the economy. But neither he nor conservatives can see it.

Trump can still win. I could cite numbers proving this. But that scenario assumes another candidate, one whose instincts are better suited for the current moment.