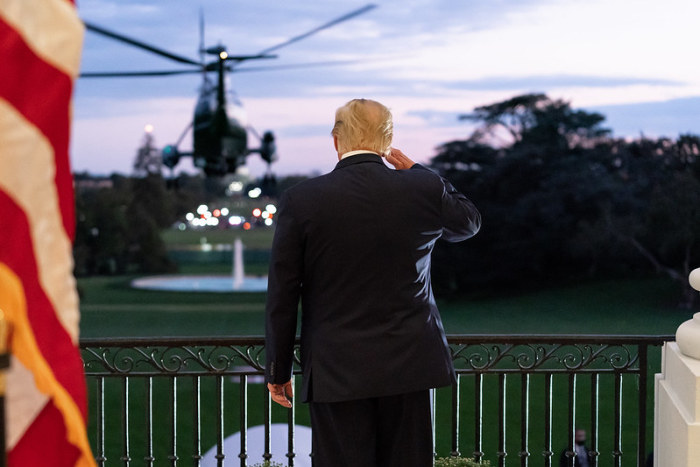 Ira Lacher spoke with two young women who were severely affected by COVID-19 despite their low-risk profiles. -promoted by Laura Belin

When President Donald Trump walked out of Walter Reed National Military Medical Center after being treated last month for COVID-19, he trashed every poll that predicted a Democratic presidential election rout.

Joe Biden won the electoral college and the popular vote, but Trump still collected 8 million more votes overall than he did in 2016, and won some states by larger margins than his first run at the presidency.

I have written that Trump and Republicans made this election a lot closer than they had a right to, because they expertly parlayed many Americans’ fear of black rioters descending on their white suburbs. But they also took advantage of Trump’s secret identity.

“I woke up and I felt good. I said ‘get me out of here.’ Boom. Superman,” Trump told a rally in Arizona October 19.

“Trump was saying, ‘Hey, I got it and I’m OK.’ ” Cheryl Pelletier, a Republican from Arizona, told PBS. “It was an iconic moment.”

How else do you explain the success of a president who, according to several studies, has been directly responsible for at least 30,000 COVID-caused deaths and refuses to impose a nationwide containment policy, as have most other industrialized nations?

We’ve been told that those at greater risk of hospitalization and death are immunocompromised because of advanced age or pre-existing condition and that the overwhelming majority of those who are infected recover quickly. A recent article in the Chicago Sun-Times about skyrocketing infection rates in Illinois reported, “Illinois boasts a recovery rate of 97% as most people who contract it show mild or no symptoms.”

That leaves two women in the low-risk cohort — late 20s to early 30s, apparently in good health with no underlying conditions –shaking their heads.

“J.V.” (not her real initials), a Des Moines-area educator in her early 30s, tested negative on two occasions before being sent home from her school after coming down with a fever. Not until a few days later, after returning home, out of breath, from a quick walk, did she opt for a third test, out of concern for family members. Bingo! Positive. It was almost three weeks, she says, before she “felt like a normal human being again.” She says emulating Trump’s braggadocio puts thousands at risk.

“I was never worried about my own health,” she told me. “It was my pride, maybe — I thought ‘I’m relatively healthy,’ so I just figured I would have mild symptoms and move on. But my worry was, ‘What if other people get it?’”

“H.A.” is a an attorney in her late 20s in New York state. Back in the spring, when she experienced classic COVID symptoms, she was concerned, but not overly so. “There was nothing to suggest [the virus] would hit me harder,” she told me. However, despite two negative tests, the symptoms persisted, intensified, and resulted in other complications, which put her in the hospital several times. Later, an antibody test confirmed she’d been infected. Her recovery has been slow, unlike that of J.V.

Now, they share a disdain for the man who has urged Americans to “not let the virus dominate your life.”

“It’s not a choice whether this dominates your life,” says H.A., who adds she has friends who initially experienced mild symptoms but months later still have headaches, no sense of smell or taste, and intermittent fatigue. “This is not a binary thing where you either get mild or no symptoms or you die. You shouldn’t take the chance or assume you’re invincible just because of your age or profile. Before, I certainly would have, but after I got sick, it opened my eyes.”

People who believe Trump, J.V. says, have more of an individualistic approach to life instead of “We’re all in this together.”

“They think, ‘If I’m fine, everything is good’ rather than worrying about community spread,” she says. ” ‘We’re rugged and we’re going to get through this.’ People just feel that they have life figured out, but they really don’t.”

H.A. believes America needs more people like her — those who were severely affected despite their low-risk profiles — to come forward in greater numbers. Perhaps then, more of us will start to realize that we all need to band together to stop the spread.

“If you have someone in front of you saying, ‘This is what happened to me’ — if there’s enough people coming forward,” she says, “hopefully, people on the fence will come around.”

And politics? That doesn’t matter. “COVID,” J.V. says, “doesn’t care who you voted for.”