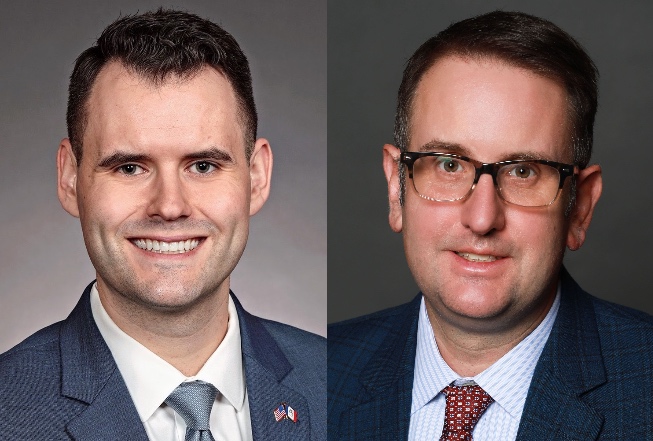 Zach Wahls and Todd Prichard, the Democratic leaders in the Iowa Senate and House, co-authored this post. -promoted by Laura Belin

Public education has long been the foundation of our state. For generations, Iowans could count on a great public education from Iowa schools to set them up for success in life. When we were growing up, our public education system regularly led national rankings.

Today, however, many Iowans are watching with dismay as a decade of under-investment from Republican leadership has resulted in Iowa placing in the middle of the pack in national rankings. We’re wondering: When will Iowa schools lead the nation again?

Despite a recent claims by Governor Kim Reynolds and Republican legislators that public education is a priority for them, the facts demonstrate otherwise. The latest Annual Survey of School System Finance shows that Iowa now spends less money per-pupil than most of our neighboring states. Minnesota, Wisconsin, Illinois, North Dakota, Michigan — and even Nebraska! — all invest more money per pupil than Iowa. South Dakota and Missouri are the exceptions.

The truth is the Iowa Republican Party is led by radicals who do not believe public education is important — or worse, who believe public schools are being used to brainwash our children. It sounds kooky when you say it out loud, but these beliefs are why the 2020 Iowa Republican party platform explicitly endorsed private school vouchers and called for the abolishment of the federal Department of Education. If they sound radical or out of touch to you, you are not alone. Today’s GOP is not your grandparents’ Republican Party.

Today’s Republican Party of Iowa is undermining public education at every opportunity. Here’s how they are doing it:

• Inadequate school funding: Under Republican leadership, public school funding in Iowa has failed to keep up with a rising cost of living four of the past five years. On top of that, their 2022 plan would provide 137 Iowa school districts less state funding than they did in 2021, prompting higher local property taxes. This is unacceptable.

• Disrespecting educators: Republican politicians can’t say with a straight face that they respect educators when they voted in 2017 to strip educators of their ability to have a say in their own workplace.

• Defunding preschool: Legislation approved by Iowa Republicans will cut $7.5 million from preschool funding with no way to make up that funding locally. A global pandemic is no time to take early childhood education choices away from parents and kids.

Are these the actions of a party that truly values our state’s education legacy? We don’t think so. Iowa Democrats, on the other hand, continue to support better public schools for our students, parents, and educators. That’s why we believe the legislature should be taking these steps:

• Ensuring that every student can afford to pursue higher education without leaving Iowa.

• Protecting rural schools from forced consolidation and fewer opportunities for their students.

That’s a public education agenda all Iowans can support.

Instead, Iowa Republicans support more tax cuts for the rich, spending our tax dollars on private education vouchers, and abolishing the Department of Education. Iowa Democrats believe better public schools start with investing in public education. The choice could not be more clear.