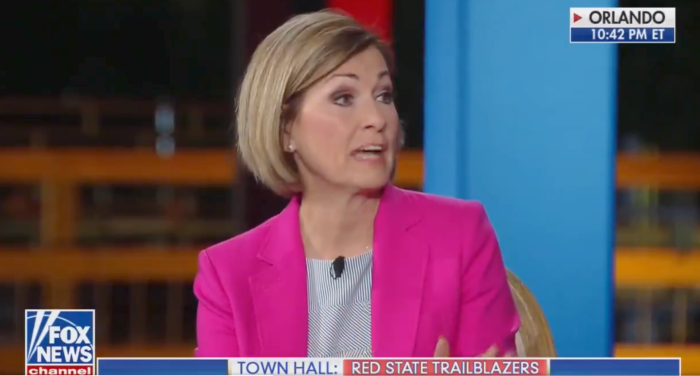 Governor Kim Reynolds revealed on April 29 that she is sending back $95 million in federal funds designated for testing students for COVID-19.

The governor's staff did not reply to Bleeding Heartland's inquiry but gave Beth Malicki of KCRG-TV a copy of an April 23 letter from Iowa Department of Public Health interim Director Kelly Garcia to Ashley Treharne with the U.S. Centers for Disease Control. Garcia wrote that the state has "ample funding and testing capacity available to school districts," and "our students have been back in school successfully since August."

Accordingly, at this time, the state will be declining the funding "Emerging Infections ELC Reopening Schools" in the amount of $95,029,161. This decision was made together with our colleagues at the Iowa Department of Education. [...]

Schools have worked collaboratively with state and local health departments to mitigate spread, respond to positive cases, and communicate with families about testing options that are available to them. To date, no schools have claimed expenses for testing supplies or services, and ample funding in the following categories remains available for that use should the need arise.

Garcia asked the CDC to allow the state to reconsider its decision on the $95 million "should the allowable use of this funding change."

To my knowledge, no Iowa school districts are routinely conducting surveillance testing of students attending classes in person. Rather, children are tested primarily when they are showing symptoms suggestive of COVID-19, if parents or guardians seek out that testing.

Surveillance testing can identify asymptomatic positives in the student body before those children spread the virus to classmates, their families, and school staff.

Democratic State Senator Rob Hogg, who has been tracking COVID-19 statistics daily, tweeted on April 29 that Iowa has reported more than 8,400 COVID-19 cases among children since January 29, when Reynolds signed a bill requiring school districts to offer 100 percent in-person instruction, without requiring masks or social distancing in schools. The state reported another 110 cases in children on April 29.

Although Reynolds claimed during the Fox News event that Iowa "led the way in reopening our schools" and did it "safely and responsibly." But COVID-19 case counts and hospitalizations began rising sharply during September 2020, the month after most schools reopened.

UPDATE: Dr. Eli Perencevich, an epidemiologist and infectious disease specialist at the University of Iowa, provided this comment to Bleeding Heartland on April 30.

For the governor it’s always appeared that the science book on COVID-19 was closed in spring 2020. Iowa didn’t learn and the state didn’t adapt since that time. There’s no better example than the state forcing 100% in person K-12 classes right as the science was solidifying around the fact that children, particularly older children, catch COVID and spread it equally to adults. In addition we know that the newer variants like B117 spread more easily and may be more deadly.

Therefore it’s very disappointing to see that the Governor has been sitting on $95 million dollars that could’ve been used to make our K-12 schools and school athletic activities more safe. Colleges across the country have been using frequent weekly or biweekly testing of students to detect and stop outbreaks.

Perencevich noted that with almost 6,000 pandemic-related deaths in Iowa and "strong evidence" that younger people under age 30 are getting sick and spreading the virus in the community, "it would’ve made sense to set up weekly testing of K-12 students across the state. This would’ve helped end the pandemic sooner and helped the economy. Anytime you can spend $95 million to increase the safety of Iowans and jump-start the economy you should."

SECOND UPDATE: The governor's office provided a copy of the letter, which is enclosed in full below. The federal government allocated this "Emerging Infections ELC Reopening Schools" funding to states as part of the American Rescue Plan, the COVID-19 relief package Congress approved and President Joe Biden signed in March.

Senate Minority Leader Zach Wahls said in a statement, "Returning federal COVID funding during a public health disaster is like drilling holes in a sinking boat. Iowans are hurting and the Governor and Republican-controlled Legislature are making it worse by putting politics before public health. Whether it’s small businesses, front-line health care workers, or our public schools, Iowa needs all the help we can muster to get through this pandemic and get our economy going again."

This makes no sense. Governor Reynolds’ partisan stunt just cost Iowans $95 million. That money could have created hundreds of strong-paying jobs to administer and assist in testing at schools, sporting events, graduations, and in contact tracing. Iowans would have then spent much of the money from those paychecks in businesses and communities still struggling to recover from the pandemic. All of that would have been great for Iowans and good for the state’s bottom line.

Turning down the $95 million in federal aid also puts students, teachers, administrators and other school staff at an increased risk of contracting COVID-19.

It’s time the Governor stopped playing politics with Iowans’ health and tax dollars. Remember, this money isn’t free. Iowans will continue to pay taxes, while other states benefit from them.

The CDC's guidance on allowable uses of this funding included the following "examples of providing funding directly to support school districts and private/charter schools":

The same document listed the following ways funds could be used for "providing materials and services to school districts and private/charter schools":

It's not credible to claim officials coordinating the state's pandemic response couldn't find any way to use $95 million toward any of those goals.

MORE UPDATEs: The Iowa Department of Public Health announced on May 4 that the state has "confirmed two cases of the COVID-19 variant, SARS-CoV-2 B.1.617 in Iowa. This variant is also referred to as the India variant because it was first detected there." The news release noted that the State Hygienic Lab "is doing sequencing to understand what strains are circulating here in Iowa and contribute to the understanding of COVID-19 activity in the United States."

Seems like a new surveillance testing program across Iowa, fully funded by the federal government, would have helped a great deal with that research.

Reynolds addressed the controversy during her opening remarks at a televised news conference on May 5.

At the same conference, WHO-TV's Dave Price asked the governor why Iowa didn't keep the money for possible use during the fall, in case coronavirus variants caused problems. 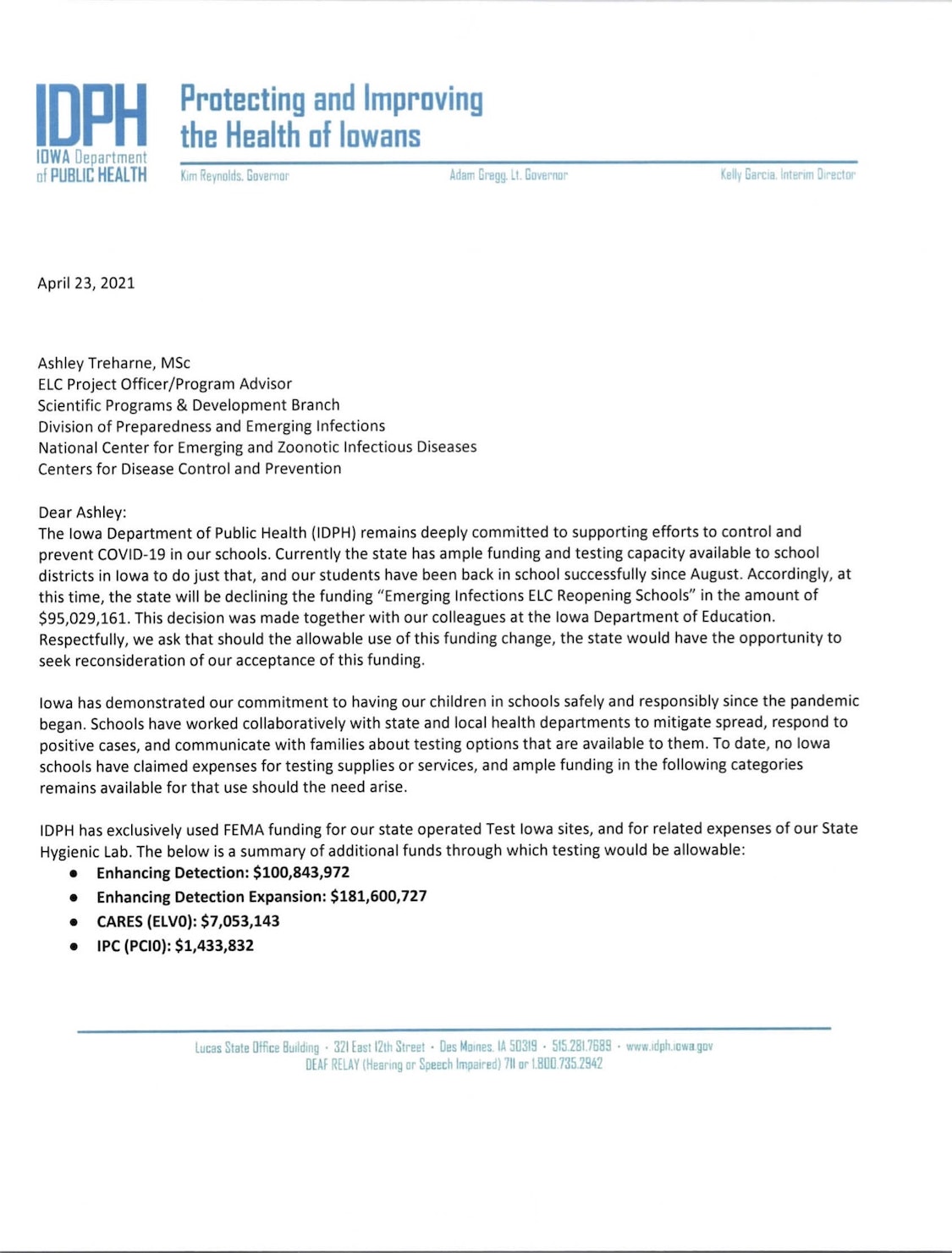 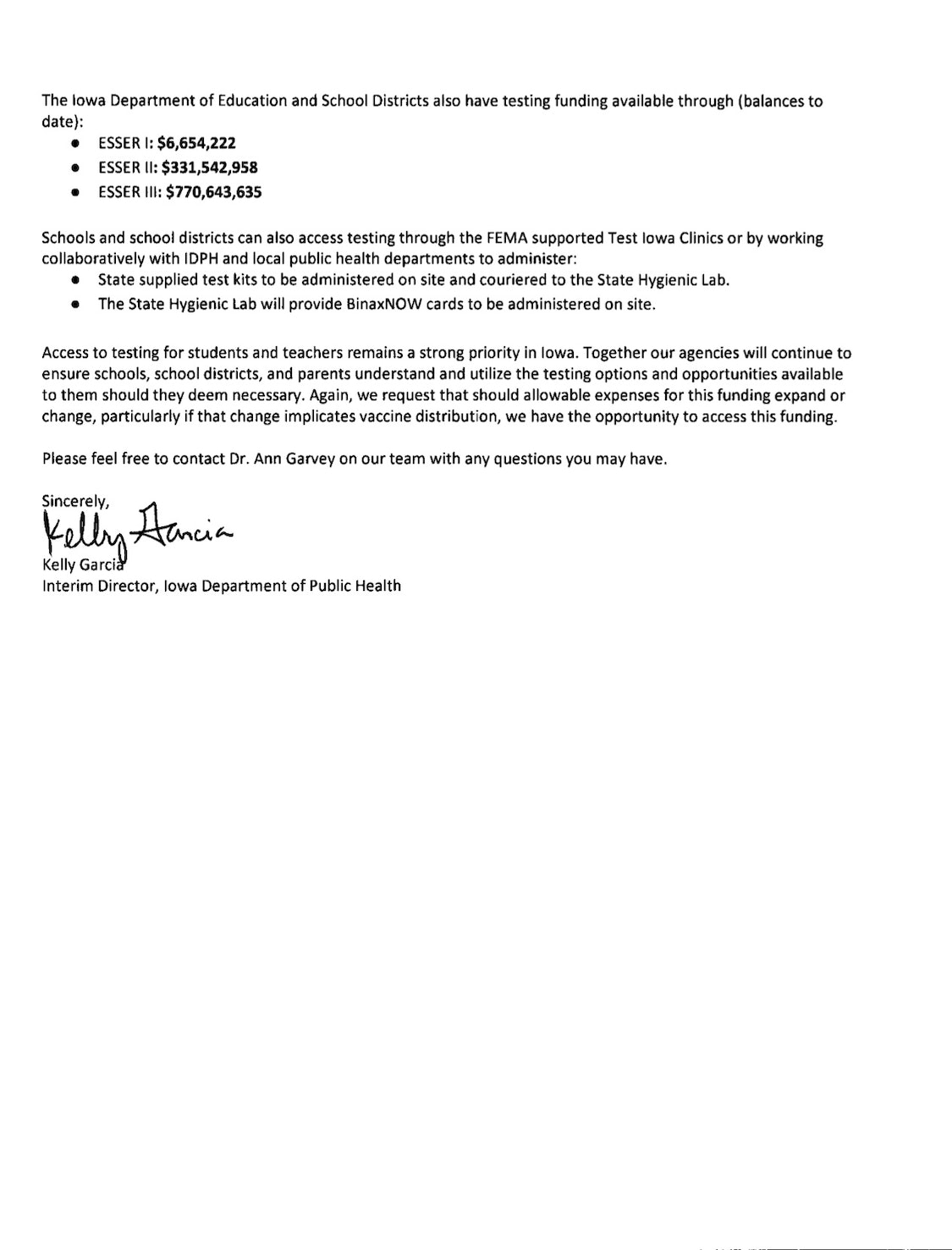