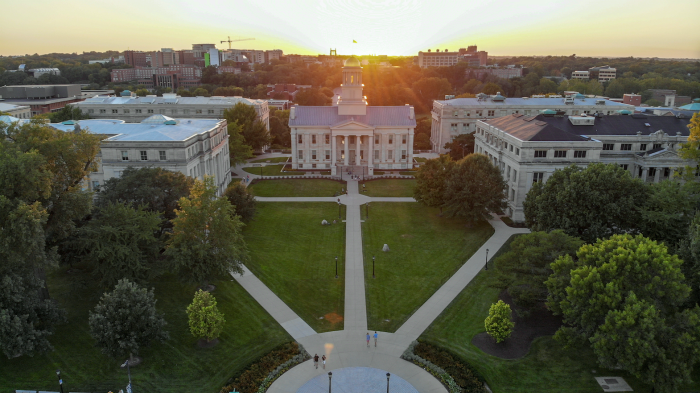 The University of Iowa must comply with a subpoena from State Auditor Rob Sand seeking details on a 50-year deal to lease the university's utility system to a public-private partnership, the Iowa Supreme Court unanimously determined on April 30.

The Iowa Board of Regents approved the arrangement in December 2019 and closed on the deal in March 2020. But the university withheld many details, including the identity of "Iowa-based investors" who supposedly put up about 21.5 percent of the $1.165 billion lump-sum payment to operate the system for the next five decades.

The State Auditor's office has been trying to enforce Sand's subpoena since January 2020. The university and Board of Regents insisted they did not have to provide "confidential" information and disputed the validity of the subpoena.

None of the Supreme Court justices found the university's stance convincing.

The Board of Regents had claimed Sand's subpoena was not enforceable because it wasn't issued in connection with the regular fiscal year 2020 audit of the university. But the majority found, "Auditor Sand served a subpoena as part of an audit on a state agency he is authorized to audit as often as deemed necessary," and the lower court did not abuse its discretion when it enforced that subpoena.

In a concurring opinion joined by Justice Thomas Waterman, Justice Edward Mansfield agreed with the result that Sand's subpoena for details of the utility deal was valid. But he took a less expansive view of the auditor's authority to gather confidential information. In his view, that should occur only in the context of "an authorized audit or examination. [...] the State Auditor does not get to make free-standing requests for information which, ipso facto, create an audit."

Nevertheless, Mansfield affirmed the District Court's order to enforce Sand's subpoena for three reasons. When Regents officials reached out to Sand and briefed him on the planned utility leasing deal, "the agency arguably initiated an audit process on its own for the transaction."

Second, "the size and scope of the transaction" justified a review of the bids. "The taxpayers of Iowa, who bear the ultimate financial risk for this transaction, are entitled to know if the agency got the best deal available and if anyone had a conflict of interest."

Finally, the Regents "asked the district court for an all-or-nothing ruling" instead of challenging specific items in Sand's subpoena as overly burdensome.

In a written statement, Sand hailed the unanimous decision as "a massive win for taxpayers. It protects their ability to know what state government is doing with their money."

The Board of Regents said in a statement provided to the Cedar Rapids Gazette, “We appreciate the Supreme Court hearing the case and providing clarification.”

The State Auditor's office is allowed to publish confidential information in post-audit reports, so it's only a matter of time before we learn which "Iowa-based investors" joined with "global energy provider Engie and infrastructure investment firm Meridiam" in the public-private partnership. The deal drew criticism not only because of its lack of transparency, but because it puts the university on the hook for billions dollars in payments over the next 50 years, with no guarantee a new endowment will generate enough income to cover the costs of the arrangement.

The school recently shifted its rationale for shielding the identity of the investors after The Associated Press renewed its open records request for them.

“The university was not involved in choosing, nor does it know, which of the potential lenders ended up engaging with ENGIE-Meridiam to complete the financial transaction,” university spokeswoman Ann Goff said in February.

It's not credible that the university would not know the identities of the investors involved. If that were the case, how could officials state with certainty in December 2019 that Iowa-based investors were putting up 21.5 percent of the $1.165 billion?

Top photograph taken by Eduardo Medrano on September 14, 2018, featuring the old state capitol building and part of the University of Iowa campus, available via Shutterstock.