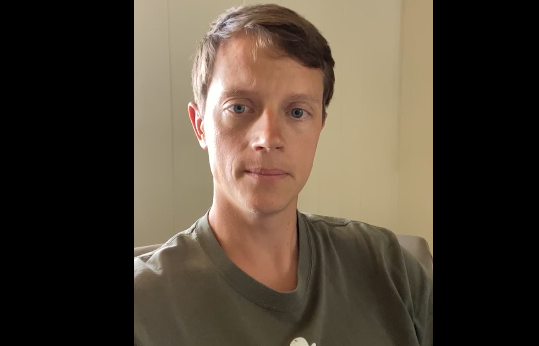 Sand regularly answers commenter questions during live videos posted on his political Facebook page. During his June 1 “Transparency Tuesday” session, one person asked, “how about that governor’s fence?” Beginning around the 8:15 mark, Sand replied,

Yeah, how about that governor’s fence. If you missed this, Jean’s comment is about the $400,000 that’s getting spent on a fence at Terrace Hill.

And in the meantime, you know, year after year after year, we’ve seen a lot of violence in Iowa’s correctional facilities, which could have been fixed in a variety of ways, depending on who you ask. But we didn’t see much action. Until finally now, that two correctional officers actually got murdered, now they decided to provide additional funding.

So it’s just, to me, it’s a question of priorities and insiders versus outsiders. $400,000 for protection because of some threats that were not uncommon, versus years of assaults that essentially got nothing until people died.

Priorities are out of whack for who that’s serving.

A little later in the video, Sand agreed with a different commenter who characterized the Terrace Hill fence as “ridiculous.”

The Iowa Department of Public Safety approved plans to construct permanent fencing around the governor’s residence sometime during the summer of 2020, public records show. I have not been able to determine whether Reynolds or anyone on her staff advocated for beefed-up security. Public safety officials denied the decision was linked to protests or demonstrations occurring near Terrace Hill and said the U.S. Department of Homeland Security had recommended perimeter fencing for years.

Sand’s comments during the June 1 video were not a one-off. A few days earlier, he drew the same comparison on his political Twitter feed.

In that Twitter thread, Sand linked to a recent Des Moines Register article by Daniel Lathrop, “Iowa prison staffing levels before Anamosa killings were near their lowest level in at least 30 years.”

Two decades of budget cuts left the people who guard Iowa’s prisons understaffed and overmatched by a growing prison population, a Des Moines Register investigation found. The issue is getting attention after the March slaying of two employees at the Anamosa prison, allegedly by a pair of prisoners.

The Register found that Iowa’s Department of Corrections in 2020 had:

-Close to the lowest number of correctional officers guarding its prisons in at least 30 years.

-Substantially fewer correctional officers working at eight of its nine prisons than it did five, 10 and 20 years earlier.

-A ratio of prisoners to correctional officers that had risen above the national average.

The Republican-controlled Iowa House and Senate recently approved a $20 million increase to the corrections budget for the next fiscal year. But Sand pointed out that happened only after two correctional officers were murdered, allegedly by an incarcerated person.

Reporters for the Cedar Rapids Gazette and KCRG-TV obtained public records in April showing that Iowa’s Occupational Safety and Health Administration cited the Iowa Department of Corrections last year for workplace violations at the Anamosa facility. Inspectors noted a lack of “adequate and reliable means of communication for employees to summon assistance during violent attacks or calls for emergency aid,” and not enough employees continually available to respond to such emergencies.

Sand is widely seen as likely to challenge Reynolds in 2022. He recently ruled out seeking any federal office next year but acknowledged he’s still considering running for governor or for a second term as state auditor.