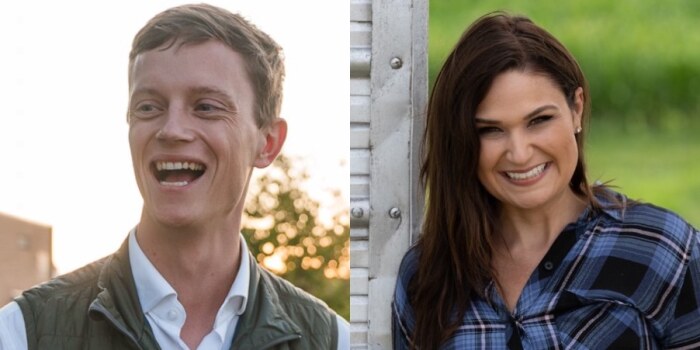 IA-Sen: Rob Sand is out. Is Abby Finkenauer in?

State Auditor Rob Sand told Douglas Burns of the Carroll Times Herald on May 27 that he won't run for a federal office in 2022.

Meanwhile, Ally Mutnick and James Arkin reported for Politico on May 27 that former U.S. Representative Abby Finkenauer "is readying a run" for U.S. Senate in 2022. Citing unnamed "sources familiar with her plans," they said Finkenauer "has started the process of assembling a potential campaign team." I'm seeking confirmation and will update this post as needed.

Grassley has indicated he'll reveal his future plans sometime this fall. If he seeks an unprecedented (for Iowa) eighth term in the U.S. Senate, he will be 89 years old on election day 2022.

U.S. Representative Cindy Axne has not ruled out running for Senate, but she would probably not compete against Finkenauer for the nomination. Axne seems more likely to run for governor or for a third term in the U.S. House.

EMILY's List, one of the larger spending Democratic-aligned groups, has put Iowa's U.S. Senate seat on its target list. Since their mission is to support pro-choice, Democratic women, they would only stay involved here if Democrats nominated a woman.