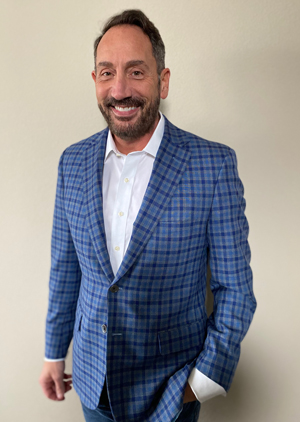 Paul Trombino III will be the next public works director of city of Greeley, Colorado, the city announced on May 28. He was hired following a national search, according to a news release enclosed in full below. The job was posted in February, so Trombino must have applied only weeks after becoming Iowa's Homeland Security and Emergency Management director.

Governor Kim Reynolds' office announced Trombino's impending departure on May 20. The news surprised many observers, since the governor had worked closely with her chief operating officer for two years and awarded him a large bonus in February, ensuring he wouldn't take a pay cut when transitioning to the Homeland Security position.

Trombino's resignation from his Iowa government post becomes effective June 3. Reynolds hasn't yet announced her choice to run the Homeland Security agency, which oversees disaster preparedness and relief operations and has administered tens of millions of dollars in federal COVID-19 relief funds.

Most of the CARES Act funding transferred to Homeland Security is tied to the state or local match for the Federal Emergency Management Agency’s Public Assistance Program. Reynolds also approved a $1 million transfer for "State Government COVID Staffing," from which $448,449 was used to cover personnel costs in the governor's office. The remaining $551,551 set aside for that purpose remains unspent, a state database shows. A Homeland Security communications staffer told me last year, “Although that funding was transferred to our department to process, we are not the decision makers on how it will be spent.”

May 28 news release from the city of Greeley, Colorado

The director of Iowa’s Homeland Security and Emergency Management and former chief operating officer, who also previously served as director of the state’s Department of Transportation, will become the City of Greeley’s next Public Works director.

“Mr. Trombino’s extensive public service and leadership experience along with a successful track record make him an ideal fit for the position,” Otto said. “I’m pleased to welcome him to the city’s executive team.”

For the past year, Trombino oversaw Iowa’s emergency management functions in a governor-appointed role. His focus on critical operational issues included responding to historic floods, the pandemic and a severe windstorm last August that will become the state’s costliest natural disaster. As Iowa’s chief operating officer, he also led strategic business initiatives to improve enterprise collaboration and productivity.

Trombino previously served as president of an engineering consulting company after five-plus years of leading Iowa’s Department of Transportation, where he developed and implemented organizational process improvements and a strategy that accelerated construction projects resulting in substantial cost savings.

His public service experience also includes 17 years with the Wisconsin Department of Transportation, where his roles included director of Bureau of Transit, Local Roads, Rails and Harbors; operations director for the Highway Division; director of the Bureau of Statewide Structures; and manager of Highway Contracts and Bid Letting.

As director and member of the City of Greeley’s executive team, Trombino will provide leadership and strategic direction for Public Works, focusing on priorities and implementing recommendations from an organizational assessment to accommodate the needs of the growing community. He also will oversee critical infrastructure operations that include civil engineering, storm water utility, the city’s facilities management and maintenance, and transportation services – traffic, streets, public parking and city fleet.

“I am excited to join the City of Greeley team, and specifically, Public Works at this transformational time of city growth. I look forward to delivering operational excellence each day for Greeley residents and businesses,” said Trombino, whose first day at the city will be June 14.

Trombino enters at a pivotal moment in the city’s history with upcoming projects that include renewal of the Keep Greeley Moving tax initiative that provides critical funding for transportation infrastructure, and completion of the transportation master plan.

An organizational assessment of Public Works that concluded last year provided direction for the department’s structure. Former director Joel Hemesath transitioned into a new role with the city as deputy director to allow him more time to devote to core operations, including capital and construction projects.

“This new structure strengthens the department by supporting the day-to-day priorities while thinking strategically as a unified team,” Otto said. “My thanks to Joel for his continued service, expertise, versatility and flexibility.”

Top photo of Paul Trombino published in the city of Greeley's news release.