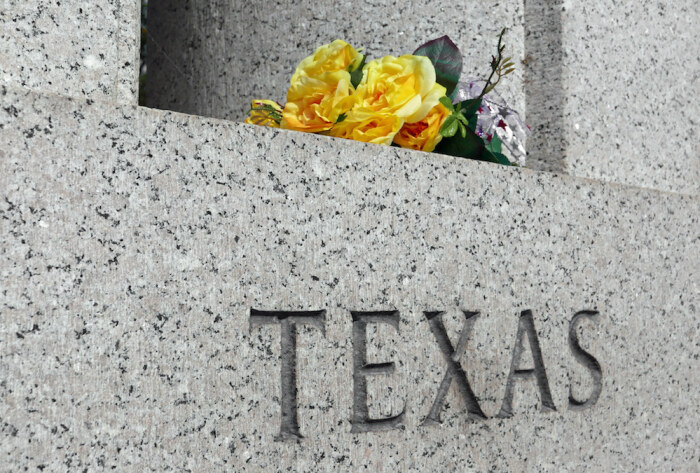 Dan Piller: Iowa Republicans may learn the same lesson that Texas has reluctantly absorbed: history is not easily contained by the dry wording of a law.

Governor Kim Reynolds happily signed a law that her fellow Republicans approved in the Iowa House and Senate, banning the use of “specific defined concepts” on race or sex for local governments, schools, and public universities.

The law is principally aimed at racial diversity sensitivity training, but the governor fired a warning broadside to Iowa’s school teachers when she declared in a written statement that the bill bans “Critical Race Theory,” even though those words are nowhere in the bill. Speaking recently to the Carroll Times Herald, Reynolds added that schools would be able to teach about destruction of Native American life in Iowa, “As long as it is balanced and we are giving both sides […].”

What “Critical Race Theory” and “both sides” really mean, at least in K-12 education, probably will have to be hashed out before judges, perhaps with the same entertainment value achieved almost a century ago with the famous Scopes Trial in Tennessee. But Reynolds’ message to Iowa teachers was unmistakable: tread very, very carefully when talking to students about race.

The new Iowa law is part of a Republican effort to safely contain history so that white folks can go about their business not feeling ashamed of their heritage (or voting Republican). Ex-President Donald Trump even set up a commission, which the Biden White House has disbanded, to create new “patriotic education” concepts for the nation’s public schools.

But Republicans may learn the same lesson that Texas has reluctantly absorbed: history is not easily contained by the dry wording of a law. Texans today, while not worrying about their shaky electric grid system or the inability of the Dallas Cowboys to make the pro football playoffs, have been presented with new ideas about the most iconic event in the state’s history; the massacre of the Texas garrison at the Alamo in March 1836.

Most Americans know, or think they know, what happened on that freezing Sunday morning 185 years ago. Between 180 and 200 Texan volunteers (nobody knows for sure) holed up in an old Spanish mission that was a ruin even before 13 days of shelling by Mexican Generalissimo Santa Anna’s artillery, were wiped out by an army that outnumbered them by as many as 20 to 1.

Celluloid history students know the Alamo story through three movies: Walt Disney’s 1955 “Davy Crockett: King of the Wild Frontier” in which Fess Parker played a whimsical but heroic Davy; John Wayne’s 1960 “The Alamo,” which depicted the final battle in much the manner of a football halftime show; and the 2004 “The Alamo” starring Dennis Quaid and Billy Bob Thornton. The last movie was a massacre of its own, recovering scarcely a quarter of its $107 million in production costs and probably ensuring that in the future, Hollywood will do what Texans should have done in 1836 and avoid the Alamo at all costs.

But as I discovered in the 26 years that I lived in Texas as a Yankee transplant, the Alamo story is far deeper and more nuanced than Fess Parker, John Wayne, and Billy Bob Thornton ever portrayed.

First, start with the confirmable historical fact that Texan commander Sam Houston, a veteran military man who knew the Alamo was indefensible and that San Antonio wasn’t worth fighting for, had ordered martyrs-in-training William Barret Travis, Jim Bowie, and Crockett to get the hell out of San Antonio and join the main Texan force about 100 miles to the east in the village of Gonzales.

But as Santa Anna bore down on San Antonio in late February, 1836, intent on suppressing the rebellion in what was then a legally constituted state in Mexico, the Texans stayed put and let the Mexican army slowly surround them while waiting for reinforcements that would never come. Santa Anna, impatient to get on with the main show of driving the impudent Texans back onto U.S. soil in Louisiana, put an end to the 13-day siege with the famous battle of March 6.

But Houston and the Texans had the final say. In mid-April Santa Anna, lured into the thick woods near what is now the city of Houston, got lost and backed his army against one of the deep bayous in southeast Texas. A durable legend, promoted by generations of Texas florists eager to sell a more expensive variety of flowers, has it that a mulatto servant girl, the “Yellow Rose of Texas,” was sacrificing her virtue to entertain Santa Anna when the Texans ambushed Mexican troops during their afternoon siesta. The ensuing 18-minute Battle of San Jacinto was less a battle than a slaughter and Santa Anna, who thanks perhaps to Yellow Rose had been caught with his pants off, signed off on Texas’ independence as an alternative to the noose.

A decade later the Republic of Texas, up to its eyeballs in unpaid debt, accepted annexation into the U.S. upon the invitation of other southerners, eager for another slave-owning state.

The ramifications of the Texas Revolution were immense. Seven decades after the battles of 1836, Mexico could only watch in resentment and frustration as the discovery of Texas oil on former Mexican soil fueled American economic domination of the world through the Twentieth Century. Culturally, Mexican-Americans who had been in Texas for generations were consigned to second class citizenship in their native state. The conventional teaching of the Texas Revolution presented the state’s children with equally unappealing images of Mexican-Americans; that they were the savages who carried out the massacre at the Alamo or the shiftless siesta-takers who were caught unawares by the Anglos at San Jacinto. Either way, “hard working” Anglo Texans prevailed.

Mexican-Americans’ resentment at the way they were long portrayed in the Texas independence tale made itself felt in an unintentionally funny way in 2004 when the casting calls went out in Austin for extras for the Billy Bob Thornton movie version of the Alamo. Many more Anglo Texans showed up to play Alamo defenders than genuine Mexican-Americans willing to don the replica Mexican army uniforms, an awkward reversal of the actual numerical ratio of the two sides in March 1836. Careful lighting and camera angles had to be used to present an authentic-looking portrayal of the rival forces.

A long-omitted detail of the story of Santa Anna’s fateful incursion into Texas in 1836 was his insistence that the Anglo-American colonists, most of whom had come from the American South, comply with the Mexican constitution that forbade slavery. That provision had been widely ignored by Anglo Texans. Joe, the slave of the sainted Travis, was spared the fate of other Alamo defenders by Santa Anna and released to tell the tale to Houston and the remaining Texans. Joe’s account is the most complete version of the story on the Texan side.

While Santa Anna probably can’t be put in the same pantheon of emancipators as Moses or Abraham Lincoln, it is a fact that Texas’ victory in 1836 kept Texas as a slaveholding land for three decades after the revolution. Travis’ slave Joe learned the hard way that his status as an Alamo survivor didn’t prevent him from being taken back into slavery after San Jacinto. Only the defeat of the Confederacy in 1865, of which Texas was an enthusiastic member, completed Santa Anna’s original goal of ending slavery north of the Rio Grande River. For a century after 1865, Texas was a willing partner in the Jim Crow system of legal segregation that prevailed in the south.

By the end of the twentieth century Mexican-Americans in Texas, who were beginning to feel their newfound demographic strength in the state, began pressing the notion that the defenders of the Alamo were something less than virtuous freedom fighters. The arguments began with the sacrilegious notion that Davy Crockett didn’t go down fighting, but surrendered and then begged unsuccessfully for his life. Evidence from Mexican accounts of the battle held that many of the Alamo’s defenders didn’t die heroically at their posts but were killed by Mexican cavalry outside the walls in the open as they attempted to flee.

An amusingly (at least to me) rich variant on the Alamo story is the possibility that the martyred defenders were fighting less for freedom than the gold and silver Jim Bowie had buried beneath the mission, which Bowie had promised to share. An excavation under a downtown San Antonio street in the area of the original Alamo water well in the mid-1990s turned up some valuable trinkets from 1836 but no gold or silver. Nevertheless, the tale of the “San Saba Mines,” like the Alamo legend itself, refuses to die.

Finally, the question of immigration is put into a new perspective with the historical fact that because Santa Anna had blocked new immigration into Texas several years before 1836, the Anglo Texans and not Mexicans were the undocumented, illegal immigrants.

It goes without saying that those are fighting words to Texas traditionalists, who still swear by the John Wayne movie as an accurate depiction of the Alamo story. Every March on the anniversary of the battle Texas is treated, if that is the right word, to a renewal of increasingly edgy arguments about the nature of the battle. The Alamo shrine, which its caretakers proudly note is the second most photographed structure in the U.S. after the White House, is now annually the scene of demonstrations and counter-demonstrations over whether Davy Crockett & company or Santa Anna actually held the high moral ground.

So Texas teachers have for years faced a conundrum about teaching the Alamo to school kids, particularly in the state’s larger cities with large Mexican-American populations. Texas Republican Governor Greg Abbott recently announced his “1836 Project,” a takeoff on the New York Times’ Pulitzer Prize-winning (but much-maligned) 1619 Project historical account of slavery. The 1836 Project is intended to make sure that Texas’ kids and newcomers properly understand what Abbott called Texas’ “proud heritage” and don’t succumb to historical revisionism.

Iowa’s history teachers, with Reynolds’ warnings in mind, may be excused if they just tell their students to take a family vacation to Texas and learn that part of American history on their own.

The point of all this is a reality that that politicians should note: history has a way of coming back, decades or centuries after the fact, to reinterpret what has been thought to be a settled version of a long-ago event.

Reynolds may feel she’s on solid intellectual and moral ground by endorsing a set of instructions to Iowa’s teachers about race and slavery that could have been written by Jefferson Davis. But more than a few Iowans may start noting the Union memorials on various courthouse lawns, the Iowa monuments on Civil War battlefields, the Robert Todd Lincoln house in Mount Pleasant, or the “1861-1865” banner that hangs across the inside of the state capitol dome in Des Moines, visible down to the ground floor through openings in the rotunda. Iowans who as school kids were taught the proud legend that Iowa provided more troops to the Union, per capita, than any other northern state, aren’t likely to be charmed by the sight of Confederate flags on display on the rear windows of Iowa pickup trucks.

Iowans may start asking what is wrong with teaching that slavery was not only a moral failing, but a practice that indelibly harmed an entire race. Our Iowa forbearers were willing to sleep on damp ground and charge into rebel bullets and artillery shells to end slavery. It would seem that facing the truth about our racial past shouldn’t be nearly so hard.

Top photograph of yellow roses over the engraved word Texas is by dba duplessis and available via Shutterstock.