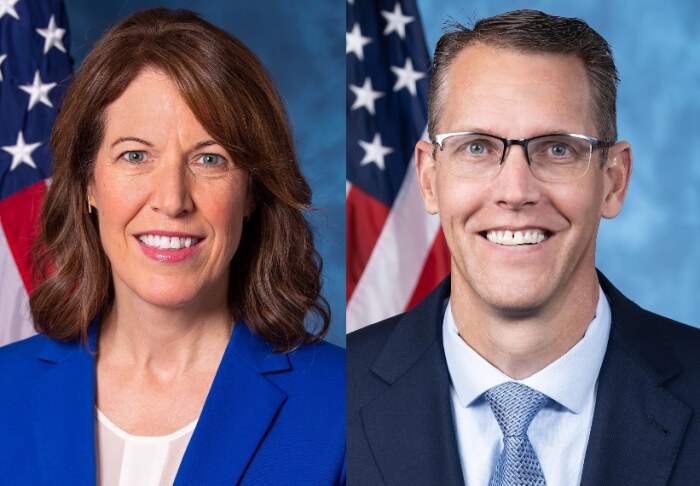 Democratic Representative Cindy Axne (IA-03) and Republican Representative Randy Feenstra (IA-04) voted on June 17 to repeal the 2002 authorization for the use of military force against Iraq. House members approved the legislation by 268 votes to 161, with 49 Republicans joining all but one Democrat to support the repeal.

Representatives Ashley Hinson (IA-01) and Mariannette Miller-Meeks (IA-02) were among the 160 Republicans to vote no.

None of Iowa's representatives released a statement about this vote or mentioned it on their social media feeds. Bleeding Heartland sought comment from staff for all four members on the morning of June 18, but none replied. I will update this post as needed if anyone explains their reasons for voting yes or no on this effort to "rein in presidential war-making powers for the first time in a generation." Jennifer Steinhauer reported for the New York Times,

The bipartisan action reflected growing determination on Capitol Hill to revisit the broad authority that Congress provided to President George W. Bush following the Sept. 11, 2001, attacks through measures that successive presidents have used to justify military action around the world.

The 2002 authorization was repeatedly applied well beyond its original intent, including in a campaign much later against the Islamic State in Iraq and for the killing of the Iranian general Qassim Suleimani last year.

In his own floor speech, House Foreign Affairs Chairman Gregory W. Meeks said the case for terminating the 2002 authorization was “unassailable.”

“The 2002 AUMF would have no effect on any ongoing military operations in Iraq,” the New York Democrat said. “The United States is not relying on the 2002 AUMF as the sole authority for any military operations. It has been used as an additional legal justification for strikes by presidents of both parties but not as the sole authority for any strikes over the last decade.”

Republicans opposing the bill argued the Biden administration was wrong to say it no longer needed the 2002 authorization to legally undergird ongoing U.S. military operations in Iraq, which are principally focused on countering any resurgence of the Islamic State terrorist group.

Axne has voted for similar legislation before. In January 2020, she was among 235 House members (224 Democrats and eleven Republicans) to support repealing the 2002 authorization for military operations in Iraq. Fellow Iowa Democrats Abby Finkenauer (IA-01) and Dave Loebsack (IA-02) also backed that effort, while Republican Steve King (IA-04) missed the vote.

The Administration supports the repeal of the 2002 AUMF, as the United States has no ongoing military activities that rely solely on the 2002 AUMF as a domestic legal basis, and repeal of the 2002 AUMF would likely have minimal impact on current military operations. Furthermore, the President is committed to working with the Congress to ensure that outdated authorizations for the use of military force are replaced with a narrow and specific framework appropriate to ensure that we can continue to protect Americans from terrorist threats.

Charles Franklin charted the June 17 vote showing the House members' left-right ideology along the x-axis and Trump's 2020 vote share in each district on the y-axis. He found "a clear ideological division" among House Republicans, "with much of the support for repeal coming from those Rs further to the right." The pattern fits Iowa's delegation; Feenstra is generally considered more conservative than either Hinson or Miller-Meeks.