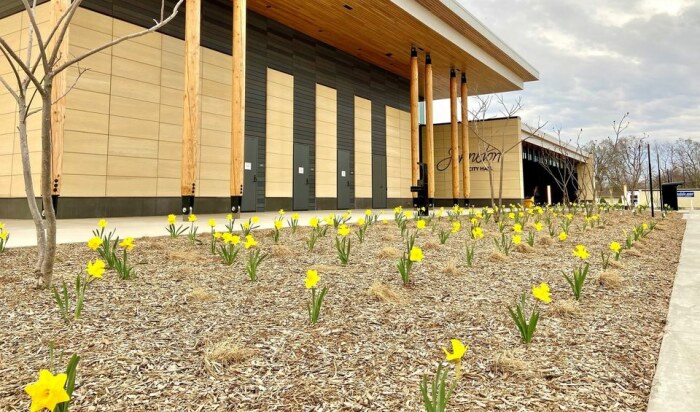 Bryan Burkhardt won the June 22 special election for a Johnston City Council seat despite a strong write-in campaign by local Republicans on behalf of Jim Gorsche. Unofficial results posted by the Polk County auditor's office showed 1,032 votes for Burkhardt (51.1 percent), 783 write-in votes (38.8 percent), all but six of which were for Gorsche, and 203 votes for Adam Haar (10.1 percent).

Turnout was just under 14 percent, not bad for a summer local election, which received little media coverage.

Burkhardt, a Des Moines Area Community College professor and small business owner, will serve the remainder of Scott Syroka’s term, which runs through 2023. Elected to the council in 2019, Syroka resigned early this year to serve as deputy director of communications in the Biden-Harris administration’s Office of Personnel Management. John Temple has been filling the vacancy on the council since February; he didn't compete in the special election.

Local elections are nonpartisan in Iowa, but Burkhardt and Haar, the top two vote-getters in the city's May 25 primary, both had support from area Democrats. Gorsche finished third in the four-way primary.

On the five-member Johnston city council, Rhonda Martin and Suresh Reddy have also been active with local Democrats. Martin is up for re-election this November, and Reddy in 2023.

Like other suburbs to the west of Des Moines, Johnston was once solid Republican territory but has become more competitive in recent years. Voters in the city's six precincts preferred Joe Biden to Donald Trump, State Representative Karin Derry to her Republican challenger Eddie Andrews in Iowa House district 39, and Rhonda Martin to Republican State Senator Brad Zaun in Iowa Senate district 20.

Derry lost her re-election bid to the state House by 415 votes due to strong GOP performance in precincts outside Johnston. (Martin lost to Zaun for the same reason despite carrying most of the precincts in Urbandale, the largest city that's part of Senate district 20.)

Since Johnston's population grew by more than 30 percent over the past decade, the Iowa House district including this area on the next legislative map should contain fewer precincts from other parts of Polk County. That could improve Democratic prospects for retaking the seat.