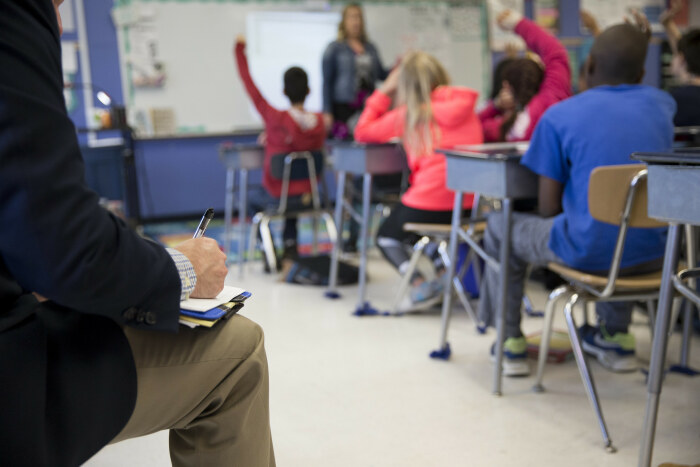 Yes, it’s been a horrible, terrible, very bad year for public schools in Iowa. As usual, the Republican-controlled Iowa legislature underfunded schools. Also typical for them, they tried again to pass a voucher law to give public money to private schools.

When that didn’t work, they passed “vouchers lite”: a mostly unregulated, for-profit charter school law, that will no doubt siphon money from the already underfunded public system, and that could leave rural Iowa as an education desert.

What wasn’t quite as typical was the legislature’s meddling in the classroom.

During this session, Governor Kim Reynolds and the majority party decreed through their actions that local control is dead. In its place, they passed poorly written, one-size-fits-all legislation that, if enforced, will cheat Iowa children out of an education rooted in fact. Specifically, Iowa Republicans appear determined to water down and whitewash curriculum so the most extreme part of their base won’t be offended.

The new political wedge issue seems to be Critical Race Theory. Notice that none of the law makers who are screaming the loudest ever offer a specific definition. Instead, they talk about young minds being indoctrinated and corrupted by liberal educators.

It is safe to say that critical race theory isn’t taught in high school or even in most undergraduate history classes. It’s also not new. It is one theory used in some graduate level history, sociology, and literature classes to examine racism in a particular culture at a particular time. It is controversial, complex, and has multiple definitions.

The legislative meddling in Iowa schools and universities was driven by a desire to keep students from learning about systemic racism, now and in the past.

Specifically, I am talking about House File 802, which Reynolds recently signed into law.

Topics that cannot be taught during training conducted by state and local governments and public school districts include:

The first and most fundamental problem with this kind of law is the people who drafted it have never taught a day in their lives. They are pretending to know more than the educators who have both the experience and the background to know what they are teaching.

It’s like telling a heart surgeon, he/she couldn’t use a particular surgical technique–even though it was best practice–because some politicians didn’t like it. It’s absurd.

Not only is the law flawed, the irony shouldn’t be lost. By passing this law, the legislature offered a perfect example of systemic racism.

Except a teacher might be breaking a law if they used that as an example in class.

This new law could be a serious threat to educators in two ways. First, school administrators may decide that teaching truth is too difficult, and they would rather avoid the far-right scream machine.

So it’s important for principals and superintendents to decide who they want to be before the screaming starts. Do they want to help students broaden their understanding based on the reality of our history and literature, or do they want to water down a humanities curriculum so no one ever objects and students are taught a curriculum that is not fact based? That would be censorship of the worst order.

Also, administrators will need to ask themselves: do they want the students in history, sociology, and literature classes to be comfortable, or do they want them to be challenged enough to learn and to provoke positive change?

I am begging administrators not to overreact to this absurd law, and I am begging thinking people in the community to stand up if a small group decides to swamp the curriculum with complaints.

This law could affect educators if they let it alter their teaching methods. It’s important for teachers of the humanities not to overreact and start changing curriculum to please a small group.

Teachers, you know what needs to be taught. Teach it, no matter what.

I know it’s easy for me to say and hard for you to do, but some things are worth fighting for. This is one of those. If you don’t, expect more and more interference in the classroom from the big school board in Des Moines. They will not stop until we push back together.

For example, while I was teacher, I taught the novel To Kill a Mocking Bird. In class, we talked about injustice, cruelty, race relations, and standing up for what you believe. No one indoctrinated anyone, but the discussion was both meaningful and far reaching. Yes, it was sometimes uncomfortable, but it was a healthy discomfort.

If I taught that book now, would I be breaking the law? The answer is, “maybe.” But it was worth it then, and it would be worth the risk now.

If this law becomes the guidepost for how Iowa students are taught, not only will our kids be cheated, but the micro-management in the classroom will never stop. Let’s stop the meddling now, before it consumes Iowa education.