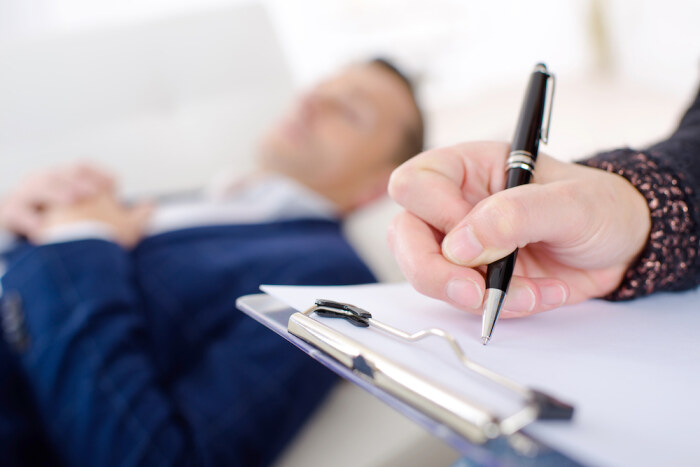 One in four American adults believe the 2020 presidential election was "stolen." One in four say they won't get a COVID vaccine. About one in five Americans believe one or more QAnon conspiracy theories.

But it is interesting how closely those numbers correlate with this one: Nearly one in five Americans (52 million) "live with a mental illness."

The evidence is mounting that our dysfunctional politics are the result of mass mental illness.

"Mental illness" can be defined as "disorders that affect your mood, thinking and behavior." And classical symptoms can include detachment from reality; paranoia; trouble understanding and relating to situations and people; and excessive anger, hostility, and violence. Which describes many Americans in 2021.

Mental illness also may explain our zero-sum politics: the black-and-white or dichotomous thinking, where nuance is absent, and everything is binary: personal freedom or mandatory vaccination; the environment or jobs; safe streets or "defund the police."

"[B]lack-and-white thinking seems to contribute mightily to the acrimonious, divisive nature of politics in the United States (and other countries) at the present time," writes Dr. Jeremy Shapiro, a psychologist at Case Western Reserve University in Cleveland.

Psychologists Kirk J. Schneider and Sayyed Mohsen Fatemi call this sort of "polarized mind" thinking "one of the major threats to humanity." In their article in Scientific American they assert: "As an array of studies has shown, people tend to become polarized—fixated and extreme—in the face of helplessness, anxiety, and fear."

I have argued that much of this helplessness, anxiety, and fear may be the product of the wholesale dissolution of American life for a good portion of our people: jobs and communities disappearing, increased distrust in organized religion and other bedrock institutions, and the blurring of once-diamond-hard lines regarding gender and sexual orientation. Schneider and Fatemi agree: "[W]henever people experience individual or collective trauma," they write, "such as wars, economic collapse, and personal or cultural displacement, and they are unable to acquire the psychosocial support necessary to address these upheavals, the polarized mind is likely to predominate."

But all this need not remain: Mental illness is treatable. Persons who enroll in a self-referral program in Norway have reduced symptoms of anxiety and depression. In the Netherlands, it's easier for general practitioners to provide mental health care once reserved to specialists. Australia has made similar adjustments.

But America trails other nations in doing so, mainly, research shows, because of the same boogeymen that obstruct national approaches to most any widespread problem: our crazy quilt of laws and regulations that vary from state to state, and of course, the dollar sign. "The organization of these many systems, programs, and providers is typically based on funding and profits rather than on public health needs, the preferences of users of the mental health services, or research," the World Psychiatric Association summarizes in its journal.

But a greater obstacle is Americans’ massive aversion, for personal, professional, and cultural reasons, to admitting an individual has a problem. This affects far more men than women. "American men are subjected to a culture where the standards of masculinity are literally killing them," Dr. Benita N. Chatmon wrote in the July-August edition of the American Journal of Men's Health.

For women, who have been subject to centuries-long sexism, the stigma has been longer-lasting: Mental health issues once were ascribed to witchcraft, and to "hysteria" as recently as the twentieth century. "Many women still feel ashamed to open up about their struggles," the mental health website rtor.org reports, "especially in an era when societal pressure makes them feel they must juggle so many responsibilities perfectly and without complaint."

But it is imperative that we address these walls and tear them down. Because it is increasingly evident that much of our dysfunctional politics -- delusion, fact rejection, and black-and-white thinking -- can be attributed to much more than a person's economic status, education level or ZIP code. We must attack this as the disease that increasing evidence indicates it is.

Doing so requires a three-step approach: First, define our dysfunction as a medical and not a political issue. Second, reduce the stigma of mental illness so additional individuals can seek treatment. And third, vastly increase access to that treatment.

All will require opposing sides to shelve the political posturing and adopt a third way. Democrats should start by supporting Republican efforts such as Governor Kim Reynolds' $20 million initiative to fund new programs for educators in Iowa. Republicans should get behind President Joe Biden's $2.5 billion commitment to dealing with the issue.

Not long ago, we considered substance abuse, alcoholism, and overly hostile anger simply as individual aberrant behavior. Today we know they derive from medical conditions. Treating them as such has saved uncounted thousands of lives. It is time we wake up and regard our dysfunctional politics the same way.