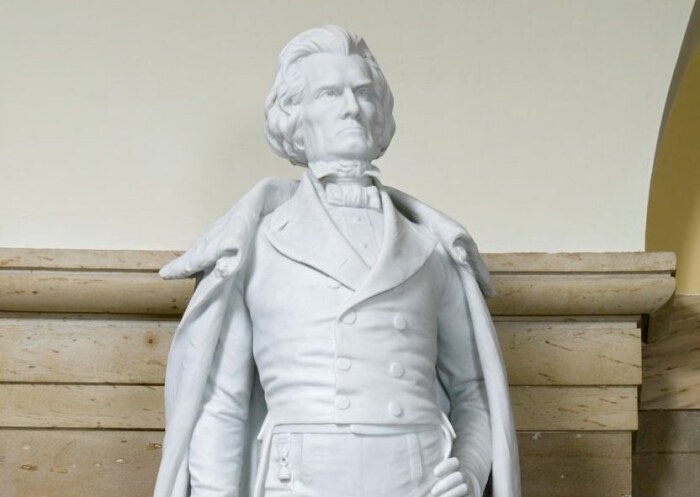 The U.S. House voted on June 29 to remove Confederate statues on public display at the Capitol and to replace a bust of Roger Taney with one of Thurgood Marshall. All 218 Democrats voted in favor, including Representative Cindy Axne (IA-03). Representative Ashley Hinson (IA-01) was among the 67 Republicans who also supported the bill. Representatives Mariannette Miller-Meeks (IA-02) and Randy Feenstra (IA-04) were among the 120 Republicans who voted against the legislation.

Feenstra's predecessor Steve King opposed a similar bill in 2020; all three Democrats who represented Iowa in the House last year voted to replace the bust of Taney and Confederate statues.

Under the bill, the architect of the Capitol would identify and remove statues depicting members of the Confederacy. "Any removed statue that was provided to the Capitol by a state would be returned to the state, which could then elect to replace it with another honoree," Barbara Sprunt reported for National Public Radio.

At least eight other statues and busts would be poised for removal under the measure, based on a preliminary assessment from staffers for Majority Leader Steny Hoyer, D-Md., who introduced the bill.

Bleeding Heartland sought comment on why Feenstra and Miller-Meeks opposed this legislation. Their staff did not reply to emails. Why any politician from a Union state would want Confederate politicians honored in the Capitol is beyond me.

Each state has contributed two statues to the Capitol. Iowa honors Samuel Kirkwood, a governor and senator during the 19th century, and renowned plant scientist Norman Borlaug. The statue of Borlaug was installed in 2014, replacing one of former Senator James Harlan, which had been on display in the Capitol for more than a century.

Top image: Statue of Vice President John Calhoun on display in the U.S. Capitol. Cropped from a photo on the Architect of the Capitol's website.