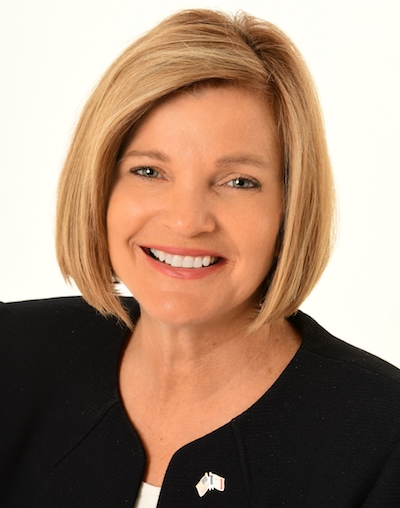 Less than a week after launching her Congressional campaign, State Senator Liz Mathis has eliminated any chance of serious competition for the Democratic nomination in the first district.

Mathis announced support last week from more than 100 well-known Iowa Democrats, including all recent U.S. House representatives, every current statewide official, and 48 current state legislators. It's not just the number of endorsements that will discourage others who may have considered running for Congress in northeast Iowa. Prominent voices representing all wings of the Democratic Party are behind Mathis.

I've enclosed below the full news release from the campaign. Looking only at endorsers who live in the 20 counties that are now part of IA-01, we can see that Mathis has support from backers of every major presidential candidate before the 2020 caucuses:

Iowa's new political map will be finalized sometime this fall, but it's clear that Linn County and much of northeast Iowa will still be part of the first Congressional district. While some other Democrat in the area may collect enough signatures to qualify for the 2022 primary ballot, Mathis will not need to spend any significant resources to become the nominee.

I've often advocated for competitive Democratic primaries, which can help candidates hone their skills and emerge battle-tested for the general election campaign. But Mathis won't be hurt by the lack of competition before next June; her long career in broadcast journalism and ten years of service in the Iowa Senate have given her more than enough practice in communicating a message.

Mathis is expected to face U.S. Representative Ashley Hinson in the 2022 general election. Republicans may have an open race for the IA-01 nomination if Senator Chuck Grassley retires and Hinson runs for U.S. Senate instead of for re-election.

“I’m proud to have earned the support from this group of Iowa leaders who have given so much to our state. These leaders know that Iowa families, small businesses, and communities deserve better than the broken promises and political games we’re seeing in Washington D.C., and I’m glad to have them with me in this race,” said Liz Mathis. “I’m running for Congress because eastern Iowa deserves a representative who listens to their concerns and delivers results. That’s exactly what I’ve spent my life doing, whether it’s as an elected official, as a journalist holding powerful interests accountable, or as a non-profit leader.”

“Congress needs people who not only listen, but who take the concerns they’re hearing from Iowans and turn them into action,” said Cindy Axne. “That’s who Liz Mathis has been her entire life, and that’s why I need her working with me in Congress to deliver for Iowans. I’m proud to call her a friend and can’t wait to call her a colleague.”

Serving in the Iowa Senate since 2011, Mathis has also had the opportunity to work with dozens of current and former Democratic legislators. Dozens of legislators, local elected officials and grassroots leaders are also supporting Mathis in her congressional race, including:

About Liz Mathis: Liz Mathis has been a journalist, a non-profit leader and a State Senator - no matter the role, she has listened and been a voice for Iowa families. After putting herself through college and earning a degree in journalism, she became an anchor for KWWL and KCRG, where she listened to Iowans and told their stories for 27 years. After her career in journalism, she continued her service as a non-profit leader in Cedar Rapids, helping families recover from floods and supporting children and adults requiring mental health care and basic needs. Serving in the State Senate since 2011, she has spoken up for families struggling with the state’s Medicaid program and created numerous measures that focused on children, Iowa’s economy and educational growth. Mathis and her husband Mark live in Hiawatha. They raised their kids, Mark and Mary Fran, in Waterloo and Robins.