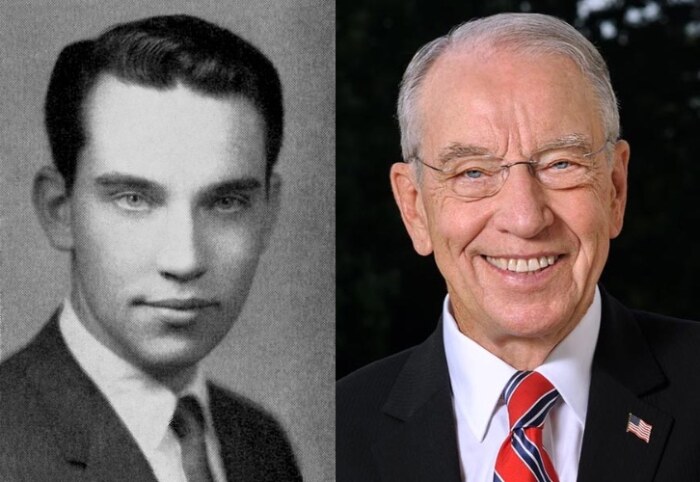 Chuck Grassley hasn't been acting like a senator who plans to retire. So it was no surprise when he confirmed at 4:00 am that he's running for an eighth U.S. Senate term. In a tweet from his campaign account, Grassley said he and his wife Barbara made the decision because he has "a lot more to do, for Iowa."

Grassley never lost an election hasn't lost an election since 1956, and barring some cataclysmic event, he's not going to lose next year. Everything stacks in his favor: name ID, fundraising capacity, a comfortable lead over his best-known Democratic challenger, Iowans' tendency to re-elect incumbents, generally favorable trends for Iowa GOP candidates, and the reality that midterms are usually tough for the president's party. (Though State Senator Jim Carlin is staying in the race, I don't see any path for Grassley's Republican primary opponent.)

Watching the chorus of Republicans hail Grassley's announcement, all I could think was I don't ever want to hear them call another Democrat a "career politician."

Cynics have speculated Grassley doesn't intend to serve in Washington until he's 95 years old. Rather, they say, he hopes to get re-elected and step down so that Governor Kim Reynolds can appoint a chosen successor. That person (probably U.S. Representative Ashley Hinson, though I've heard talk about Lieutenant Governor Adam Gregg) would be able to run for Senate as an incumbent.

For Republican insiders, this scenario is especially appealing because there would be no risk of a non-establishment candidate winning the GOP nomination, as might happen if Grassley retired now, setting up an open Senate primary in 2022.

I take Grassley at his word: like most farmers, he doesn't ever plan to retire. As long as he is physically able—and his health seems excellent—he will keep serving.

It's also a safe bet that Iowa Republicans will keep tagging Democrats as "career politicians" whenever they see an advantage in doing so. Hinson used that line against her 29-year-old opponent Abby Finkenauer in 2020. Now she is "all in" for Grassley, "100 percent."

For what it's worth, I have no problem with long-serving politicians who do their jobs well. I would have happily voted for Senator Tom Harkin in 2014 and again in 2020. So I would discourage Democrats from using rhetoric like Grassley "hasn’t lived in Iowa full-time since 1981."

There are 101 good reasons for not supporting Grassley's re-election. He has repeatedly voted to cut taxes for the wealthy and take health insurance away from the vulnerable. He opposes reproductive rights, equality for LGBTQ people, and many policies designed to address racial disparities. He covered for Donald Trump's manifold abuses of power to and failed to call out the Big Lie about the 2020 election, which fueled an unprecedented attack on democracy. The case against Grassley should rest on that record.

This post has been corrected to note that Grassley lost his first bid for elective office in 1956, when he was 23 years old. He finished second in a three-way Republican primary for an Iowa House seat in Butler County.