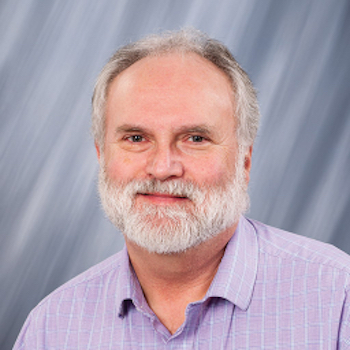 The University of Northern Iowa (UNI) has punished biology Professor Steve O’Kane and threatened him with possible termination after he told students to wear masks in a course he teaches in person, Vanessa Miller reported for the Cedar Rapids Gazette. None of O’Kane’s students had complained about the request. All who had signed up for his specialized class are now left without a qualified instructor.

It’s the latest example of how Iowa’s state universities and their governing body value the feelings of anti-maskers over the health and safety of students and staff, reducing the quality of education and bringing faculty morale to new lows.

REGENTS PRIORITIZE COMFORT OF THOSE WHO DISLIKE MASKS

Hundreds of colleges and universities around the country, including several of Iowa’s private universities, are requiring students and staff to wear face coverings in most indoor settings, to reduce the spread of COVID-19.

Iowa’s state universities could have done the same. The Republican-backed law banning mask mandates by K-12 school districts and local governments does not mention higher education. Nevertheless, Iowa Board of Regents President Mike Richards declared in May that at the three Regents institutions, “faculty, staff, students, and visitors to campus will not be required to wear a mask or other face covering” with only a few exceptions. The policy left the University of Iowa as the only Big Ten school with no mask mandate as part of its COVID-19 mitigation practices.

Since students came back to campus in August, Iowa’s coronavirus cases, hospitalizations, and deaths have surged as the Delta variant spreads. Nevertheless, Richards (a medical doctor by training) remains determined to keep masks optional at Regents schools.

In their zeal to appease their governing body and the Republicans who control state government and higher education budgets, administrators at the state universities have gone beyond not mandating masks to threatening academic freedom as they prevent faculty from working in a safe environment.

University of Iowa faculty were warned in August not to ask students to wear a mask in class or during office hours. A revised policy grudgingly acknowledged faculty’s First Amendment rights, allowing statements encouraging masks “as long as all sides have a voice in the conversation,” and students were not penalized for putting other people’s health at risk. Faculty are still not permitted to “direct students to sit in different areas of the classroom based on whether they are wearing face masks,” meaning that immuno-compromised students can’t be distanced from unmasked classmates.

University of Iowa Professor Silvia Secchi told The New Yorker last month, “I am being forced to behave in ways that are contrary to the best science and the best public-health advice. And I cannot even discuss this with my students.” She observed that university policy had no “equivalent measures to protect the health and feelings of those who decide they want to be masked, who are vaccinated, and who may feel uncomfortable in a classroom where their classmates are not.”

UNI PROFESSOR: “THIS IS ONE OF MY HILLS”

Hundreds of faculty at the University of Iowa, Iowa State University, and UNI signed petitions in August urging stronger mitigation practices, including mask mandates. But few have publicly defied the policies.

O’Kane is an exception. He introduced a resolution in UNI’s Faculty Senate saying “Faculty members, at their own discretion, should manage their own classroom in a way that maximizes their own and their students’ health and, by extension, the health of the broader university and local community.” And he walked his talk, telling the Cedar Rapids Gazette’s Miller on September 27 that he had told students in a plant systematics class to wear masks or risk receiving lower laboratory grades.

“I have made it clear to the administration that I am willing to be terminated for my actions,” he said. “Of course, I would immediately sue the university and the Board of Regents if that were to come to pass.”

Faculty need more freedom to require masking as the delta variant of COVID-19 is driving another surge of the disease, O’Kane argued, estimating that only one or two out of 100 wear masks in UNI’s McCollum Science Hall, “even after their professor has pleaded with them to do so.”

“My students, not surprisingly, now all wear masks as they know there will be consequences to their grades,” he said.

One of O’Kane’s students later confirmed to Miller the professor had told students enrolled in one advanced class that he “health issues and just for everyone’s safety I’m going to ask you guys to wear masks.”

John Fritch, dean of UNI’s College of Humanities, Arts and Sciences met with O’Kane and his department chair on September 28 and sent him a “Notice of Disciplinary Action” the following day. Fritch removed O’Kane from teaching his in-person class, and ordered him to complete training sessions by November 30 addressing “your professional responsibilities as a faculty member, including the need to follow university policies.” Fritch also told O’Kane he will receive a “Needs Improvement” performance evaluation for this academic year, making him ineligible for merit pay, and could face “further disciplinary action up to and including termination.”

O’Kane was undeterred, telling Miller he had informed administrators including Provost Jose Herrera, “most of us somewhere in our lives have a hill they’re willing to die on. And this is one of my hills.” He says he will require masks if he teaches in person for the spring semester and is willing to be fired over the issue.

In a blog post for Academe, O’Kane wrote that he considers it “morally and ethically wrong” to disallow mask mandates. During meetings with UNI administrators,

I was asked if there was anything that could be done to make me feel more “safe.” “Of course there were,” I explained, “but the point isn’t my health I’m worried about”—although I do have health concerns that make COVID-19 particularly dangerous for me. I’m worried about the big picture. Just ‘locking down’ my classroom essentially does nothing for the larger university community. I was adamant that I would not under any circumstances rescind my mask mandate.

UNI’S “IMPEDING THE EDUCATION AND CAREERS” OF STUDENTS

In a letter of support released by the United Faculty union on October 2, student Aaron Boies wrote,

All of the professors have the choice to teach online but they teach us in person because they care about their students and believe that they learn best in person. This particular course cannot be taught online and must be done hands-on in a classroom, so this request to wear masks was not unreasonable as we ARE STILL IN A PANDEMIC. The actions taken against Dr. O’Kane are impeding the education and careers of his students, many of whom are graduating within a year. This punishment enforced by the board of regents is politically motivated and the policy is failing the students and professors.

Another student in the class, Brian Yarahmadi, “needs the class to graduate this winter,” Miller reported.

None of the students had a problem with O’Kane’s requirement they wear a mask, he said. And none were disciplined for not wearing one.

“And right now, they don’t know who’s going to take over the class,” Yarahmadi, 21, told The Gazette on Friday [October 1]. “It’s highly specialized. Dr. O’Kane — no one has anywhere near his sort of knowledge. Right now he’s publishing an Iowa flora book. … There are species named after him, and he’s discovered so many species himself, too.”

Whatever alternative administrators find will deprive the UNI students the educational experience they signed up for, Yarahmadi said. […]

Yarahmadi asked the dean during the meeting why they took such an extreme step.

“It seems completely disproportionate to what he did,” he said. “Pretty much like all the other questions, they ran around it. It was just kind of disappointing. There were no real answers.”

Miller asked the Board of Regents for emails received regarding O’Kane’s actions. Only one person (not a student in O’Kane’s classes) had complained about the professor’s alleged “abuse of power.”

UNI sent Miller a written statement saying the university “is extremely sensitive to student concerns,” and administrators “are working to quickly bring in an experienced instructor.” The statement added that even if some students complied with O’Kane’s mandate, ”UNI must protect the rights of all students.“

No court has recognized any right not to wear masks. The state of Iowa is not even claiming such a right exists in litigation over the law banning mask mandates in K-12 schools.

While he had other options to protect his own personal safety, he took this stand on behalf of all of us. In particular, he stands for other faculty he knows who are vulnerable in classrooms filled to capacity with unmasked students and more vulnerable economically and professionally to possible sanctions.

Hawbaker and Martin noted, “There are so many things wrong with this decision it is hard to know where to start, but United Faculty will pursue each and every issue and will strenuously defend Dr. O’Kane.” The union will file a prohibited practice complaint against UNI and the Board of Regents, on the grounds that Iowa Code Chapter 20 “protects the rights of employees to organize for mutual aid and protection as long as the action is not prohibited by law. The BOR statement lifting the state of emergency is not a law, and it’s a stretch to even call it a policy.”

The union also asserts UNI violated its own policies in three ways:

Hawbaker and Martin characterized the discipline imposed as a “disproportionate, unnecessarily disruptive, political show of force that harms O’Kane’s students and their learning […].” They pointed out that O’Kane has received the Board of Regents’ Award of Excellence and is “uniquely” qualified to teach his courses.

Finally, it is important to note that Dr. O’Kane chose to teach in-person rather than requesting to teach online because he believed it was the best way to teach a lab class and the best way for students to learn his content. His deep commitment to his students, at risk to his own health, makes his removal from the classroom all the more outrageous.

UNI administrators should stop trying to make an example out of O’Kane and focus on improving COVID-19 mitigation efforts on campus. Community transmission in Black Hawk County remains high, according to the U.S. Centers for Disease Control. Weekly positive tests in the area are down slightly since early September but still significantly higher than at any time since early February, according to data compiled at Iowa COVID-19 Tracker.