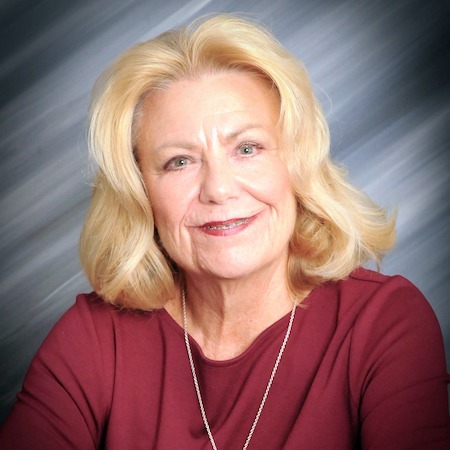 Democratic State Senator Pam Jochum will not be a candidate for governor in 2022, she confirmed to Bleeding Heartland on November 1. The longtime senator from Dubuque seriously considered the gubernatorial race in recent months. She could have run for statewide office without giving up her seat in the legislature, because she was re-elected to a four-year term in 2020, and Iowa's redistricting plan puts her in an even-numbered Senate district, which won't be on the ballot until 2024.

In a written statement, Jochum said she had been "humbled by the outpouring of support" for a potential candidacy. But after speaking with many activists and much "soul searching and prayers," she determined, "My place is a strong voice in the legislative branch of government."

Jochum believes Governor Kim Reynolds is "very vulnerable, but it is not going to be easy" to beat her. It would take "a minimum of $15 million to launch an effective campaign, and to "put all of the pieces together," she would have needed to make the decision last spring.

As for the key issues for the upcoming campaign, Jochum mentioned the following:

Kim Reynolds owns this pandemic now and all of the illness, death, and economic woes it has brought. She has turned her back on Iowa's working families and Iowa's children with her radical right agenda that has shortchanged education, the social and economic safety net, our democracy, human rights, and the list goes on.

She has squandered tremendous opportunities afforded Iowa with unprecedented federal funding to help shore up child care, the public health system, direct care workers who care for Iowa's most vulnerable citizens, protecting and conserving our natural resources as the world takes on climate change, and repairing the gaping holes in our economic safety net that this pandemic has exposed. I no longer recognize the Iowa I love and admired.

Jochum did not endorse any other contender but expressed her best wishes to those seeking to make Reynolds a one-term governor. Ras Smith and Deidre DeJear have been actively campaigning for several months. Long-shot candidates Paul Dahl and Joshua Kuhn-McRoberts have said they are running as well. Other Democrats who have not ruled out the race include State Auditor Rob Sand and U.S. Representative Cindy Axne.