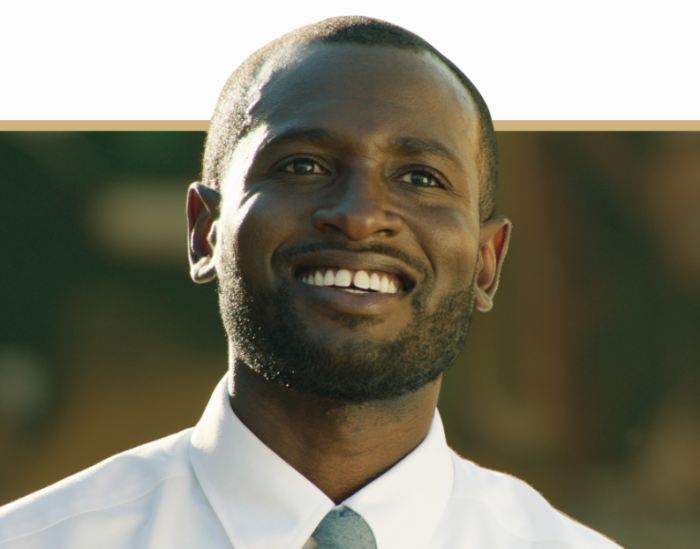 IA-Gov: Ras Smith is in

State Representative Ras Smith became Iowa's first well-known Democratic candidate for governor on June 15, declaring in an upbeat campaign video, "I believe that Iowa's greatest days are ahead of us."

Smith has represented part of Waterloo in the Iowa House since 2017 and at age 33 is the youngest of the 41 Democrats now serving in the lower chamber. He has been a leading voice in the legislature on matters of racial justice. He co-founded the Iowa Legislative Black Caucus in 2019 and helped negotiate the policing reform bill lawmakers approved unanimously last June. He spoke at many Black Lives Matter protests and demonstrations in 2020 as well. Jaylen Cavil, director of advocacy for the Des Moines Black Liberation Movement, has expressed appreciation for how Smith consistently uses his position in the legislature to support young activists, push for their policies, and "bring us to the table."

Smith has been the ranking Democrat on the House Education committee since 2019, often speaking during the chamber's debates on education-related bills to highlight matters of equity. He also serves on the Agriculture and Natural Resources committees, has a family farm in Grundy County, and is an avid hunter of turkey and pheasant.

The son of "a military mom and a factory father" (a longtime John Deere employee), Smith has been an outspoken advocate for Iowa workers. During the early weeks of the COVID-19 pandemic, he sounded the alarm about unsafe conditions at Tyson's pork processing plant in Waterloo and was among Black Hawk County politicians who called for suspending operations there amid a large coronavirus outbreak.

In a December 2020 commentary for Bleeding Heartland, Smith criticized the "preventable suffering and loss at the hands of poor leadership" during the pandemic, saying Governor Kim Reynolds had "permitted grave abuses of power that destroyed lives, and in some cases cost lives." While touring the state this year, he has promoted a "Workers Bill of Rights."

But Smith kept the message mostly positive when introducing himself as a candidate for governor in a video released today, titled "Shoes We Wear."

Iowans deserve a governor who will embrace the challenges of today as opportunities to lead tomorrow. A governor that when the days get long will have your back. Because in Iowa we're proud of the work that we do and the shoes that we wear. We deserve a government that is worthy of our work.

I've planted those fields. I've walked down those hallways, and I've been in those shoes. And I have faith that when we work together, when we use new eyes to look at old problems, we can build a state where everyone can succeed.

Smith is highly regarded by Iowa progressives, even though he endorsed Joe Biden and worked as his campaign's coalitions director before the 2020 caucuses. He has never had to raise much money for his Iowa House races in a safe Democratic district, so fundraising could be a challenge as he builds a statewide campaign. You can follow his candidacy on Facebook, Twitter, or by signing up for emails through RasforIowa.com.

Other Democrats who haven't ruled out running for governor next year include State Auditor Rob Sand, U.S. Representative Cindy Axne, and State Senator Rob Hogg, who announced on June 14 that he won't seek re-election to the Iowa Senate.

State Senator Liz Mathis, once rumored to be a possible candidate for governor, is now "seriously considering" running for Congress in the first district instead.

Kim West filed a statement of organization in April to run for governor as a Democrat. With no obvious constituency or base of support, he is unlikely to become a factor in the primary campaign.

P.S.-- Smith and fellow Iowa House Democrat Timi Brown-Powers (who represents a neighboring Waterloo district) still haven't received documents they requested from the governor's office in April 2020 related to the administration's communication with meatpacking industry leaders. Smith offered an amendment to an appropriations bill this year that would have required the governor's office to fulfill outstanding public records requests before spending any funds allocated for the fiscal year that begins on July 1. The chair ruled his amendment not germane to the bill.