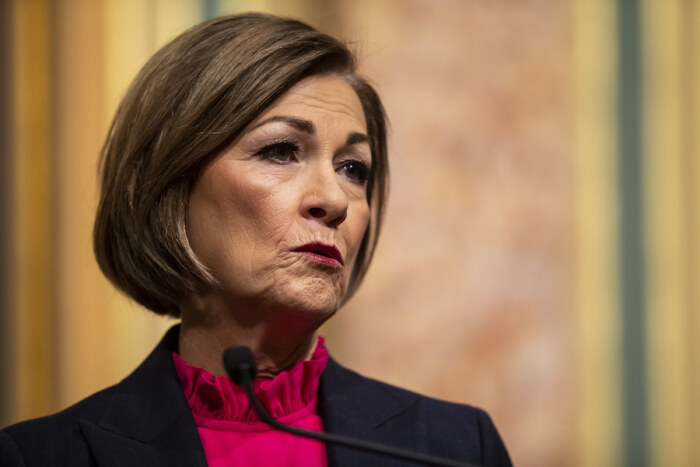 Dave Swenson: Treating the unemployed as if they were social pariahs is not the path to economic recovery.

When a bogus meme gets a head of steam, watch out!

Conservative circles decided last summer that the economy wasn’t growing because of lucrative, federally-funded unemployment benefits. It was clear to those with this view that eliminating extra unemployment benefits would shock all of those over-compensated idlers into finding work.

And so it was that about half of the states, Iowa included, declined extended and emergency federal benefits for their unemployed beginning in June of 2021. A boom in job growth, they were convinced, would soon follow.

PUTTING THE NUMBERS IN CONTEXT

Iowa had a very low unemployment rate and about 50,000 unemployed Iowans in February 2020, before we knew what COVID-19 would do to us. By April the number of unemployed persons quadrupled because the pandemic shut down many businesses. That surge in the unemployed, however, declined as the economy incrementally opened back up again, and by November 2020, it had dropped below 60,000.

All things considered, not bad.

But the full brunt of the pandemic was yet to hit us, and unemployment edged back up considerably into early 2021. By summertime, Reynolds and a host of other red-state governors declared that they’d had enough of this mollycoddling of the pandemic-hammered labor force. It was time to get tough.

Getting tough meant that two-thirds of the unemployed Iowans who had been receiving benefits underwritten by the federal government lost their weekly support. They were comprised primarily of two types: those for whom conventional unemployment insurance didn’t apply, like sole proprietors, “gig” workers, independent contractors, etc.; and those who had exhausted their initial Iowa unemployment limit of 26 weeks of coverage and were receiving extended benefits.

As many as 25,000 Iowans were tossed out of the unemployment benefit system between last June, when Iowa withdrew its support, and September, when those federal benefits would have expired anyway.

From June to November 2021, total employed persons in the state did grow by 11,350, but we have no idea how many of those 11,350 were from the pool who lost their benefits. There simply is no evidence that the benefits reduction affected the rate of re-employment for the victims of the policy change as compared to those unemployed who had remained in the state-funded unemployment system.

What we do know is that Iowa’s recovery in the second half of last year was awful. Total payroll job growth in Iowa between June and November was a mere 1 percent. The average rate of payroll job growth for the U.S. was 2 percent. Despite Iowa’s harsh, get-your-butts-to-work treatment of the unemployed then, our job growth was half the national rate.

Not to be deterred, Reynolds doubled down in October 2021 by tightening unemployment policies further: “I want to be sure that no Iowan who is receiving unemployment benefits unnecessarily remains on the sidelines,” she said. Those who would henceforth be receiving state unemployment benefits would be required to initiate job searches in the first week of compensated unemployment instead of the fifth, would need to double their contacts with their case overseer, and the number of activities constituting a legitimate job search was reduced by more than half. The new policy took effect this month.

Again with the whip, but here’s the rub: in November 2021, a mere 9,665 Iowans were receiving unemployment benefits out of 61,600 unemployed persons – just 16 percent – according to the state’s monthly unemployment summary. That number jumped to 15,800 in December, but it still a small subset of the total unemployed. All of this policy stridency has had absolutely nothing at all to do with the large majorities of unemployed Iowans who are not receiving benefits.

And that’s the folly of all of this. State policy intolerance of the status of being unemployed has not yielded results beyond the creation of business-friendly sound bites. Iowa’s economy did not pick up, and this experiment in labor force negative reinforcement has not boosted job growth as was supposed.

To be sure, though, eliminating federal benefits early did harm thousands of Iowans as well as the overall economy, because it reduced household spending by the amount of federal benefits forgone.

Governor Reynolds is not done. She took another swipe at jobless Iowans in her Condition of the State address last week. The unemployed in Iowa, she said, “have six months to collect unemployment benefits while they look for one of the many open jobs. Frankly, that’s more time than necessary.” She wants the law changed to reduce the weeks of benefit eligibility to sixteen instead of the current 26, because she believes “the government has taken away the need or desire to work. The safety net has become a hammock.”

All of this misses the big problem in Iowa, the one that truly confounds us. Iowa’s labor force contracted sharply during the pandemic recession and has been slow to recover. As of last measure, it was down over 67,000 persons from before the pandemic. Iowa's rate of labor force contraction rate in November was still more than twice that of the nation.

Iowans left the labor force in greater numbers than expected, and those who are not in the labor force are not counted as the unemployed. They receive no benefits; they cannot be browbeaten by state policies. Iowa’s biggest challenge is to create an economy that re-welcomes people such that they again begin searching for jobs again.

While we don’t know why people left the labor force in such high numbers, other than it was and remains obviously pandemic related, the evidence so far shows that the current policy of treating the unemployed as if they were social pariahs is not the path to economic recovery.

Dave Swenson is an economist at Iowa State University.