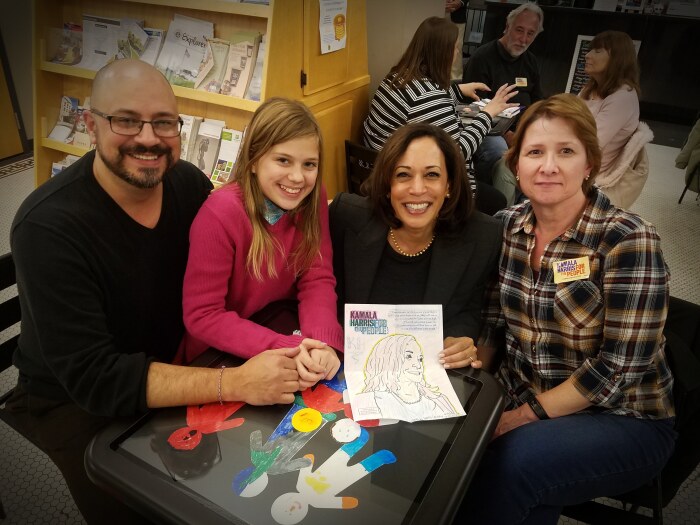 I grew up the younger of two boys in a military family whose ancestors immigrated from western Europe. By the time I was old enough to be making significant memories, my family had settled into a rural community just outside the Air Force base where dad was stationed in Nebraska. I did most of my growing up in that small town.

In the classroom, I do not remember a single reference to Black History Month. Our space was adorned with hearts and cupids for Valentine’s Day. There was also the rare silhouette of Abraham Lincoln and George Washington pinned to a bulletin board.

My parents sent me to a private high school in Omaha, in part for religious reasons but also because of negative experiences in our rural public school. As a military brat, I never quite fit into those grade school and junior high classrooms full of kids who had known each other since birth. High school could be a fresh start. It was.

Though the church-sponsored school was traditionally conservative, I had my first exposure there to people and ideas I had never even considered. Being in an educational space with African American students and students of Asian and Indian descent was as new to me as the content of the curriculum. They brought perspectives I had never considered and which appeared bold at the time.

I now know that those perspectives were likely much broader and were kept mostly muted so they would “fit in."

I was introduced to literature that I thought was progressive: Huckleberry Finn, Black Like Me, and To Kill a Mockingbird. Again, they had me considering the life experience of people different from me. Though powerful and thought-provoking, with a heavy emphasis on the Black experience in America, it was not until many years later that someone pointed out to me that none of those books were written by Black authors.

Once again, I was only getting a sliver of a potential education, but I did not have the tools, vision, or courage to challenge it at that time. Had literature been presented from that perspective, it may have changed my affinity for those volumes, or at least made me a more critical reader of them.

My school did have a single, one-semester comparative literature course, which could be taken as an elective. The class was somewhat controversial in that it approached literature from positions of ethnicity and origin. Sadly, it never made my schedule.

In college, I became an organizer with a group called MUST ACT (Marquette University Students Taking Action by Coming Together), which was part of the anti-apartheid movement in America. It was then that I read Biko—Cry Freedom, and was moved by the suffering South Africa's Black people endured. That book made Steven Biko a personal hero and inspiration.

I did not appreciate its bias until a Black South African friend pointed out that the white journalist who wrote that book focused more on his own escape from the country than on the plight of South Africans and Biko.

My friend introduced me to Mark Mathabane, Miriam Makebe, and other South African authors who had written about their own experiences as Black men and women in their country. He then invited me to examine the breadth of my education and the books in my personal library and to confront their shaping of my understanding of being Black in America. He challenged me to break through the systemic racism that had infiltrated what I believe was a well-intentioned education. I have shelved many of these past favorites in the process.

I am not suggesting banning the books I had previously read. Book banning is high in the news feed in Iowa this year. Our Republican-led legislatures have launched into an all-out attack on public education and the books in school libraries. The Iowa Senate president accused public school teachers of having a "sinister agenda" and introduced legislation to make criminals out of teachers who recommend books to students that the conservative legislators feel are inappropriate.

My suggestion is not to read less. It is to read more, and read critically!

As part of Black History Month, for people who seek equity of privilege, power, and property, and for teachers, I share this list of recommended reading offered by Black educators.

This is only a limited list. Many more books worth reading can be found on the Black History page of Social Justice Books. That website recommends material for readers of all ages, with diverse inclusion of gender, origin, sexuality, and authors' intersectional identities.

I have far more education to attend to than I have lessons to teach, but I encourage everyone to take this month to do just that. Read banned books. Celebrate Black history.

Top photo, provided by the author and published with permission, taken by a Kamala for President staffer at the Council Bluffs Chamber of Commerce in October 2019. From left: Glenn Hurst, daughter Tierney Couglin, Kamala Harris, and spouse Rhonda Noel-Hurst.