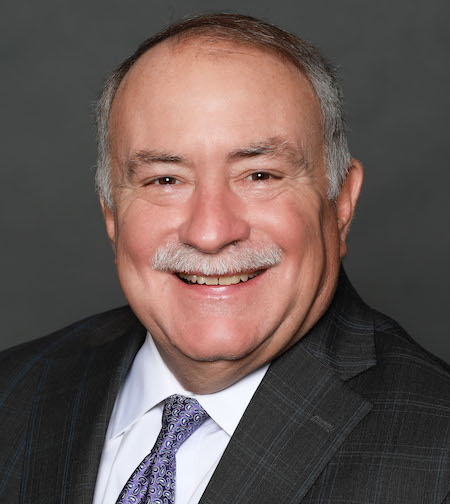 One of the most experienced Iowa House Republicans failed to qualify for the 2022 primary ballot after collecting some signatures from voters who no longer live in his Council Bluffs district.

Assistant Majority Leader Brent Siegrist served eighteen years in the Iowa House, rising to the positions of majority leader and speaker, before retiring in 2002 to run for Congress. He worked as a lobbyist for many years, then ran for the state House again in 2020 and was elected to represent a district covering part of Council Bluffs.

Iowa's new political map placed Siegrist in House district 19, also covering about half of that city. He submitted his nominating papers on March 16 and initially appeared on the primary candidate list. But that list no longer has any Republican candidate for House district 19 after Siegrist withdrew his papers.

How on earth did this happen?

FAILING TO CLEAR A LOW BAR

Here's the House district where Siegrist won in 2020: And here's the new House district 19 (click the link to enlarge): 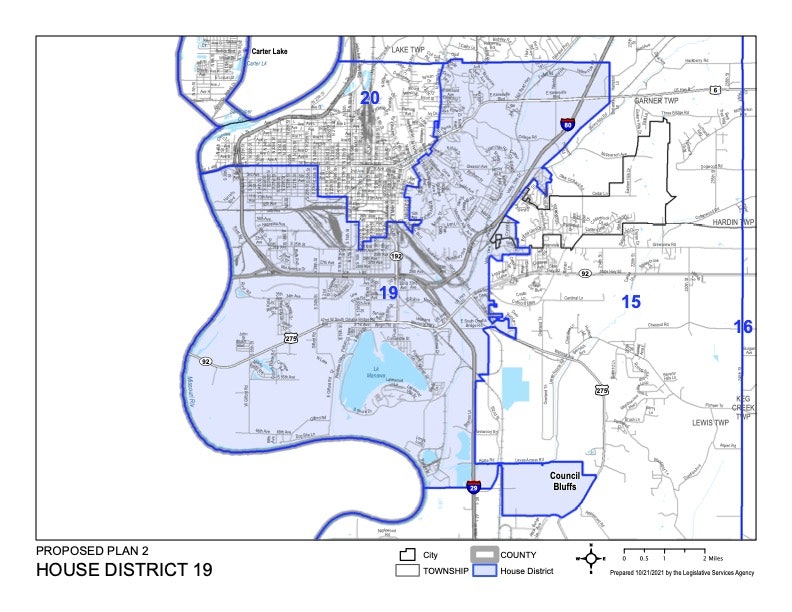 An energetic person with strong local connections should be able to collect 50 signatures in a day. It shouldn't be hard to make sure everyone who signed is eligible to vote and lives in the House district.

I am very much looking forward to running for re-election in House District 19 after the new legislative maps were approved. In order to run, you have to get 50 signatures on nomination petitions. I got more than that and I turned them in. I looked at the signatures and thought I was good to go. As it turned out, enough signatures were from voters living in my current district (HD 16) that were not valid in the new district and as a result, I was a couple of signatures short. Absolutely my fault and very embarrassing. I got my last 20 signatures in my neighborhood and if I would have gone to a couple more houses everything would have been fine. As a result of my mistake, I withdrew my nomination papers for HD 19.

He is extremely lucky no other Republican filed for the House seat. If anyone else had qualified for the primary ballot, that person would be almost guaranteed to win the most votes on June 7, and Siegrist would be out of contention.

Siegrist wrote on Facebook that he "immediately informed the Republican Party and they began the process of convening a nominating convention" in House district 19, which will take place "as soon as possible. [...] As the only Republican who filed to run, I will be asking the convention to nominate me to be ready to go in the next election."

Republican delegates from the precincts in House district 19 may select the party's general election candidate. However, delegates will not be bound to select Siegrist; anyone could compete at the district convention.

Republican State Representative Jon Jacobsen also lives in House district 19, though most of his Pottawattamie County constituents reside in other House districts. He didn't submit nominating papers for any office this month.

Asked whether he might compete for the GOP nomination in House district 19, Jacobsen told Bleeding Heartland on March 26 that he will announce his 2022 plans soon. He has previously said he intends to run in Senate district 8 in 2024.

Siegrist wrote on Facebook, "I believe that I have shown that I am an effective leader who get things accomplished for the people of Council Bluffs. I am looking forward to getting this situation remedied and getting out on the campaign trail to talk about the positive impact I am having in the Iowa House."

The date of the nominating convention has not been set. My reading of Iowa Code is that such a convention must be held after the June 7 primary election, since no Republican qualified for the ballot. If Siegrist had qualified for the ballot and withdrawn by this time, I believe a district convention could have nominated a new GOP candidate by April 4. But Siegrist didn't submit enough signatures for the office, and therefore was not in a position to withdraw as a candidate.

Another possible scenario: voters in House district 19 could nominate a GOP candidate on June 7. Iowa Code Chapter 43.66 outlines a path for write-in candidates to win the nomination "if there is no candidate on the official primary ballot" for a party. To be successful, a write-in candidate would need at least 35 percent of all votes cast in the House district 19 precincts for all Republican candidates for U.S. House in the 2020 election, or at least 100 votes, whichever is greater.

GOP primary turnout in Pottawattamie County was fairly low in 2020, so it might be feasible for a well-organized campaign to secure enough write-in votes in House district 19 on June 7. That would take an unpredictable special district convention off the table.

If any other Republican appears to be campaigning for this seat, I expect House Republicans to spend significant funds before the primary encouraging voters to write in Siegrist.

Two Democrats are competing for the nomination in House district 19: Elizabeth Christensen and Vergarie Sanford.